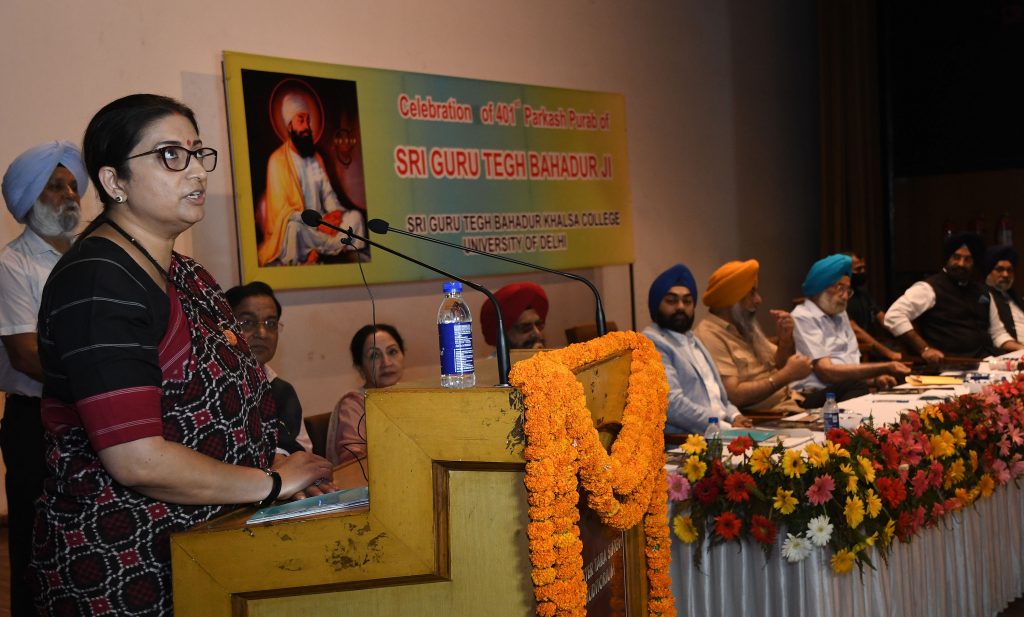 Union Minister Smriti Irani on Thursday urged the youth to use technology and education as their “weapons” to protect their country and religion. Addressing an event at Delhi University’s Khalsa College on 401st Prakash Purab of Sri Guru Tegh Bahadur, Irani noted that education is “very important” to lead a life without malice and envy.

“The religious leaders have taught the world to live without malice and envy. And to live without fear and envy is only possible when you are educated. Does that education mean that an institution provides? Possible not, that is one vertical of education,” said the Union Minister for Women and Child Development.

During the event, Irani also reprimanded students in the audience who were hooting and laughing, saying it is “not a joyous occasion but a reminder of a sacrifice” of the ninth Sikh Guru.

Speaking on the occasion, Principal Jaswinder Singh said, “The event has been organised to celebrate the 401st Prakash Purab of Sri Guru Tegh Bahadur. The supreme sacrifice made by the ninth Guru is known around the world. He made the supreme sacrifice in this city while protecting the freedom of speech, and while protecting the freedom to the choice of religion,” he said.