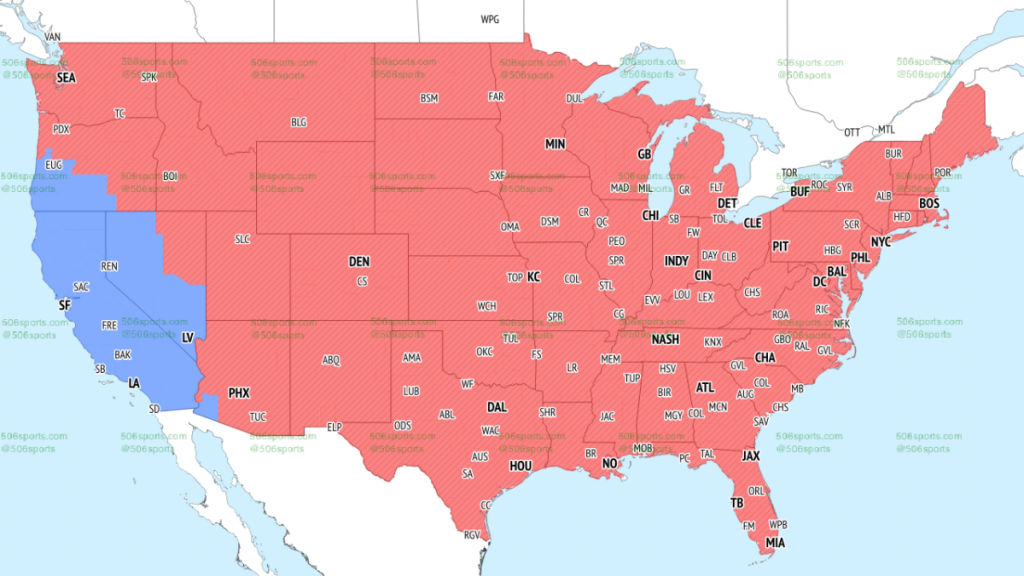 Will you be able to watch that game on TV? If you live in the red areas on the map below you’ll get this game on your local CBS channels, according to 506sports.com:

Once again in the broadcast booth and on the sidelines, Chiefs Kingdom gets Tony Romo, Jim Nantz and Tracy Wolfson on the call. This is the fifth time they’ve had this specific crew this season. They’re considered to be the top crew for CBS and having them indicates this is the “marquee game” of the week for the broadcast network.

A rematch of last year’s AFC Championship Game, it’s no surprise that the Chiefs and Bengals are practically getting a national broadcast. Kansas City is out for revenge and redemption after getting bumped from the playoffs at Arrowhead Stadium by Cincy last year. The blue portions of the map will get the Los Angeles Chargers and Las Vegas Raiders in an AFC West showdown.