Will the Rams-Panthers game be on TV in my area? 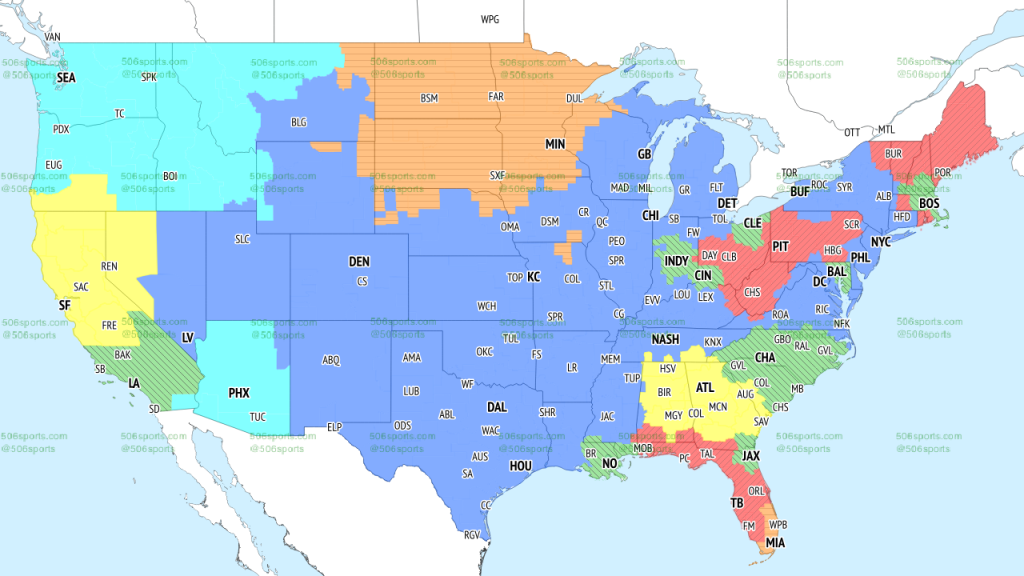 The Los Angeles Rams were on the big stage last week when they hosted the Dallas Cowboys on Sunday afternoon, a game they lost 22-10. That matchup was in the late afternoon window and while it wasn’t a prime-time game, nearly the entire country got it on TV.

This week, the audience won’t be nearly as big. Rams-Panthers will be carried by FOX again, with Kevin Kugler and Mark Sanchez on the call. Only select areas of the country will get the game on TV, including Southern California, South Carolina and other select cities.

Check the map to see if you’ll be able to watch Rams-Panthers. The green area will have the game on FOX.

The Rams are sitting at 2-3 on the year and now get a Panthers team that doesn’t have its starting quarterback or head coach. Baker Mayfield is injured and Matt Rhule was fired this week, with Steve Wilks taking over as the interim coach.