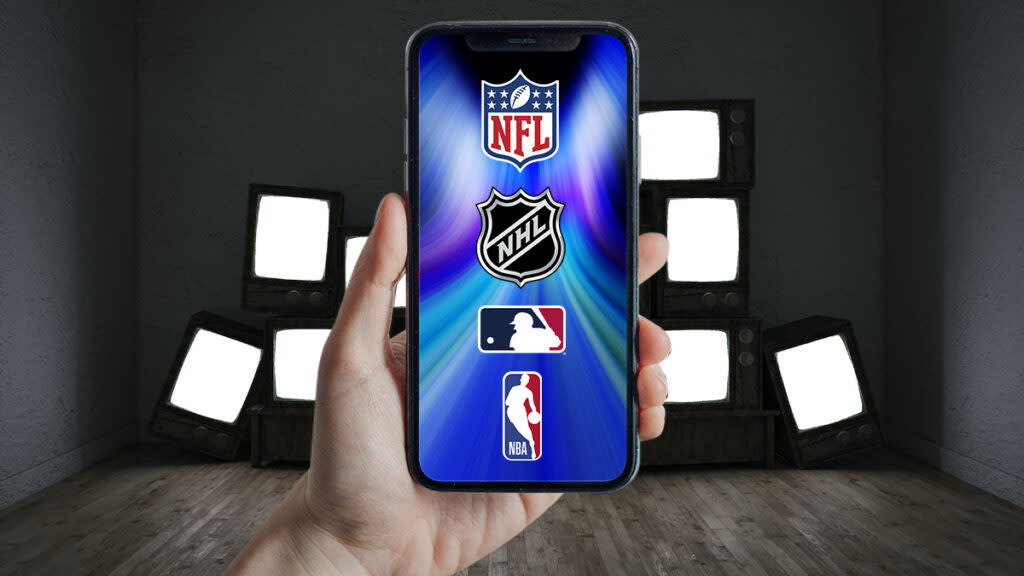 Streaming has hijacked our attention since the dawn of Netflix, causing many to wonder: Why is traditional broadcasting still alive?

For that, we can thank the changing tides of viewer loyalties. Seasonal churn is the ebb and flow of subscribers who got what they came for and aren’t in the business for more. Think those who signed up to HBO solely for “Game of Thrones,” “The Sopranos” or “Euphoria” and dropped out after the season’s finale.

Streaming giants are looking for ways to connect with more consistent viewer bases, and a few of the latest headlines hint at the direction they’re looking in. We’ve already seen Apple TV+’s recent deal with Major League Baseball, nabbing exclusive streaming rights for Friday night games. This partnership is making one thing very clear: Sports are not far behind the Kardashians when it comes to the switch to streaming. But if major streamers want to overcome the churn entirely, they will have to go down the sports path full steam ahead.

Our favorite series might be bringing in unprecedented amounts of revenue, but seasonal viewing cycles mean subscribers flee regardless of how much of a hit it was. Why would they extend their subscription if the Westeros carnage is over? Time to head to Netflix for some “Squid Game” carnage instead.

Viewers can continue or end their subscriptions each month at will, and this model is both a major selling point and an even more major drawback for the streamers themselves. It’s convenient for consumers’ wallets to catch a break between seasons. But monthly, rather than annually upfront, payments deny streaming services steady yearlong cash flows.

While a streamer like Netflix might hit the viewership lottery one month, consistent success isn’t guaranteed. As more and more streaming platforms go live, viewers have the luxury of non-commitment, leaving big streamers to cross their fingers and hope for the best at the month’s end.

This churn definitely has a hold on the streaming giants. But streamers have been able to survive because viewers prefer their wider array of content, lower cost, and greater convenience compared to cable… just not enough to kill off live TV entirely, though.

Sports partnerships are streamers’ not-so-secret weapon to pull more viewers from traditional broadcasting and maybe even get them to commit and stick around, potentially for good. By 2024, an estimated 46.6 million households will have “cut the cord,” meaning more than a third of all U.S. households are ready to scrap their pay TV, according to market research company eMarketer.

Viewers are pretty unlikely to reach for the remote, unless they’re going to put a game on. Reality shows and live sports are the two predominant reasons people have kept their TVs around, according to a Nielsen study. And reality TV is practically making a new name for itself by dropping the “TV” as they switch to streaming, allowing millions to binge shows like “Too Hot to Handle” and “Queer Eye.”

Sports documentaries, like “Drive to Survive,” the Netflix docuseries about Formula 1, have already put all eyes on streamers and partners alike. After “Drive to Survive” debuted in 2019, race-day ticket sales for the first United States Grand Prix rose 15% from the previous year. Bobby Epstein, the race’s promoter, told the New York Times he attributed this spike to “the Netflix series giving people access to the behind-the-scenes personalities.”

By leveraging sports content, global streaming platforms can secure a consistent year-round fan base, delivering direct-to-consumer (D2C) content season-long for a cheaper price. An average NBA ticket sells for a whopping $96, nine times the price of a Netflix subscription. A family of four attending an NBA game can pay nearly half a grand for tickets, parking, and a bite to eat. In-person viewing relieves families of the struggle to find room in the budget for a sports game that isn’t little league.

For streamers, it’s a no-brainer

There’s another card working against traditional broadcasting on this front. Consumer trends already show people are getting tired of conventional sports viewing. A 2021 study conducted by Lines, a sports betting and news outlet, reported 74% of sports fans plan to cut the cable at some point in the next five months, and 86% of the study’s respondents have used a streaming service to watch sports.

Amazon has already made strides in the sports space with limited National Football League rights in the U.S., paying almost $1 billion annually throughout its 10-year deal with the NFL. Amazon Prime Video’s unprecedented exclusive access to the NFL’s Thursday Night Football’s full package of games unlocks an entirely new category of viewership.

The current challenge for global streamers is down to navigating the complexities of the sports rights acquisitions system. Most sports entities market their rights by territories, acquiring global rights that cost a pretty penny and are also impractical, thanks to complex ownership structure. Some sports entities are however private businesses, and it’s a matter of time before one will find a home or even new ownership and become a part of a global media streaming platform business.

As traditional broadcasting moves away from cable TV and radio, television shows, movies, and now sporting events can find a new home. Streaming platforms are handed a unique opportunity to dominate sports streaming with cheaper and more convenient options by taking advantage of the subscription model. Traditional streaming platforms can bring in more consistent annual viewership, fixing the churn problem and beating traditional broadcasting at its own game.