Why nationwide 5G is possible with 10,000 towers, who benefits and what gives 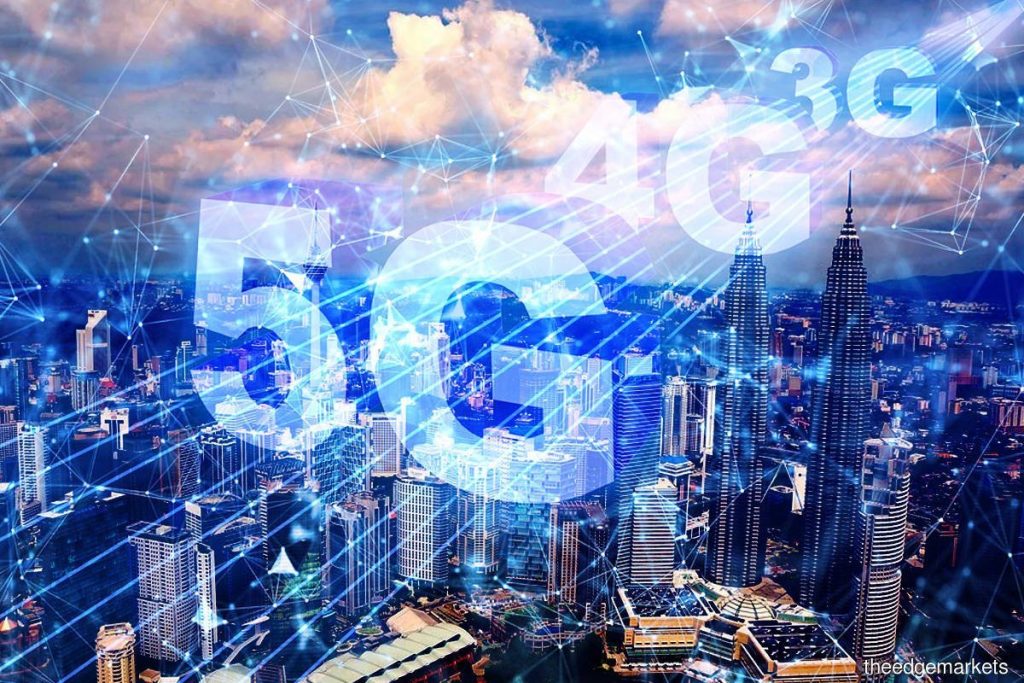 WITH parliament slated to reconvene from Feb 28, the country may know by month’s end if the government will stick to its decision to accelerate the rollout of 5G with a single wholesale network (SWN) model via government-controlled Digital Nasional Bhd (DNB).

It is understood that the final decision on 5G — for which uncertainties were brought about by strong lobbies for a second privately owned 5G network consortium — has been delayed beyond end-January given that the cabinet’s attention has been mainly focused on addressing flood-related matters as well as ensuring that the Covid-19 outbreak is under control to protect lives and livelihoods, and that the economy rebounds strongly this year. Efforts to deliver booster shots are being stepped up to combat the Omicron wave here, even as politicians strategise ahead of the Johor snap polls that will take place by end-March.

In the meantime, those following the 5G debate would have come across several questions raised by opponents of the SWN — some of which are perfectly valid while others were by the clearly uninitiated who missed the plot.

The short answer to the latter is the cutting out of duplication, larger spectrum availability and the use of technology, DNB officials say.

“The 23,000 4G LTE towers refer to all mobile network operator (MNO) towers, [meaning that] for a particular area of coverage, there is duplication of 4G LTE towers to provide the required coverage as there is minimal active sharing — each MNO has to build its own Radio Access Network (RAN) based on the spectrum allocated to them,” DNB head of network planning Yong Jun Jack tells The Edge in an email reply.

While the 4Q2021 Jendela report shows that a mobile operator would have to deploy about 11,000 to 12,000 4G LTE towers to achieve 94.03% coverage of populated areas, Yong points out that the report does not provide a breakdown of the number of 4G LTE towers required to provide coverage, versus towers built to provide capacity (to provide the necessary download speeds owing to the number of devices connected to the network). He says that “for the major network operators, 15% to 20% of the 4G LTE towers are shared” by more than one operator, and “these [shared] 4G towers are in rural areas to reduce cost”.

As the SWN model means only one party is given 5G spectrum, DNB enjoys better spectrum efficiency compared with MNOs that are restricted by smaller blocks of limited spectrum. This is one reason telecom operators always want more spectrum and even lease it from third parties that are not utilising theirs.

While 5G has a shorter wavelength than 4G, which points to the need to build more sites, Yong explains that the number of sites DNB needs for its network is reduced by “leveraging native 5G capabilities and leading equipment from Ericsson”, which enables higher throughput as well as connects a higher number of devices per site.

“DNB is able to dynamically allocate 5G bandwidth to the MNOs by using MOCN [Multi-Operator Core Network] technology. This further reduces the number of towers required. If another network provider is given a portion of the spectrum allocated to DNB, it will lead to an increased number of towers to achieve the same 100Mbps performance [per user compared with the current 4G performance of 35Mbps],” Yong elaborates.

As DNB works on a cost-recovery model in setting the wholesale fees it charges customers, the benefits of a more efficient network rollout should also be passed on to its customers — the MNOs.

If there is any profit, DNB is not a privately held unknown third party being given 5G spectrum but a government-controlled entity that can be monitored for transparency with the proper governance safeguards. Any debt taken on by DNB will be fully covered by cash flow from its customers if the SWN model is allowed to go on as planned because all operators that want to offer 5G will have only one party to choose from. And it is because of this necessary “monopoly” that the government can compel telecom operators to pay for the cost of rolling out the 5G network and offer 5G services in areas outside the main cities that may not be commercially viable at the get-go.

Mobile operators, which have to balance returns to shareholders with the need to serve customers better, would naturally favour the status quo of being able to control where and how fast 5G is rolled out. [See also “Going all-in on DNB to accelerate 5G or maintaining the status quo” (Issue 1401, Dec 20, 2021).]

As Maybank Investment Bank analyst Tan Chi Wei rightly pointed out following news of a surprise review of the decision to go with a government-owned SWN model, the outcome of the review of the country’s 5G rollout model “could have material long-term implications for mobile operators”.

Writing in the Jan 6 note without “taking sides”, Tan said “the policy uncertainty would likely weigh on sentiment” in the near term. To him, “the pertinent question before redundancy consideration via a second network should be who can better roll out and manage a single 5G network — a government shell (staffing up and thus cost loading) or a consortium of telcos, albeit profit-oriented”.

“Thinking aloud, under the current DNB-led model, when 4G eventually becomes obsolete in the next decade, incumbent mobile telcos would morph into MVNOs (mobile virtual network operators) or retailers, inevitably losing market value. DNB, meanwhile, should theoretically gain in value, presenting the government an opportunity to monetise via a listing. Value is thus indirectly transferred from the incumbent mobile telcos that are substantially owned by government-linked investment funds to [government-owned] DNB,” Tan concluded in the note, keeping his “neutral” view on the telecommunications sector unchanged.

The sectoral view made no mention of the benefits of an accelerated 5G rollout to businesses and the country’s economy, which was why the SWN model was proposed and adopted in the first place.

While admitting the potential for new 5G enterprise revenue streams, he noted the possible lack of 5G revenue in the near to medium term to cover the wholesale fees as wide-scale commercialisation may be three to five years away. He reckons that MNOs’ capital expenditure (capex) may fall from FY2025 as they offload more 4G traffic onto DNB’s 5G network when coverage is wider and 5G device penetration is higher, but also thinks MNOs’ capex “will not drop much in FY2022 to FY2024 due to Jendela’s 4G coverage and speed targets and still growing 4G traffic” even though 5G capex is done by DNB (and paid for via wholesale fees).

“If the above SWN scenario materialises, our FY2022 core EPS [earnings per share] forecast for Maxis could be lower by 3.6% and by a bigger 15% to 33.4% for FY2023 to FY2031. The resulting FY2022 to FY2023 core EPS would be 10% to 19% below the current Bloomberg consensus estimates. We think this indicates that the market has yet to factor in substantial 5G wholesale fees to DNB due to the lack of information on the rate and fee structure thus far,” the CGS-CIMB note said, noting that the smaller MNOs (Telekom Malaysia’s Webe and YTL’s Yes) “may be able to compete more efficiently versus the big four (Maxis, Celcom, Digi, U Mobile) MNOs.

“Our back-of-the-envelope calculations suggest that Webe [which is now under Telekom Malaysia’s unifi] may be able to offer 150GB 5G plan for RM60/month and still earn an Ebitda [earnings before interest, taxes, depreciation and amortisation] margin of 30%. In this scenario, incumbent MNOs may have to raise their plan quotas to stay competitive, resulting in an inability to monetise 5G traffic growth, or worse, experience an ARPU [average revenue per user] decline/market share loss,” CGS-CIMB’s Foong wrote, downgrading Maxis from “neutral” to “reduce”, with a revised target price of RM3.80, being a 20% discount on its discounted cash flow (DCF)-based fair value.

As flagged by The Edge, CGS-CIMB also notes the risk of MNOs’ earnings being hit by 4G asset write-offs or accelerated spectrum amortisation, should traffic shift more quickly than expected to the 5G network. “While non-cash in nature, it may impact dividends in a given year for MNOs that have a 100% payout policy and limited retained earnings. The chances of this happening and the potential timeline are difficult to predict,” the research house said.

What’s clear is the need for policymakers to make a final decision on how Malaysia will be rolling out 5G to lift uncertainties surrounding a key sector. The right decision would be one that best benefits consumers and the country’s strategic position in the long run.