Where to Watch ‘West Side Story’ 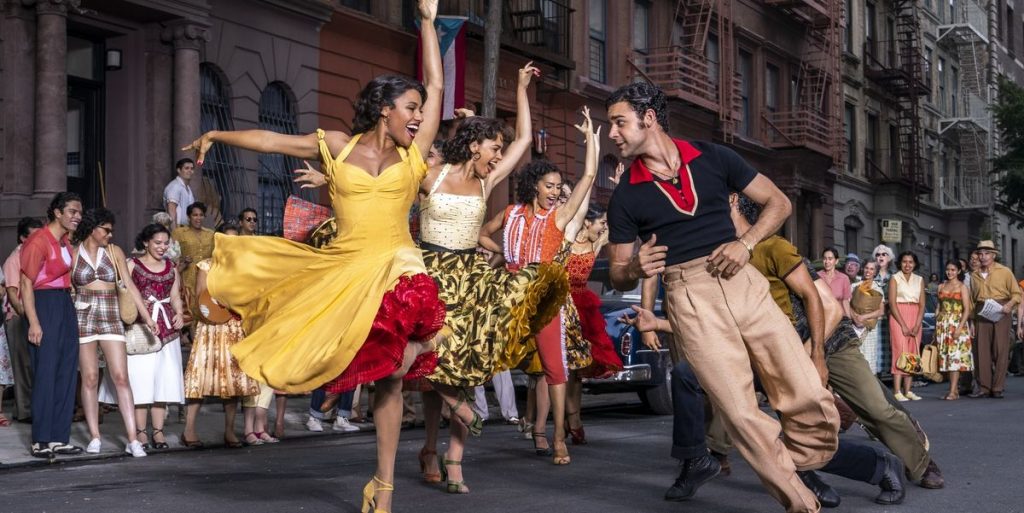 Steven Spielberg‘s West Side Story is reintroducing the modern twist of Romeo and Juliet. The tale as old as time has captured the hearts of fans again and snagged multiple nominations at the 94th Academy Awards.

West Side Story is up for seven different categories at the 2022 Oscars, including Best Picture, Best Directing, Best Cinematography, among others. What’s more, Ariana DeBose from the West Side Story cast was individually nominated for Best Supporting Actress.

Despite COVID-19 delaying the release of the musical romantic drama for more than a year, when it did premiere in November 2021, there was no shortage of critical acclaim. Like the original 1957 play and 1961 movie of the same name, the latest iteration of West Side Story shares the beauty of New York City and the wave of Puerto Ricans who migrated to mainland United States with hopes and dreams for a better life. While living in San Juan Hill, the now-Nuyoricans experience discrimination and after encountering The Jets, they form their own group called The Sharks.

Amid the cultural clashes and prejudice, Puerto Rican teen Maria (Rachel Zegler) falls in love with a Jet member named Tony (Ansel Elgort). The two begin a secret love affair. Longtime fans of the story will see their story in a new way and younger audiences will understand why it’s such a classic.

Where to watch and stream West Side Story:

West Side Story will be available to stream on Disney+ and HBO Max starting on March 2, 2022.

If you have a Disney+ subscription, you can head over to the Disney+ website or download the Disney+ app on your favorite mobile devices. The same is true for HBO Max subscribers who can watch on the HBO Max website or tune in via the HBO Max app on mobile devices. For HBO Max in particular, viewers should have their TV provider login handy to start watching right away.

In case you don’t have access to these streaming services, Disney+ is $7.99 per month or you can opt for the Disney+ Bundle, which begins at $13.99 each month and includes ESPN+ and Hulu. If you’re interested in HBO Max, a monthly subscription starts at $9.99.

What’s more, if you want to see the original 1961 film based on the 1957 play, HBO Max offers it as well. The two hour movie is also available on Hulu and Amazon Prime.

This content is created and maintained by a third party, and imported onto this page to help users provide their email addresses. You may be able to find more information about this and similar content at piano.io