When was TV first broadcast in Suffolk and Norfolk? 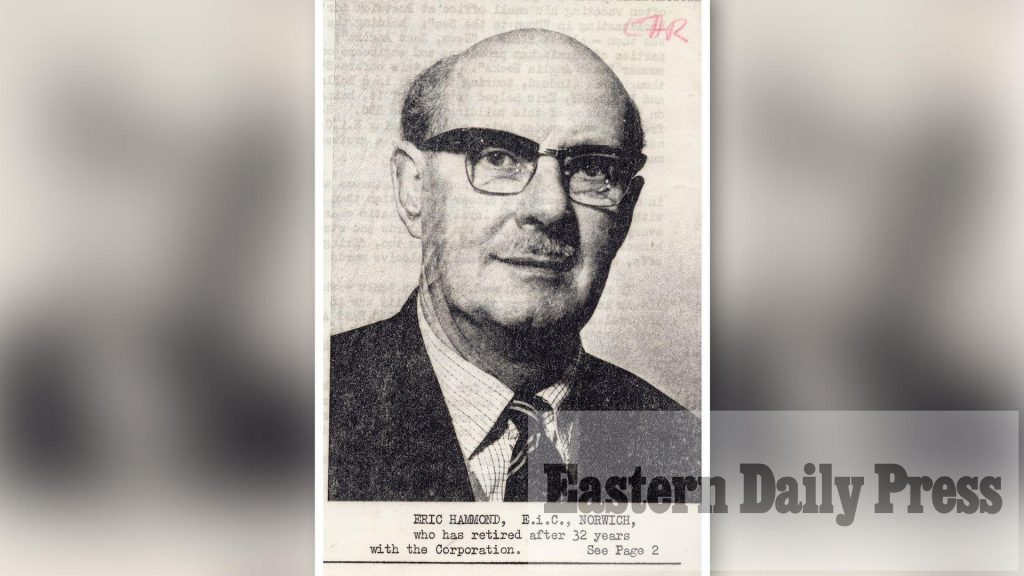 Any of you who ever listen to, watch or read a BBC service probably can’t have failed to notice the fact that the Corporation is marking its centenary – with November marking100 years since the very first BBC broadcast.

Here in Norfolk, though, and indeed across all of East Anglia, the story is rather different. It would be another 34 years before the BBC opened its first proper radio studio in the county, when they finally set up an East Anglian headquarters at St Catherine’s Close on All Saints Green in Norwich in 1956. Even at that point we remained very much the ‘Cinderella’ region – despite television then sweeping across the country, there wasn’t even the tiniest hint in the designs for the conversion of St Catherine’s Close being converted to provide a television service for the east.

That all changed in 1959, with Anglia Television due to go on-the-air. The BBC were suddenly prompted into scrambling to get a TV news service for the region going; not only to try and compete with Anglia for the east’s affections, but also attempting to achieve the cachet of getting started before them. This they managed, with the East Anglian news bulletins beginning from St Catherine’s Close on October 5, 1959 – beating Anglia to the screen by 22 days.

So, the very first television programme made purely in and for our part of the world was in October 1959… Right?

Appropriately enough for the centenary year, this month sees the anniversary of a landmark BBC television broadcast which took place nearly three years before this. Sixty-five years ago, at 10.40pm on the night of Saturday, January 26,  1957, a man called David Martin stepped in front of a live camera in the middle of the countryside some 10 miles to the south-west of Norwich, and announced:

“Good evening. You’re watching the first live television picture ever to have been broadcast for viewers in East Anglia only…”

Martin was a producer and presenter with the BBC’s Midland Region, based in Birmingham – under which the Norwich operation at that point fell. This special one-off broadcast was coming from the BBC’s shiny new Tacolneston transmitter; not just beamed out across East Anglia by it, but actually made from the transmitter itself.

An outside broadcast truck had been sent to Tacolneston so that, while the rest of the country was seeing the latest silent film to be dug out for the Saturday night ‘Movie Memories’ slot (Makers and Spenders from 1914, if you’re still wondering what you missed out on, all these years later!), anyone within range of our local transmitter got their own 10-minute programme called ‘Super-Sound In East Anglia’.


Do you remember TV coming to East Anglia in the late 50s?
– Credit: Getty Images

Yes, while this was a pioneering television broadcast, it was actually all about… radio. Tacolneston was not just a television transmitter, it also brought East Anglia its first VHF transmissions – or FM, as it would later come to be known. The BBC wanted to show this off, especially as it meant that those admittedly few people at the time who had VHF sets would now be able to receive the new dedicated BBC programmes broadcast from the St Catherine’s Close HQ in Norwich, which began the following month. There was still, at this point, no thought or indication that East Anglia would actually be getting any more of its own television programmes any time soon.

In the broadcast, David Martin spoke to and was given a tour of the transmitter by Eric Hammond – the man who was then the BBC’s Engineer-in-Charge for the region. Hammond had begun his BBC career in the early 1930s, working at the mighty Daventry transmitting station in Northamptonshire, which at that point broadcast the BBC’s National Programme out across the entire country.

Hammond had arrived in the east in 1949, as the man in charge of the first permanent BBC facility in the county – the Postwick transmitter. The first BBC staff to be based here had been those at the temporary transmitter installed at Norwich’s Caley’s chocolate factory in 1940, but Postwick firmed-up the Corporation’s presence in the region– and, indeed, provided the first regular means by which broadcasts could actually be made from Norfolk into the wider BBC, via a microphone in Hammond’s office.

When Hammond retired from the BBC in 1966, the man then in charge of the BBC in East Anglia, David Bryson, wrote of him in a Midland Region newsletter that:

“In those days, he was the BBC in East Anglia, often vacating his small office at Postwick for garrulous old shellbacks broadcasting in Down to the Sea; holding the hand of Ted Chamberlain, who was then – almost alone – ‘News, East Anglia’; welcoming and advising parties of Birmingham producers and engineers on annual safari for the summer East Anglia Weeks…”

When Tacolneston was built, Hammond took charge of that, also – as well as the engineering operations of the BBC’s headquarters at St Catherine’s Close when that opened. A passionate tennis enthusiast, one story handed down the BBC in Norwich of Hammond is that he headed out from St Catherine’s one summer’s day, telling colleagues he was going to “check on the boys at the transmitters.” When an urgent telephone call came in for him, calls on to Postwick and Tacolneston could not find him at either. Eventually, in desperation, Mrs Hammond was tried at home… where it turned out that the Engineer-in-Charge was settled into his armchair watching the Wimbledon coverage!

Hammond did also put his love of the game to more creditable use, however, serving for some years in the 1950s and 60s as chairman of the County Tennis Association. After his retirement from the BBC he moved to Italy, where he died in December 1999 at the age of 96. Perhaps appropriately for a man at the centre of a notable cultural moment, he is buried alongside the likes of Keats and Shelley in Rome’s protestant cemetery.

What is sad, however, is that Hammond’s pioneering work, not just on that first broadcast but on building up so much of the BBC in our part of the world, is forgotten. Few of the milestones of East Anglian broadcasting, in television or radio, are widely remembered or marked – perhaps because, so often, we were left lagging behind most other parts of the country, through no fault of our own. We find it not just in broadcasting, but in transport, infrastructure, and so many other areas. Perhaps we can look at it more positively, however – we are simply a more relaxed and less paranoid region, less liable to cry foul about not yet having had our turn!

Nonetheless, our local pioneers should be celebrated. So while 65 years since our first TV broadcast might not seem a notable marker, I think it’s appropriate to look back and remember it in this very special year for the BBC as a whole. Because the work that the BBC’s staff in this part of the world have put in, and continue to put in, for viewers and listeners here is every bit as worthwhile a part of that long and storied history as that put in by BBC staff in any other area of the country. Once we were finally allowed to actually get going here, that is!