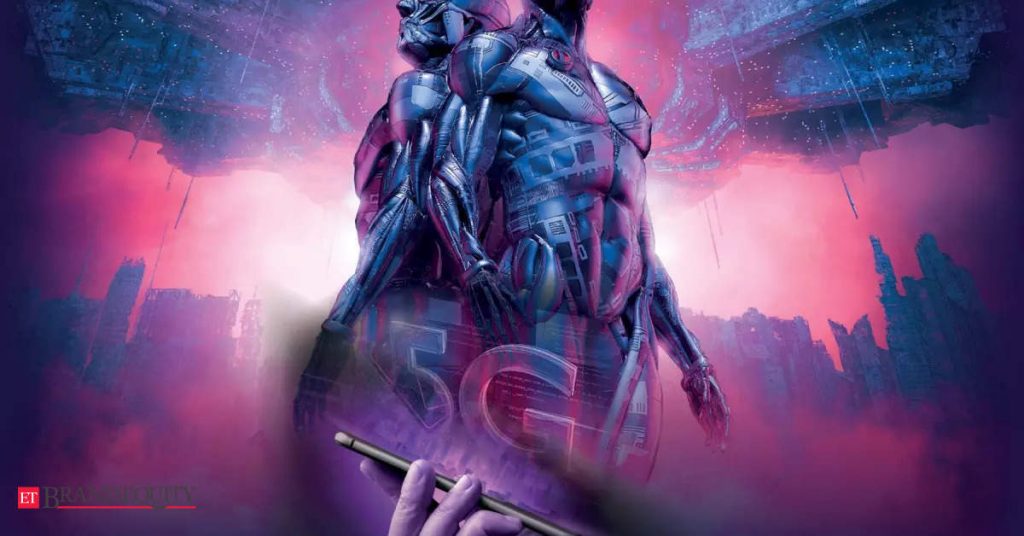 The imminent rollout of 5G services in India — expected by Diwali 2022 — has some interesting ‘side-effects’.

One of its biggest consequences is the levelling up of the gaming and esports industry. 5G, the new generation telecom technology, promises higher spends, lower latency and better device density. This means that networks will now be able to provide higher speeds with minimal lag (little to no buffering) and can support more devices per unit area.

All of this bodes well for the gaming and esports ecosystem, which relies heavily on internet speed and quality to provide a better experience to gamers and viewers, alike.

The FICCI EY Media and Entertainment Report 2022 estimated the size of the esports industry in India to be Rs. 970 crore in 2021, growing 29% over 2020. Globally too, online gaming is touted as the next big thing. A Boston Consulting Group (BCG) report released in 2021 suggested that the global gaming industry’s annual revenue will exceed $200 billion, outdoing combined revenues from global box office, music streaming and album sales, and the top five wealthiest sports leagues.

Mobile broadband is expected to further drive gaming revenues in India. BCG anticipates the sector to reach $5 billion in revenue by 2025.

One of the pillars of esports is the social and broadcast aspect. As a digital native sport, it emerged through growing popularity on the back of live streams and live gameplay commentary. “With better speeds and lower latency, the viewer experience will also be elevated, leading to better engagement. This, in turn, will attract more sponsors,” says Lokesh Suji, director, Esports Federation of India and vice-president, Asian Esports Federation (AESF).

Online gaming includes multiple segments — like casual gaming, such as Candy Crush and Angry Birds, for example; real money-based games; fantasy sports like Dream11 and My11Circle, and esports. To break it down further, esports are video games played online professionally while also being live-streamed for viewers.

As a segment, esports has gained recognition as a sport internationally. Recently, the Indian DOTA 2 Team won bronze at the Commonwealth Esports Championship 2022. The Indian team defeated New Zealand 2-0 in a best-of-three match and grabbed India’s first-ever medal at the inaugural edition of the multi-nation tournament.

So, what role would 5G play in this landscape? For one, better network infrastructure means everyone, including residents of tier-3 towns, villages and other remote parts of India, will have access to high-speed data connections. In turn, this will lead to more people taking up casual gaming, content creation and pro-gaming. In fact, content creation is a key aspect of online gaming and esports; it lends itself seamlessly to fan engagements, even in real-time, which is an important aspect of gaming in general.

“Tournament organisers will be able to organise more localised events with higher participation and will be able to reach a wider viewing audience. This, in turn, will give brands more sponsorship opportunities, not only to reach out to a bigger audience base but also to experiment with more complex advertising formats which would otherwise be very data-dependent,” says Rohit Agarwal, founder and director, AlphaZegus, a marketing agency with specialised services in gaming and esports.

In its report, EY also observes that in the coming years, more gaming event IPs (intellectual properties) will come into being, in the form of esports leagues, national online gaming events and multi-game platforms where gaming will be united with social interaction and commerce.

Not only will sponsorship money add funds to the growing ecosystem, but also help increase the prize pot over time. Already the bigger esports tournaments see pots worth Rs. 1-2 crore. This could become the norm as more players are identified and trained to compete professionally.

Manoj George, co-founder, Numen Esports and Gaming, adds that better network speed and lower latency will mean gamers will be less dependent on the devices for their performance. “So, while the entry barrier to esports is already very low, the growth of athletes will also accelerate, especially from smaller towns,” he adds.

Animesh Agarwal, founder and CEO at 8bit Creatives and a former esports athlete, says that it will be important to tap into the growing pool of gamers coming from non-metros, tier-2 cities and beyond. “There is a lot of talent in the non-metros and till now, access to devices or data was the issue. Once 5G rolls out across the country, these players will find a level playing field to compete and hone their talent,” he says.

The increasing popularity of the sector will also mean elevated marketing activities. While it is tough to put a number on how much the sector can contribute in terms of marketing spends, experts believe that there is definitely a need to communicate the premise and promise of the sector to clients and customers alike.

One of the key communication goals is to drive differentiation between esports, fantasy sports and real money sports. “On the client side, it is important to highlight that gaming and esports broadcast is the next huge milestone in entertainment. It is similar to what OTT platforms like Hotstar (now Disney+ Hotstar) did back in 2016-17 when streaming platforms were just gaining popularity,” says Piyush Kumar, founder and chief executive, Rooter, an esports streaming platform.

On the consumer-facing side too, the proposition has to be clearly that of entertainment, not of any monetary gain. “The biggest difference between esports, fantasy and real money games is that people put in money to get entertained, not with the intention or hope of getting more money in return. The premise of esports [for viewers] is the same as it is for cricket or football or tennis, just that the medium is different,” he adds.

Want to buy a 5G smartphone? These available at less than ₹30,000 on Amazon