What Phones Will Work With AT&T’s Fastest 5G? Here’s The Full List 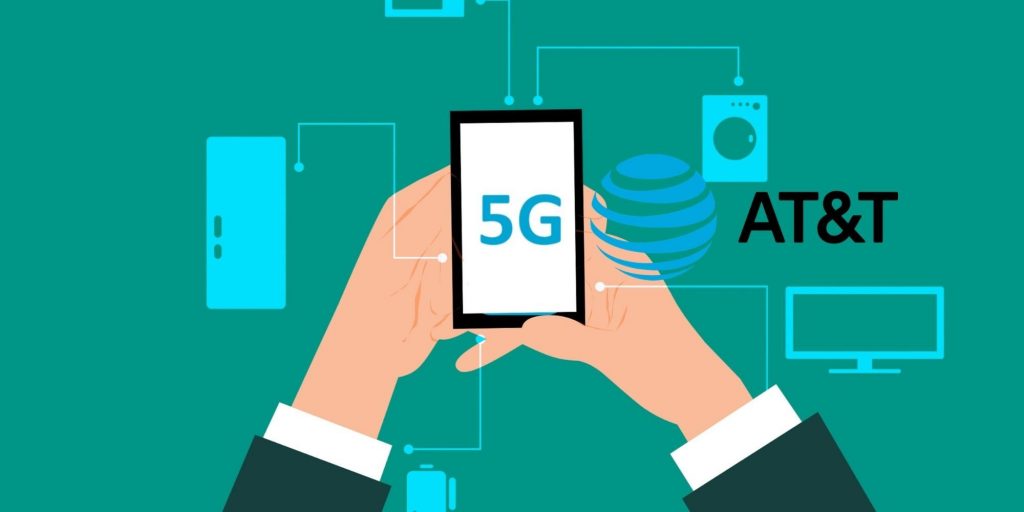 AT&T is launching its new C-band 5G network across the United States starting early 2022, but only select phones and plans are compatible on day one.

AT&T is launching their new C-band 5G network in early 2022, which is expected to result in higher speeds and more extensive coverage, but only select phones and plans are compatible. After delays to the rollout due to safety concerns from aviation executives, the new network will be installed throughout 2022. It’s part of an effort by AT&T to catch up to its competitors — like T-Mobile, who is the U.S. coverage leader in 5G — and entice customers to switch. Though the 5G rollout has been in the works for over a year, users have rarely seen speed and coverage results that beat the standard 4G LTE networks.

The 2022 rollout is based on a type of 5G network known as C-band. It is transmitted by a ‘mid-band’ frequency, meaning its speed rating is between low-band and millimeter-wave. The millimeter-wave band is superior in speed tests, but the network operates in tiny coverage areas due to its high frequency. Simple obstructions such as walls, cars and buildings can easily disrupt this high-speed network. AT&T’s C-band network provides some of the benefits of a high-speed network but with a coverage area accessible to more people.

Related: This Is The World’s First 5G Hospital

AT&T’s current 5G network comprises a mix of millimeter-wave and low-band coverage. Though its low band network offers more expansive coverage areas than other 5G networks, it rates similar to regular 4G LTE speeds. AT&T’s C-band 5G network will be limited to start compared to Verizon’s C-band rollout in 2022. The company hopes to bring C-band 5G to around 70 to 75 million customers in the U.S. by the end of 2022. By 2023, the telecom company hopes to near 100 million customers on the 5G network to rival its competitors. AT&T’s expansion comes in the aftermath of a bidding war between other wireless service providers that saw the company invest over $27 billion into C-band infrastructure.

Phones And Plans Compatible With 5G+

At the early 2022 launch of AT&T’s network, only phones made with 5G by Apple and Samsung will be supported on the C-band frequency. Starting with the iPhone 12 lineup, Apple introduced 5G support for its full slate of iPhones. From the compact iPhone 12 mini to the new flagship iPhone 13 Pro Max, any iPhone 12 or more recent model is compatible with the C-band 5G network. However, despite featuring a newer chipset, the updated iPhone SE does not feature a 5G antenna band, so it is not compatible with the AT&T network.

The latest Samsung devices are supported from day one on AT&T’s network, provided they are updated with the latest carrier software. The smartphone company’s traditional phones in the S21 line will receive full C-band support. Even Samsung’s more innovative form factors — the Galaxy Z Flip 3 and the Galaxy Z Fold 3 — meet the internal requirements for C-band 5G support. Phones from other manufacturers may require an upgrade or a software update to enable C-band 5G support. The Pixel 6 lineup, for example, will not support AT&T’s C-band 5G network on launch but could receive the feature later in 2022 via a software update. Although, however, the carrier hasn’t released what phones would receive the updates or when AT&T plans to increase the number of compatible phones through the end of 2022.

The company’s history of confusing — and sometimes misleading — network badges continues with its C-band 5G network rollout. The network is called 5G+, which joins AT&T’s existing nomenclatures 5G and 5GE. The 5G badge is currently used for low-band and millimeter-wave 5G, while the 5GE badge is not true 5G and is instead a version of 4G LTE. The good news is that the company expanded its 5G offerings to include almost all consumer plans last year. Most unlimited plans, including older ones that are not available to new subscribers, are compatible with the new 5G+ network. Another factor to consider is location, as the effectiveness and value proposition of 5G networks vary by state.

Next: Microsoft Now Shows You How To Repair A Surface Laptop SE

Most Difficult Video Game Bosses Of 2021

Brady Snyder is a journalism and computer science student at St. John’s University. Brady is knowledgable in all things technology, hardware and software, with a concentration in Apple and MacOS.