What Network TV Can Learn From The NFL; 5 Ways The Broadcast Business Can Remain A Vital, Growing Platform 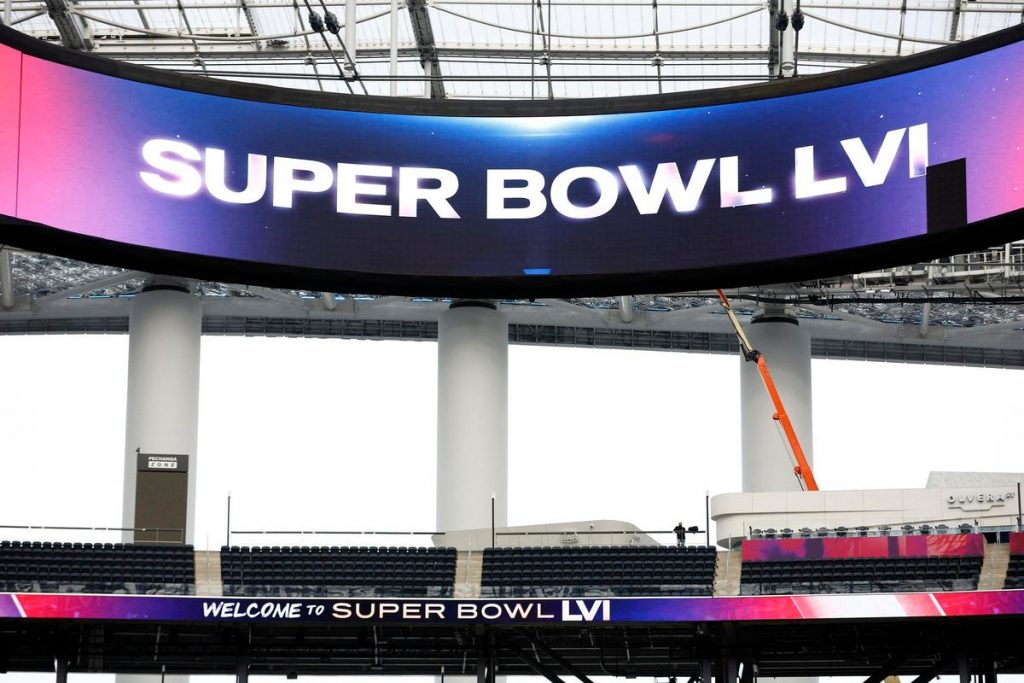 The Cincinnati Bengals and Los Angeles Rams will face off today in what’s sure to be a massive ratings winner for NBC, and by extension, a reminder that over the air, free TV can still pull gigantic audience numbers reliably and consistently, resulting in a huge cultural event and an enormous payday for the network that airs it.

Even the most casual observer of the business of television knows that The Super Bowl is not only the highest-rated event of the TV season, but the expensive advertisements created for it are also sold at the most expensive premiums.

We’ve learned that a :30 spot on today’s event will cost the brand that bought it approximately $7 million dollars. I’m old enough to remember when it was considered stratospherically expensive and groundbreaking for a brand to spend $1 million on a Super Bowl ad.

One can only imagine what two- or three-minute movie trailers, promoting this summer’s blockbusters, are costing the major studios and streamers – – I can guarantee you it’s more than a multiple of that $7 million thirty second spot.

Network executives and the advertising world that supports the medium, understand all too well that it’s becoming harder and harder to find any form of TV content capable of reaching the numbers the Super Bowl generates.

Further, in a perfect example of demand far exceeding supply, there are more brands eager to buy ads, than there is Super Bowl ad-time shelf space – – thus the tremendous price tag.

What insiders know that the public may not realize, or care about, is that the NFL’s final event, the Super Bowl, isn’t the NFL’s proudest ratings milestone.

No, the NFL has much more to crow about when it comes to network TV.

It’s now beyond debate – – the NFL owns network TV, not the other way around.

The NFL, with as many as four games a week airing during the regular season, holds the jaw-dropping record of earning 48 out of the 50 highest ratings slots, in any regular season…amongst all five broadcast networks, combined!

Should the big networks simply find a way to customize their content towards the NFL, year-around, if at all possible?

We can all agree that’s not only impossible, but ridiculous.

Still, there are lessons available for the big broadcast networks that the NFL’s successes provide. Here are a few, key takeaways:

Network TV has always been the province of the “big tent” experience. From the early days of The Ed Sullivan Show, to today’s Super Bowl, network TV is most successful when it focuses its energies and resources on The Big Idea. Specialization, hyper-focused content is for premium cable, not network TV.

b.      Double-Down on Live Events, Reality TV and Awards-Shows

Nothing works better on network TV than sports competitions, reality TV games and awards-ceremonies – – all with one thing in common: they’re unpredictable, the whole family can watch them together and they create that buzz that used to be called “water-cooler-conversation events.” Today, we call them FOMOs (Fear Of Missing Out.) Network TV built its relevance and audience reliance by embracing what P.T. Barnum called his circus, “The Greatest Show On Earth.”  Live events – – whether sports, reality or awards – – should be the main dish on any network’s menu, not something that only happens seasonally, or worse, rarely ever.

NBC’s biggest show in recent seasons is La Brea, a high-concept drama show, that asks “What if the La Brea tarpits opened up into a secret, mysterious world within the earth’s core?” Only two seasons earlier, NBC also scored with Manifest, a series exploring the question of a “ghost plane” that returned passengers who had gone missing 5 years earlier. NBC did massive numbers in the early seasons of Heroes – – a show about real people discovering their supernatural powers, and NBC’s primary competitor, ABC, scored handsomely with Lost, a show about survivors of a plane crash hoping to survive on an island bursting with mystery.

Networks must own the fact that they can no longer afford to have “noble victories” with award-winning, critically ambitious programming that only appeals to niche viewers. Due to being ad-supported, the networks and their scripted content divisions simply can’t compete with the unrestricted content freedoms premium cable and streaming enjoy. Check The Emmys in recent years. Scripted network content rarely competes. This is Us, Black-ish and Modern Family are wonderful series, but if they premiered today, facing the competition network TV now faces, it’s unlikely they’d be the big hits they once were. Networks are much, much better off running repeats of “big event” programs, than confusing viewers with “small ball” efforts that are much better served on premium cable or streaming platforms.

Survivor, The Bachelor, The Voice, American Idol and Dancing with The Stars are nearly as embedded into our culture as some of our most beloved sports franchises. Much more creativity and effort should be called upon to create much bigger broadcast events, that could hold national and potentially international attention. Today’s programming relies far too heavily on the established playbook and established seasons of sports and reality competition. Much more effort and imagination must be put into new, original, potentially seismic events that will combine competition and possibly, celebrity. The big networks rely far too heavily on existing formats, or Intellectual Property, to make them feel safely about “big bets” on non-fiction, event content. Without big risk, big returns are impossible.

Network TV is at a crossroads, a real turning point as it asks if it can still compete with cable and streaming.

The evidence is clear: Americans will still happily embrace network TV, when it airs content that is network TV-friendly.

Programmers, take note: own who you are – – you’re the big show, the main event, the home of the spectacular.