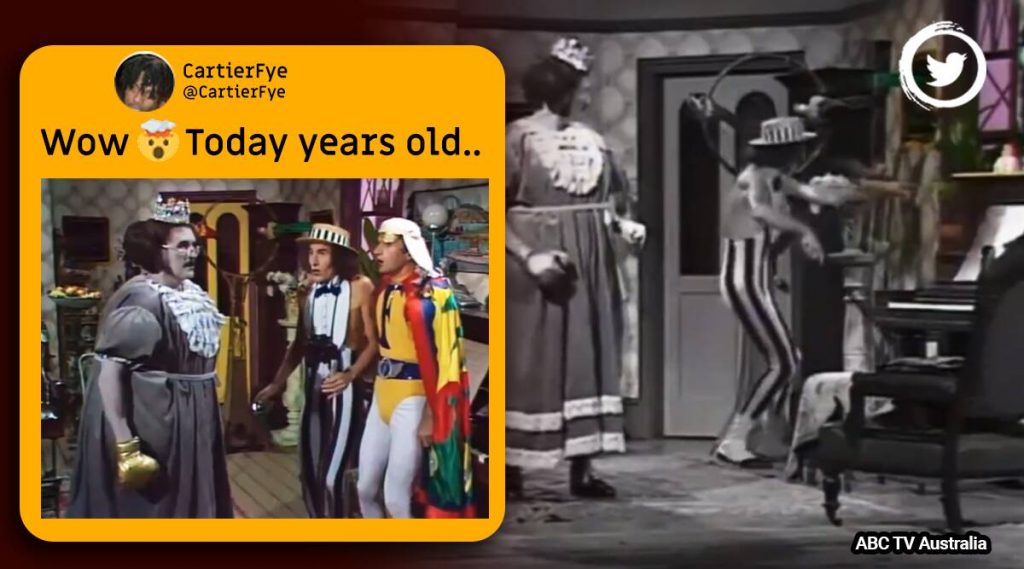 For most people today, imagining a black and white television seems like a thing of the distant past. However, coloured television shows became a common feature only a few decades ago. In Australia, the first coloured television broadcast was introduced through an innovative skit, that recently went viral on Twitter after it was shared online.

In the video, one can see the main characters of The Aunty Jack Show, trying to fight off the invasion of colours on the screen. Throughout the video, as colours slowly bleed into the frames, the characters try to fight off “green slime polka dotis”, which is explained as a “horrible disease that comes with colour”. In the hilarious clip, the main protagonist called Aunty Jack tries to stop the colour from taking over the screen by using grey paint called the “colour remover”.

In 1975, Australia switched to color tv live on air.

The video, broadcast on Australia’s national television network ABC TV on the night of February 28, 1975, sparked nostalgia amongst those who used to watch the show, while some people expressed awe at the creativity of the skit.

Notably, next week on April 25, 2022, India will mark the 40th anniversary of India’s first-ever coloured television broadcast. In India, coloured television broadcasts started in 1982. In 2018, the official Twitter page of DD National posted a small 56-second clip that showed the iconic introduction of the Doordarshan’s “eye” logo with the tagline “Satyam Shivam Sundaram” written at the bottom.