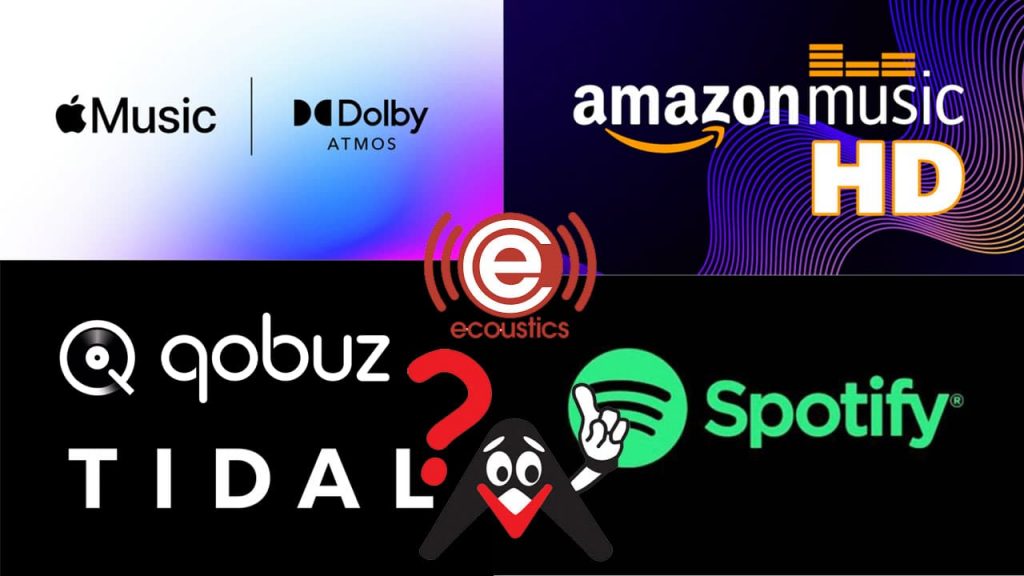 Each person shared their experiences using the various music streaming platforms to help you determine which one is best for your needs. Emiko, who made her first appearance on Audioholics Live, articulated a unique perspective as a professional musician and music producer.

For reference, here’s the breakdown of the current options and costs for streaming music by single user per month in the USA.

Lossless means the same bit-for-bit quality as a CD, which is 16-bit/44.1kHz.

Hi-res audio is digital music sampled at higher than 16-bit/44.1kHz, for example 24-bit/96kHz. In nearly all cases, a dongle DAC or external DAC (Digital-to-Analog Converter) is required to decode such signals. As we learned on the Dr. Mark Waldrep podcast, it has proven impossible to hear the difference over lossless.

Dolby Atmos is an object based audio format that can place sounds all around you when played back through a multi-channel speaker system.

Sony 360RA is short for Sony 360 Reality Audio. It is a competing format to Dolby Atmos that can play sounds in a 360-degree sphere using regular headphones. Very few speakers are supported at this time, including Sony SRS Speakers and the Sennheiser AMBEO Soundbar.

Dolby Atmos. Most people would be amazed how much better spatial audio sounds when mastered correctly and played back through a Dolby Atmos sound system.

The devaluation of music. With so much music available for free, either via regular YouTube or the free tier music services, many people think spending $10-$20/month for access to unlimited music is too expensive.

The best bargain. Apple Music for $9.99/month has set the bar offering the highest quality music for the lowest price. Meanwhile, Qobuz and Tidal have earned niche support among audiophiles. Spotify HiFi is still a no show.

Music royalties. You might be surprised how little artists actually earn when their music is streamed. Qobuz was recognized for paying music creators the most for streaming. Purchasing physical media is even better for creators. It simply pays them more.

Streaming is not owning. Renting music isn’t always what it seems. Music can be removed from your favorite streaming platform and there’s nothing you can do about it, except to buy it or change streaming services. Ownership of physical media still matters. It feels better. It’s yours. It works when your Wi-Fi goes down.

Thank you Gene for hosting a very enlightening conversation and don’t forget to visit Audioholics.com.