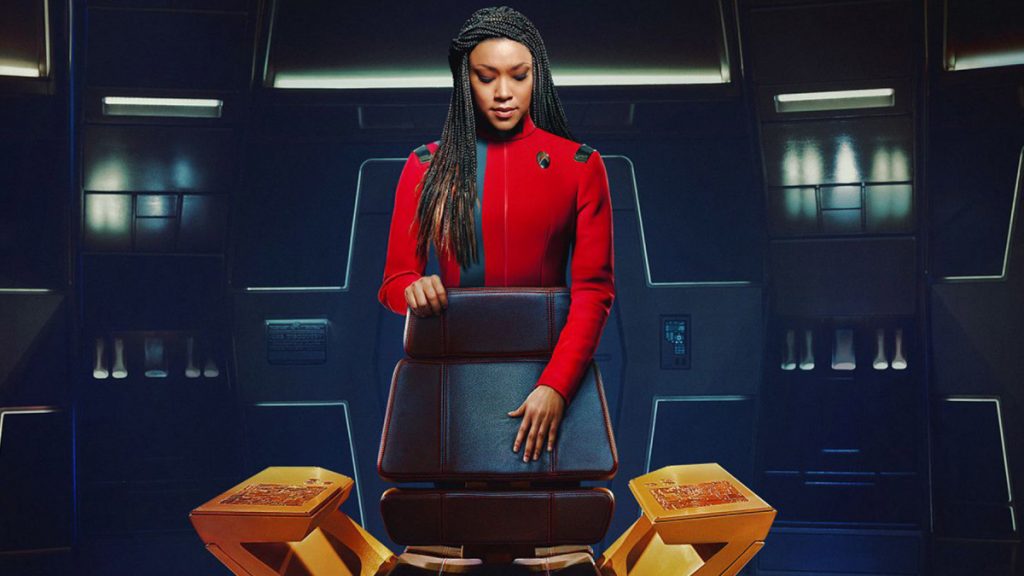 While the science fiction and geek-oriented enclave of Twitter has been busy nitpicking the new Star Wars show “The Book of Boba Fett” to death, the show continues Walt Disney’s (DIS) – Get Walt Disney Company Report pattern of creating hits from its vast catalog of intellectual property (IP). Every live-action Star Wars show drives subscriptions and gets an incredible amount of media attention.

That has made Disney+ an unqualified hit, while ViacomCBS (VIAB) – Get Viacom Inc. Class B Report has struggled with its Paramount+  streaming network. None of its shows have become mainstream hits, but that has not stopped the company from doubling, well tripling, down on its biggest names.

Paramount+ has renewed three of its Star Trek shows and has set the premiere date of another one. If you were unaware that Paramount+ had four Star Trek shows, well, that’s kind of the problem for the struggling streaming service.

Additionally, Paramount+ has announced that Season 2 of “Star Trek: Picard,” featuring Sir Patrick Stewart in the fan-favorite titular role, will premiere on March 3.

Basically, anyone who loves Star Wars has been watching “Book of Boba Fett,” while anyone who has an internet connection probably knows Baby Yoda from the Disney+ hit Star Wars show “The Mandalorian.” Star Wars essentially trumps Star Trek, but Paramount+ has to mine content from the properties it owns, which lag well behind Disney’s IP.

A Brief History of CBS and Viacom

CBS was one of the first major networks to grasp that it wasn’t wise to let Netflix dominate the streaming industry and launched its own portal CBS All Access in 2014 as a paid service with a $5.99 price point.

At first, it mainly offered reruns of CBS series and a selection of NFL games. But in 2017, CBS All Access started making aggressive moves into producing original content. Or original enough, anyway, launching its first Star Trek spin-off “Star Trek: Discovery,” as well as “The Good Fight,” a spin-off of the acclaimed legal drama “The Good Wife.” More Star Trek shows would follow.

In 2019, CBS and Viacom once again became a single company after splitting apart in 2006. Last year CBS+ rebranded as Paramount+. There have been plans to incorporate programming from Viacom channels MTV, VH1, Nickelodeon, Comedy Central, BET, and spin-offs of ’90s staples “Daria” and “Beavis and Butthead” are in development. But so far, Star Trek shows are leading the way.

Is The Star Trek Bet Working?

It’s completely valid to complain that there are too many reboots, spin-offs, and franchise extensions these days, but studios and streaming services that are desperate to attract attention and viewers might feel like they have no choice but to lean on established name brands, even if it’s not clear that anyone wanted a new version of “Gossip Girl.” (Based on how quickly it was canceled, clearly no one wanted more “Punky Brewster,” which aired for one season on Comcast’s (CMCSA) – Get Comcast Corporation Class A Report Peacock.)

Star Trek is undoubtedly the biggest franchise that Paramount has access to, as it is a household name property that has generated blockbuster films and television shows (some hits, some not) for six decades now.

But how have the new shows been doing? It’s fair to say that the fan reaction has been mixed to negative. “Discovery” has a 36% Average Audience Score on Rotten Tomatoes, “Lower Decks” has a 66% and “Picard” boasts a 54% score. Now, Rotten Tomatoes isn’t the most precise gauge of fan sentiment, as disgruntled fans with a bone to pick have been known to lower fan scores, though the company has taken steps to ameliorate that issue in recent years.

While streaming services certainly pay attention to fan reactions, they’re mainly interested in subscriber numbers. Star Wars fans and Star Trek fans have been arguing about which franchise is superior for decades. We’re not getting into that debate here, but it does seem that Star Wars TV shows such as the fan-favorite “The Mandalorian” and “The Book Of Boba Fett” are stronger drivers of subscribers for Disney+  than the Star Trek shows have been for Paramount+.

CBS doesn’t release streaming numbers for any of its Paramount+ shows, which is rather common in the streaming industry, and the TV ratings resource Nielsen has been struggling to stay relevant in the brave new streaming world, and in a report on the most-streamed original TV series that was released during the week of December 13 through 19, when “Star Trek: Discovery” was airing new episodes, Nielsen didn’t report on ratings for any Paramount+ shows.

How Does Paramount+ Compare To Other Streaming Services?

Overall, the streaming service has been a bit cagey about how many subscribers it has. In November it announced that it had its biggest week ever, adding more than a million subscribers, but didn’t say anything beyond that in terms of its overall viewership, per Deadline.

The real proof, however, is in subscriber numbers, and that’s not always an easy question to answer because while Netflix and Disney brag about their subscriber counts, lesser players keep the numbers close to the vest.

How does Paramount+ compare? It’s a bit hard to tell, though it’s clear the service lags behind. As we noted in a recent deep dive into television ratings, and the ways in which streaming subscribers are helping networks make up for the erosions of broadcast television viewers, we noted that Paramount+ is struggling to catch-up with the rest of the streaming companies. It reported “total streaming subscribers of 47 million around the world,” but that tally includes Showtime (which had a boom in subscribers thanks to to the success of “Dexter: New Blood” and the buzzy hit “Yellowjackets”) as well as niche services BET+ and Noggin, so the total subscriber base for just Paramount+ is almost certainly much lower.

That the fuzzy math is likely an indication that the total numbers aren’t that high yet, and the Star Trek shows are only doing so much to lure people in. Maybe it’s time for the Star Trek shows to introduce their own Baby Yoda. Baby Vulcan, anyone?