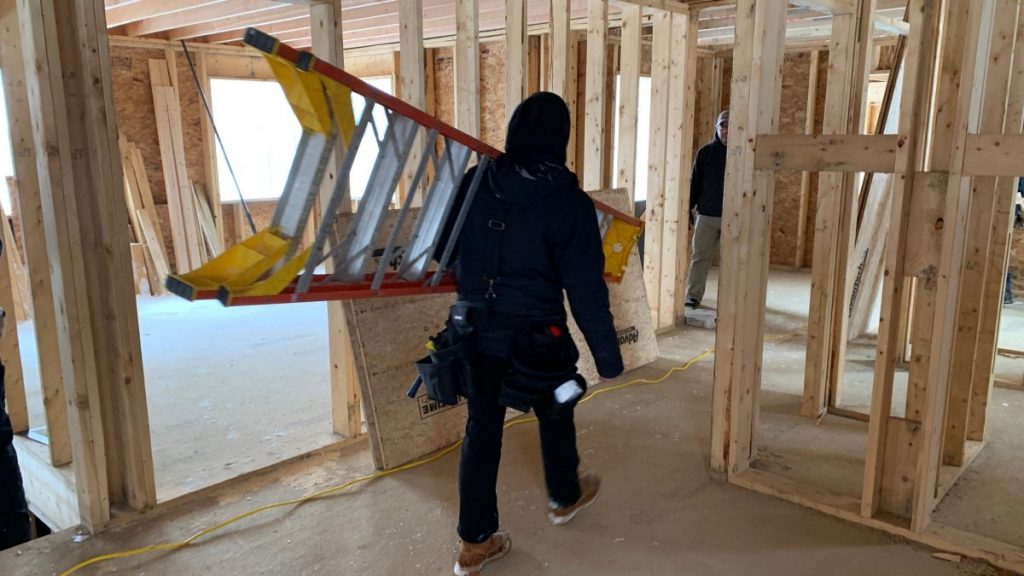 Vermont’s governor is calling for high-level attention on boosting the state’s career and technical education (CTE) centers, which he sees as vital contributors to workforce development.

“It’s time we end the stigma around CTE,” Gov. Phil Scott said in last week’s State of the State Address. “It’s just as important, valuable and impressive to become an electrician, welder or EMT as it is to go to Stanford, Dartmouth or Harvard.”

Scott, who had a successful career in construction before he was elected governor, insists Vermont just hasn’t done enough to set high school juniors and seniors on the CTE path. He noted in the Jan. 5 speech that Vermont needs workers to build new housing, to transport patients to hospitals, to maintain HVAC systems in those hospitals and to fill countless other urgently needed positions across the economy.

Vermont Gov. Phil Scott sounded an optimistic note in his State of the State address Wednesday, even as he acknowledged the challenges ahead.

Vermont has 17 regional career and tech ed centers that balance public high school or home-schooling with rigorous, hands-on job exploration. If there are openings available, adults who do not have high school diplomas or adults with GEDs may attend, too.

More information about the centers is available on this state website.

Scott indicated he wants to see more families explore the option, calling trades training perhaps more vital than ever in this rural state — where there’s an aging and declining workforce.

The Republican said in his State of the State that Vermont’s workforce has decreased by almost 30,000 people since 2010, adding that the COVID-19 pandemic has worsened a pre-existing problem for the state.

“I do think a stigma exists,” Bob Travers, the director of the Center for Technology, Essex, acknowledged in an interview about the governor’s point regarding the CTE track.

For too long, society stressed college as the symbol of success, thinking of it as a separate path, Travers said.

However, the administrator noted, that perception is inaccurate because career and tech ed students often do seek post-secondary educations and take part in dual-enrollment programs while in high school.

Emily Devers of Milton is a high school senior NECN met on a job site where Center for Technology, Essex students were constructing a new house from foundation to roof under the guidance of experienced industry professionals.

Devers said she is planning on a few years of classes after graduation, as well as formal apprenticeships, to achieve her goal of becoming a master electrician.

“I see it as something I can further my education in and something that I can really enjoy in my life,” she added.

In the kitchen on campus, senior Lillian Kirkpatrick of Fairfax said she will soon be off to Johnson & Wales University in Rhode Island to continue her culinary education.

The restaurant sector has also struggled with workforce shortages.

“I think tech is a great way for high schoolers to learn what they want to do when they get older,” said Kirkpatrick, who added that one day, she wants to own her own business.

“Employers want our graduates,” said Pat Moulton, the president of VTC. Their only complaint is there aren’t enough of them.”

In his State of the State Address, Scott called for policies that boost the trades and support workforce development, including among young Vermonters.

While a Scott administration representative said further details will be outlined in the governor’s upcoming budget address, proposals will include investing roughly $45 billion in surplus money from the education fund into upgrading infrastructure and offerings at those 17 regional career and technical education hubs.

The governor also wants to see measures that promote the CTE track to students and attract experienced professionals to work in the tech center settings, the spokesman said.

The topic will likely be discussed in legislative committees from the Vermont State House in the coming months.

“There are great jobs here in Vermont, and career and tech ed centers can help them prepare for those jobs,” Travers said of students seeking career readiness opportunities.

Back at the Center for Technology, Essex construction site that doubles as a hands-on classroom, student Ben Russell of Essex said he is well aware of how many employers in the area are looking for help.

Russell told NECN he is still figuring out what he’s most interested in — maybe home framing or installing mechanical systems. But he knows from his experience at the Center for Technology, Essex that he’ll build his future by building homes for others.

“There’s definitely satisfaction,” the student said of working in carpentry and seeing a project take shape. “It feels great.”

This fall, the Center for Technology, Essex will relaunch a program called Building Systems: HVAC, Plumbing, and Electrical, Travers said. The administrator added that the offering is in response to the serious need for staffing industry partners have stated they are struggling with.

Several “Discover CTE” sessions to explore offerings from the Center for Technology, Essex are scheduled for February. More information on those is available on this website.