Verizon ‘Plus Play’ Streaming Aggregation Hub Will Include Netflix 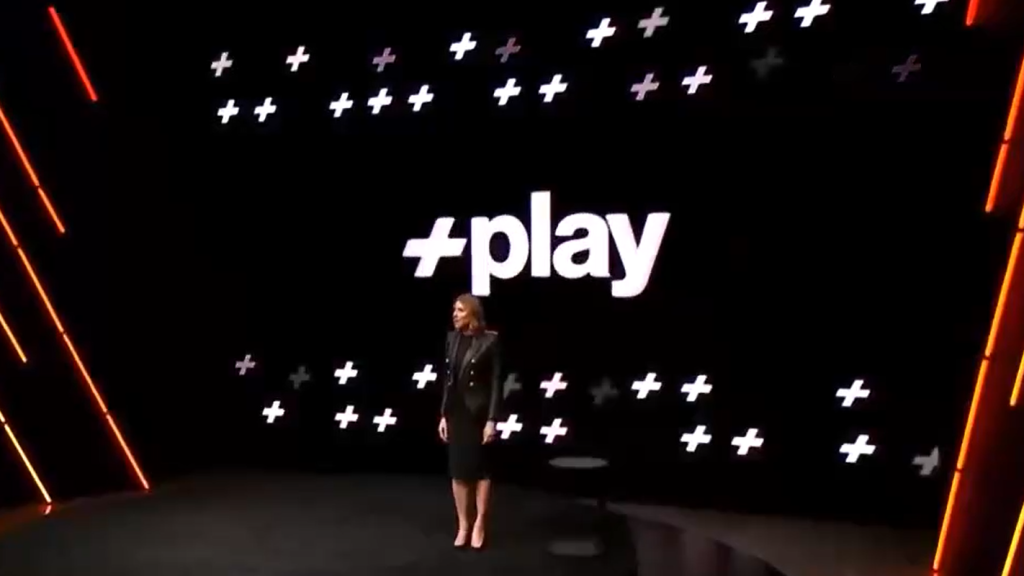 Verizon, having exited the original content business, is escalating its play as an aggregator of streaming services — including forming a new partnership with Netflix.

The telco unveiled plans for “Plus Play,” a platform to let Verizon customers discover, purchase and manage subscriptions across entertainment, audio, gaming, fitness, music and lifestyle. In a way, Plus Play (which Verizon styles as “+play”) represents a reinstantiation of the traditional cable TV bundle for the streaming era.

The company announced the new initiative at its investor event Thursday. Verizon said Plus Play partners include Netflix, Peloton, WW International, A+E Networks (Lifetime Movie Club, History Vault, and A&E Crime Central), The Athletic, Calm, Duolingo, TelevisaUnivision’s Vix Plus, and Live Nation’s Veeps livestreaming concert service. In addition, the hub will let customers purchase and manage accounts for Disney Plus, Hulu, ESPN Plus, Discovery Plus and AMC Plus — services that Verizon already offers to eligible customers for no extra cost (for varying periods of time).

It’s not clear what the commercial relationships are between Verizon and the Plus Play partner companies. For example, the company didn’t say whether users will be able to purchase Netflix directly via Plus Play.

Verizon has structured the deals to take a per-subscriber revenue share, according to Manon Brouillette, EVP and CEO of Verizon Consumer Group.

“Plus Play is a natural extension of our core strengths,” Brouillette said at the investor day event. The new service will “further enhance our Mix & Match plan proposition by scaling choice through aggregation — choice of connectivity, choice of device and now choice of content and digital services with added perks and offers in a one-stop shop.”

Brouillette said Verizon will kick off a test of Plus Play at the end of March with a select group of customers and streaming partners, with a full consumer launch later this year.

At the investor event, Verizon also announced a partnership with Meta, parent company of Facebook, to explore how the telco’s 5G Ultra Wideband network can work with Meta’s technologies and determine the “foundational requirements” for metaverse applications. Verizon said the collaboration with Meta will employ VR and AR cloud rendering and low-latency streaming.

In addition, execs said announced Verizon expects more than 175 million people in the U.S., more than half the country’s population, to be covered with 5G Ultra Wideband by the end of 2022 — a year ahead of its previous plan.

Verizon CFO Matt Ellis told investors that the company expects to generate service and other revenue growth of at least 4% in 2024 and beyond and to reduce capital intensity to below 12% in 2024 (following its massive investment in C-Band spectrum). The company will consider share buybacks when the company reaches a 2.25X net unsecured debt/adjusted EBITDA leverage ratio, slightly above its long-term target range of 1.75X-2.0X, according to Ellis.