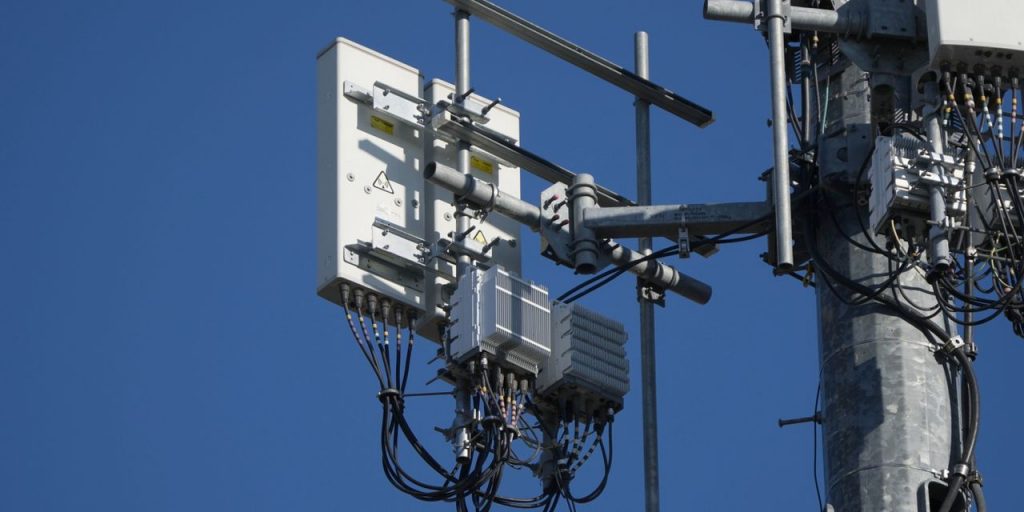 Communications’ 5G wireless customers in certain cities and metro areas should experience faster connection speeds starting Wednesday, but the biggest upgrades will unfold over the next two years.

The 5G hype remains ahead of the 5G reality.

The two U.S. wireless industry giants are beginning to launch new spectrum holdings this month, in the so-called C-Band. That should improve their networks’ speed and capacity, and begin to close the gap with

The Federal Communications Commission auctioned off C-Band spectrum licenses in late 2020 and early 2021, attracting more than $80 billion in bids. Verizon (ticker: VZ) captured the lion’s share of that total, followed by AT&T (T) and T-Mobile (TMUS). The C-Band licenses were split into two categories, with some portions scheduled to go live in December 2021 and the rest in late 2023.

The first launch was postponed by six weeks at the requests of federal aviation regulators and airlines, who worried that some of the frequencies could interfere with aircraft equipment.

On Wednesday, AT&T and Verizon began activating that first tranche of C-Band spectrum around the country on newly installed antennas, choosing not to use it in a few areas close to airports, where interference could be an issue. 5G networks use higher frequencies than earlier generations, which help enable the faster connection speeds, lower latency, and greater capacity the technology promises. C-Band spectrum counts as mid-band, offering a balanced trade-off between geographic coverage and speed.

Low-band frequencies are good for blanketing large areas because they can travel much farther from an antenna than high-band frequencies, but just aren’t as quick. High-band spectrum can be used in a lightning-fast 5G network, but coverage can vary from city block to city block and be interrupted by buildings and other obstacles. An ideal 5G network has several categories of spectrum all working in concert together.

AT&T’s 5G network so far has been built largely on low-band spectrum to provide wide geographic coverage reaching more than 255 million people across the country. In densely populated areas—44 cities and almost 30 venues including stadiums—AT&T has had high-frequency spectrum commonly referred to as millimeter wave, or mmWave, which AT&T brands as 5G+.

AT&T’s Wednesday C-Band activation begins in eight cities including Houston, Chicago, Miami, Detroit, and Dallas. That will gradually expand to cover 200 million people in the U.S., the company says, once its full C-Band holdings are usable at the end of 2023.

Verizon is deploying C-Band spectrum more quickly than AT&T. Its so-called 5G Ultra Wideband network will cover 100 million people in more than 1,700 cities by the end of January, using C-Band and mmWave spectrum. It also has large spectrum holdings in the second C-Band tranche that will become available in late 2023.

T-Mobile hasn’t had to rely as heavily on C-Band licenses to bring mid-band spectrum to its 5G network. The company secured an abundance of mid-band licenses via its 2020 acquisition of Sprint. That has given it an early lead in 5G network capacity, analysts say.

Putting that spectrum to use comes down to deploying network equipment that can handle those frequencies. The company says its mid-band 5G network covers more than 200 million people now, and that it will increase the total to more than 300 million by the end of 2023.

Results from a separate, smaller FCC mid-band spectrum auction were released last week, for licenses in the 3.45 GHz band—also mid-band. AT&T was the largest bidder, followed by

(DISH) and T-Mobile, while Verizon sat the auction out.

“[T-Mobile’s] network advantage stems from their having more total spectrum, and more upper mid-band spectrum specifically,” wrote New Street analyst Jonathan Chaplin in a recent report. “The C-Band and 3.45GHz auctions enabled Verizon and AT&T to narrow the spectrum gap with T-Mobile, but not close it.”

Write to Nicholas Jasinski at nicholas.jasinski@barrons.com