VEON: More Upside In This Stock 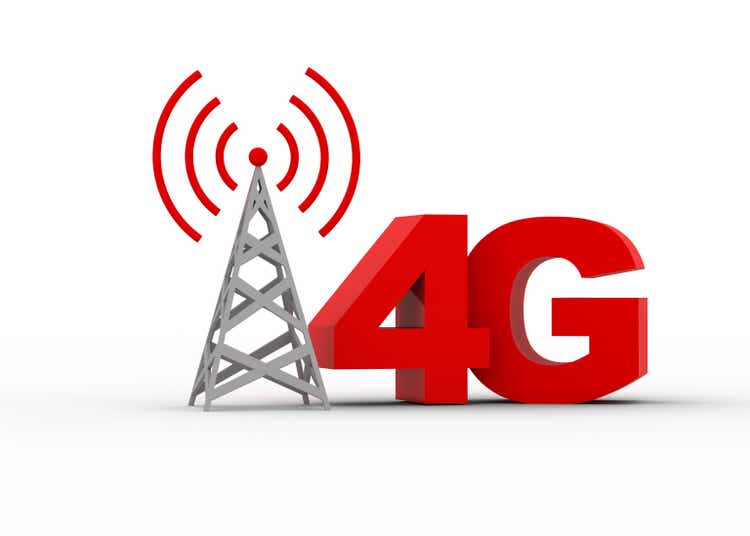 Although VEON Ltd. (NASDAQ:VEON) has had a horrible fiscal 2022 to date, we are beginning to see signs that a trending move may be underway. For example, if we go to the technical chart, we can see that shares have been in stellar mode since the back end of last month. In fact, the sustained rally and higher highs in this timeframe mean shares of VEON now satisfy the “4-week rule” which means trend-followers will now be automatically attracted to this name.

In fact, the potential for a sustained rally for some time to come in VEON can also be seen through the ADX technical indicator. As we see below, the trend-following ADX indicator surpassed the “30” level not too long ago. Readings this high usually mean the underlying trend will continue for some time to come. In fact, the last time we got such a high reading from this indicator was back in September when shares continued to fall to the downside after the signal was given.

Why is the above from a technical standpoint important regarding VEON? Well taking into account that trend followers believe VEON´s bullish technicals are merely the result of the company’s improving fundamentals, it stands to reason that an established trend in motion (Now 4 weeks of higher highs) has more likelihood of continuing instead of reversing. Furthermore, an often-overlooked fact among the investing public is that the strongest trends actually take place from market highs and not market lows. This opens the possibility of even achieving a stronger trend going forward than what shares have experienced since printing their lows in October.

Growth has been driving the recent rally with earnings this year expected to increase by 41% on sales growth of almost 14%. Furthermore, the fact that the company has begun to undergo a sales process for the sale of its Russian operations is also encouraging so focus can be maintained on the firm’s high-growth markets.

In the recent third-quarter earnings report, we witnessed growth in mobile ARPU primarily due to better pricing power. Furthermore, 4G subscribers continue to gain traction (Now 107 million subscribers) and management believes there is plenty more runway for growth regarding 4G penetration here. 4G growth is really where it is at for VEON due to its better pricing power and higher retention rates. Aggressive investment simply has to continue in this space to keep the market onside.

In terms of individual markets, Kyivstar´s network continues to have strong 4G coverage in Ukraine in what has been a very difficult operating environment. Kyivstar reported top-line growth in Q3 although EBITDA came in 10%+ lower in the quarter. In the Russian market, the Beeline brand reported both service revenue growth as well as an expansion in EBITDA despite a fall in the number of handsets sold. Going forward, however, investors are currently sizing up the company’s transition to a digital light model and specifically the performance of VEON in other countries.

Veon´s Jazz brand in Pakistan grew by a double-digit percentage in Q3 on the back of strong performances in JazzCash & Tamasha. Furthermore, VEON continues to see strong market share gains in Kazakhstan, Bangladesh & Uzbekistan, which is encouraging from a market perspective.

From a valuation standpoint, the company has positive earnings, equity, and cash flow where these multiples remain very low due to the collapse in the share price in recent times. Shares trade with a forward GAAP earnings multiple of 0.77, a forward sales multiple of 0.06, a trailing book multiple of 0.89, and a trailing cash-flow multiple of 0.20. However, it is Veon´s balance sheet that may deter investors from investing, and with good reason. At the end of the company’s most recent quarter, management reported gross debt of $8.3 billion & net debt of approximately $5.1 billion. Given Veon´s market cap comes in under the $1 billion mark, these are high numbers whichever way you size them up.

The company’s upcoming obligations constitute roughly $1.23 billion worth of bonds, which are scheduled to be paid back to bondholders before the second quarter of next year. Management has stated that it will engage with large bondholders to see if some sort of deal can be reached regarding a repayment timeline. Veon´s EBITDA trend is clearly there to see, which is in the company’s favor. Getting its house in order regarding its debt could actually be the catalyst for the market to keep on pricing shares higher.

To sum up, shares of VEON have had an excellent 4 weeks of trading as shares have rallied aggressively out of steep oversold conditions. Markets continue to grow market share with more growth earmarked for next year as Veon continues its transition to become an asset-light operator. We look forward to continued coverage.