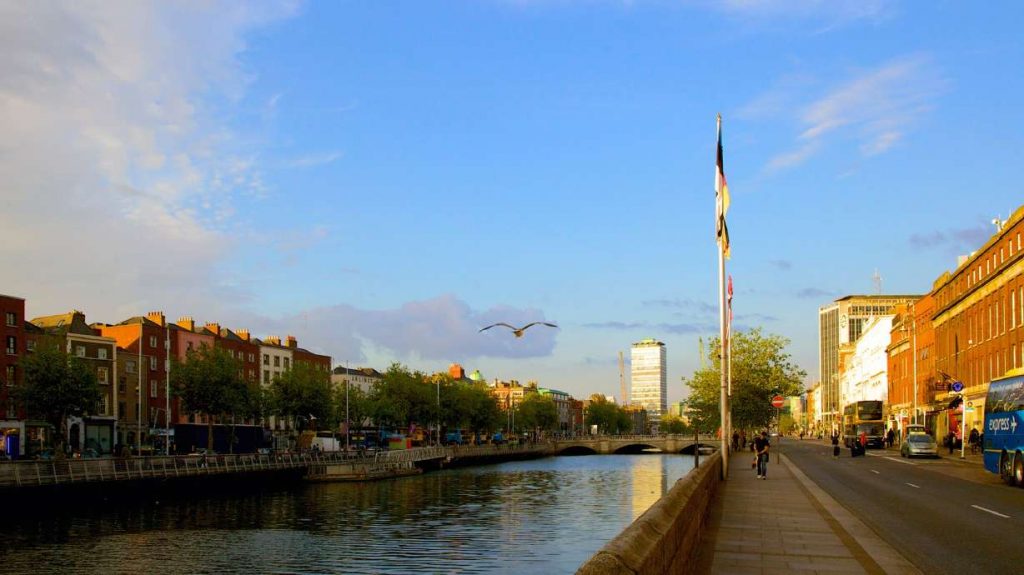 Dublin is pictured on June 18. The pro-business culture shared among Utah and Ireland has led several Utah-based companies to expand into Ireland to reach a European market. (Aoife Kimber)

SALT LAKE CITY — There don’t appear to be many similarities between Utah and Ireland at first glance.

For starters, Ireland — the birthplace of Oscar Wilde and home of Guinness Beer — is a European island country. Seemingly a far cry from Utah, a landlocked U.S. state best known for its red sandstone formations and the “Greatest Snow on Earth.”

However, there is a link between the two that is perpetuated by a pro-business culture that is shared among Utahns and Irish folks. This culture has led several Utah-based companies to expand into Ireland to reach a European market.

“Utah companies have also found Ireland to be a great source for global leadership. Ireland is that wonderful kind of bridge to Europe for Utah companies for almost 30 years,” David Brody, vice president of technology for IDA Ireland said.

IDA Ireland’s objective is to encourage investment into Ireland by foreign-owned companies by offering support for said companies.

“Utah companies can scale their operations there with the availability of the talent (in Ireland) pretty easily and it’s also a great location as they look to build great cultures and to transfer that culture that they’ve developed in Utah,” Brody said.

Utah companies that have expanded to Ireland include:

Brody talked about cultural parallels between Utah and Ireland that make Ireland an appealing landing spot for businesses looking to expand into international markets.

“That young, growing, well-educated workforce is really kind of what keeps us at the forefront of investment decisions into Europe,” Brody said.

Additionally, there are social and cultural factors that draw Utah companies to Ireland.

“Ireland is a very family-focused place, it’s a really friendly place where there’s a real love of the outdoors and I think that kind of resonates quite well with Utah as well,” Brody said. “In Ireland, it’s mountains, surfing or golf, whereas in Utah it might be mountains, skiing and golf and whatever else.”

Utah Jazz owner and Qualtrics founder Ryan Smith would agree with these sentiments, as he joked with the Irish Times in 2016 that his grandmother made him invest in Ireland.

“It’s the only place she would let us go,” Smith said.

As an island nation, Ireland naturally looks outward to grow its economy.

With so many Utah (and U.S.) companies migrating business operations to Ireland, Brody said that the influx of companies leads to increased employment in Ireland, in turn benefiting the Irish economy.

As for the future of business relations between Utah and Ireland, Brody thinks the best is yet to come.

“I think there’s massive potential for new up-and-coming Utah companies to learn from their peers within Utah and kind of learn what works. We’d be delighted to engage with more Utah companies,” Brody said.

Brody said that he’s “never seen any place like Utah” when it comes to the ambition needed to build world-leading companies.

“I think to do that, you need to kind of scale your operations outside of Utah as well and there is no better place to do that than Ireland when you look towards Europe,” Brody said.