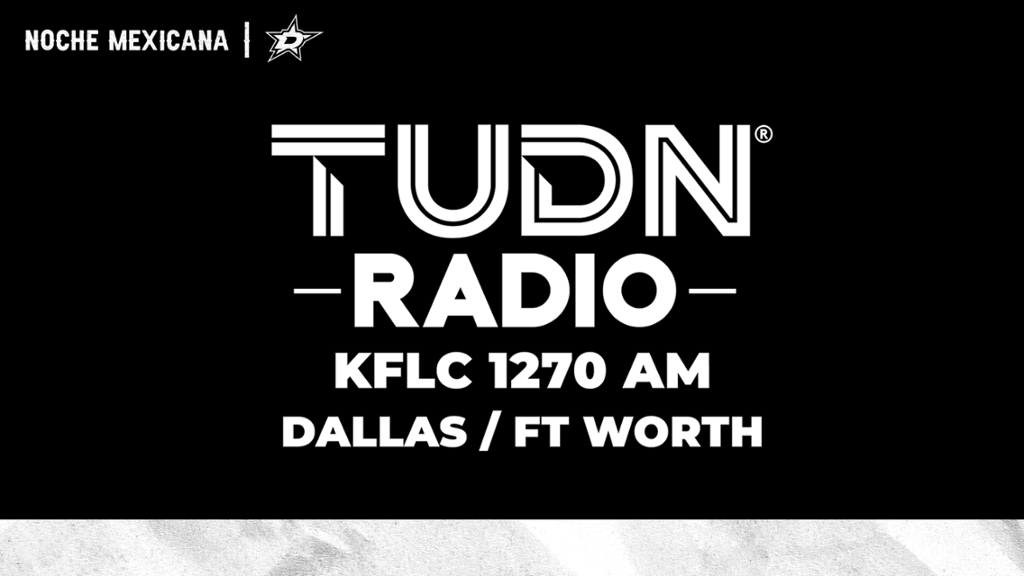 FRISCO, Texas — The Dallas Stars and Univision announced today that the team’s contest on Wednesday, March 2 against the Los Angeles Kings at American Airlines Center will be carried locally on TUDN Radio Dallas KFLC 1270 AM and simulcast on HD 107.9 beginning at 7:30 p.m. The Spanish language broadcast on March 2 coincides with the team’s celebration of Noche Mexicana.

The Spanish radio broadcast will be available for streaming via the NHL App. Bally Sports Southwest and Sportsradio 96.7 and 1310 The Ticket will provide the English broadcast for the Stars-Kings game.

About Noche Mexicana
Noche Mexicana pays tribute to the vibrant Mexican-American culture that is part of the rich diversity in the Lone Star State. The ceremonial puck drop will feature Dallas Cowboys offensive tackle Isaac Alarcón. A native of Monterrey, Mexico, Alarcón has spent the last two seasons with the Cowboys and began his tenure with the team through the NFL’s International Pathway Program.

Party on PNC Plaza begins at 5:30 p.m. with performances by Monica Saldivar and Mexico 2000 Ballet Folklorico, along with custom Dallas Stars quesadillas from Tortas Insurgente. During pregame warmup, the entire Dallas Stars team will wear one-of-a-kind jerseys with the colors of the Mexican flag that will be auctioned off through the Dallas Stars Foundation. Proceeds collected from the warmup jersey auction and the Dallas Stars Foundation 50/50 Raffle presented by Jim Ross Law Group will benefit Mi Escuelita Preschool and The Concilio.