Ukrainian software engineer describes escaping Kyiv with his wife, 2 cats, and half a tank of gas 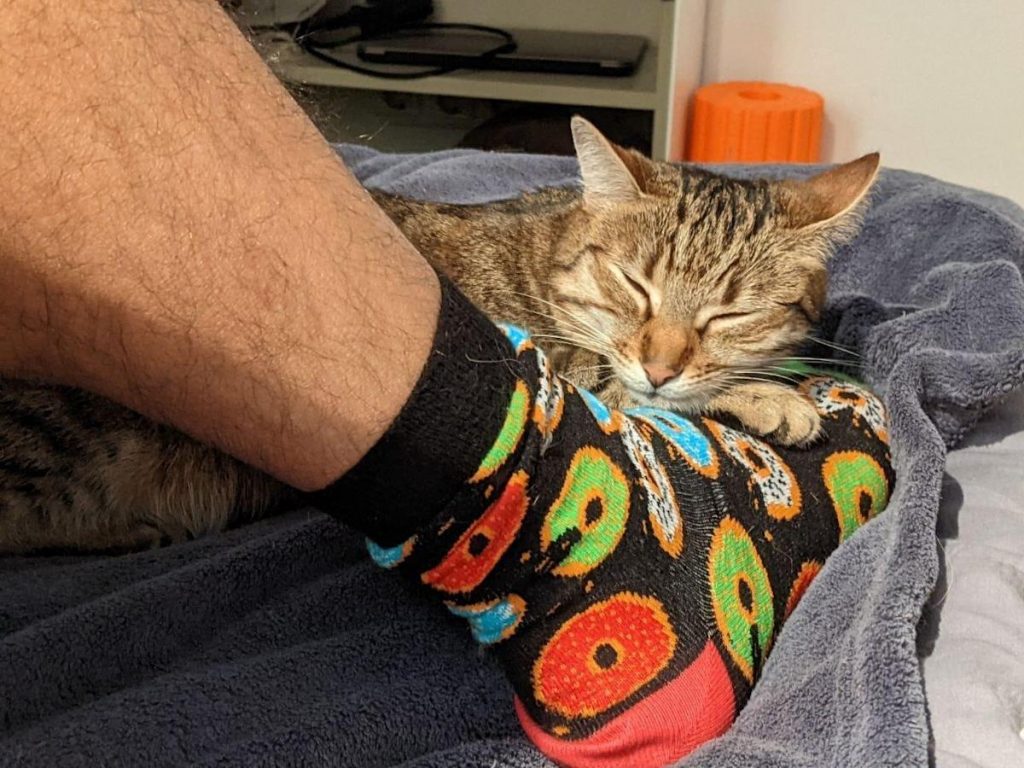 Dima awoke to the sound of bombs on the morning of February 24. At first he wasn’t sure, but when he heard the second boom he knew that Russia was attacking Kyiv, where he lives.

He jumped out of bed and began packing. His wife, Tetiana, was still asleep.

“She sleeps very well,” Dima, a software engineer, told Insider, declining to share his last name to protect his safety.

“I was the one who woke her. I tried to do this as gently as possible, but still, she panicked because she realized and heard,” he said.

They didn’t end up leaving that day. The lines of cars exiting the city were long and barely moving, and Dima and Tetiana only had half a tank of gas. They feared they would burn through all of it waiting in traffic.

“It wasn’t clear if we should move or we should stay and how dangerous it can be,” Dima said, adding, “If you lose this window when you should move, then it becomes really hard for you to move.”

The next day the roads seemed clearer, so they packed their cats, Scotty and Pixie, into carrier bags and drove south. They had friends in Vasylkiv, about 20 miles away. The drive took two hours, and they had to show documents at three military checkpoints, according to Dima.

Although the couple thought they might be safer in Vaslylkiv, just hours after they arrived, the night was broken by bombings.

‘It’s really hard to play tabletop games when you hear air strikes above your head.’

There was a military base about three miles from Vasylkiv, and Russia attacked it three or four times in the three days the couple stayed there, Dima said.

The daytime was calm, other than occasional spurts of shooting in the distance. But around 10 p.m., bomb blasts would begin to shake the windows, according to Dima.

“What’s really scary is when those air strikes are followed by ground shootings, so you understand that some troops were delivered and there’s a ground war,” Dima said. “The experience is not pleasant, basically. You are stressed and you don’t know if the next bomb will hit somewhere really close.”

They tried to distract themselves by cooking borscht, cleaning, and playing with the dog. At night, they turned to games.

“It’s really hard to play tabletop games when you hear air strikes above your head, but I think doing something is definitely better than just shaking in fear, which we, I think, stopped doing after the second night,” he said.

But after three nights of air strikes, coupled with news that Russia’s military was bombing residential areas, they decided it was time to move further west, away from the fighting. Dima and Tetiana repacked their car. Their Vasylkiv friends packed their dog and cat into their own vehicle. Then the two-car caravan drove west, searching for gasoline so that they could make it to a small railroad town in central Ukraine, where Tetiana’s grandparents live.

They only found one gas station selling fuel. The lines were long and the owner demanded cash payments, but they managed to refuel.

“As soon as we got the gasoline our spirits were lifted, and it was really easier to see how we can get where we want to get,” Dima said.

For the cats, who were skittish about the loud sounds and grouchy about traveling in small carrying bags, it was a tougher adjustment.

“They’re not really adventurous,” Dima said, adding, “They were living in apartments throughout their whole life.”

A bubble of peace, but with air-raid sirens

The couple originally intended to keep driving west and settle in a safer place where they could volunteer to help the war effort. But for now, Dima, Tetiana, their friends, and their pets are staying in the small railroad town.

Dima wants to join a civilian militia, which supports the army and staffs checkpoints.

“It’s really hard for me to read the news and not be able to actively help, so I want to be somewhere where I can be really helpful,” he said. “I’m trying to find a common ground here, where we can help, but also she’s safe,” Dima said of Tetiana.

Instead, they’ve found that the apartments in western cities are filling with people from central and eastern Ukraine. So they’ve remained with Tetiana’s grandparents for now, where they have a place to stay.

They couldn’t find any coffee in town for a few days, which was difficult since Dima and Tetiana normally drink it daily. They recently discovered a coffee shop that’s still open, though.

“It’s very normal here. You wouldn’t tell that there’s a major war happening in the country. People are going to the stores, driving bicycles,” Dima said, birds singing in the background of our phone call. “Nothing shows that there’s any sign of disaster.”

An hour and a half later, he sent an audio recording of air-raid sirens, with a text: “Not only birds chirping.”

The sirens go off a few times a day, he said, but there haven’t been bombings. Now they can go a whole night without hearing sirens or shootings.

It’s unclear if that peace will last.