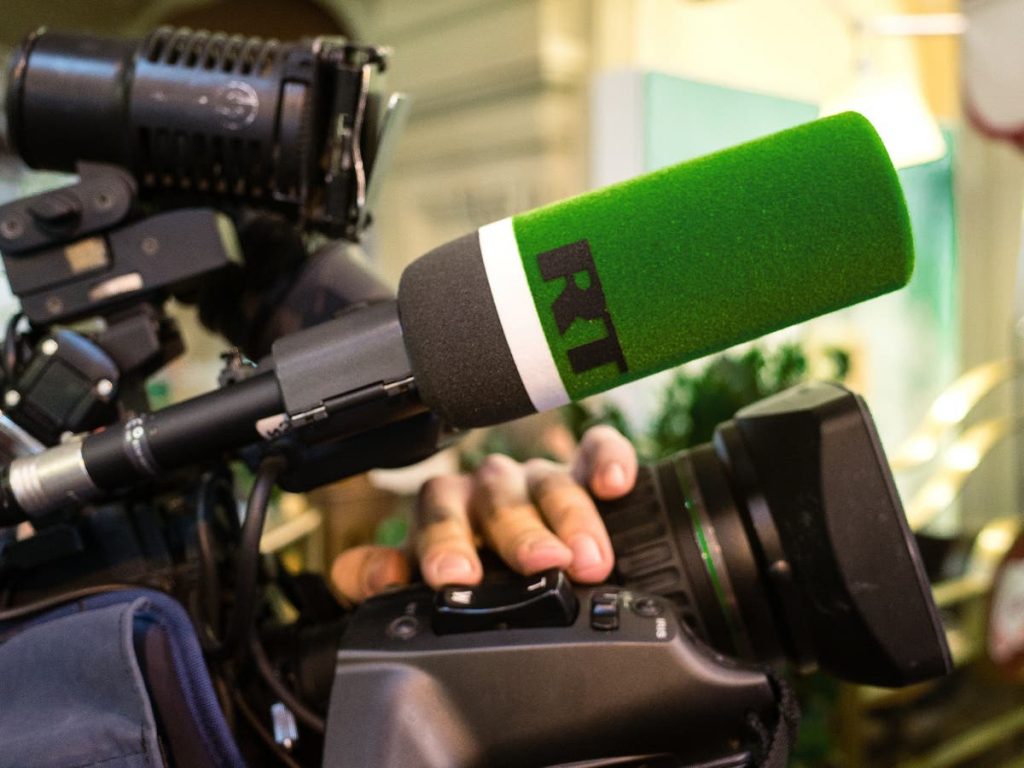 A Kremlin-backed TV channel is no longer allowed to broadcast in the UK after the media regulator revoked its licence with immediate effect.

It comes as Russia continues to wage its war in Ukraine, which has killed hundreds of civilians, forced more than 3 million to flee and devastated cities in its first three weeks.

On Friday, the British media regulator said it was taking away RT’s licence to broadcast in the UK, following a probe which took into account its funding from the Russian state and new laws affecting independent journalism in Russia.

“We do not consider RT to be fit and proper to hold a UK licence and cannot be satisfied that it can be a responsible broadcaster,” Ofcom said.

The channel hit back, accusing the regulator of being a “tool of government” and “robbing the UK public of access to information”.

Ofcom said it recognised the fact RT was currently off air in the UK as part of its investigation. Sky TV stopped showing the channel due to EU sanctions affecting its European satellite operator, while Google has also banned its YouTube channels.

The regulator said there were 29 ongoing investigations into RT’s news and current affairs coverage of Russia’s invasion of Ukraine as of Friday and it considered the “volume and potentially serious nature of the issues raised within such a short period to be of great concern”.

Ofcom said it opened a separate investigation into whether ANO TV Novosti should retain the licence it held for RT.

It announced on Friday it would be removing this with immediate effect.

Dame Melanie Dawes, the chief executive of Ofcom, said: “Freedom of expression is something we guard fiercely in this country, and the bar for action on broadcasters is rightly set very high.

“Following an independent regulatory process, we have today found that RT is not fit and proper to hold a licence in the UK. As a result we have revoked RT’s UK broadcasting licence.”

Anna Belkina, RT’s deputy editor in chief, told Reuters: “Ofcom has shown the UK public, and the regulatory community internationally, that despite a well-constructed facade of independence, it is nothing more than a tool of government, bending to its media-suppressing will.”

She claimed Ofcom had “falsely judged RT to not be ‘fit and proper’ and in doing so robbed the UK public of access to information.”

The Russian government has stepped up censorship since it launched its invasion of Ukraine.

The Kremlin has blocked most of Russia’s independent media outlets and forced the rest to halt coverage altogether with threats of prosecution and prison for reporting that deviates from the official line, which includes calling the action a war or invasion.

The Independent has a proud history of campaigning for the rights of the most vulnerable, and we first ran our Refugees Welcome campaign during the war in Syria in 2015. Now, as we renew our campaign and launch this petition in the wake of the unfolding Ukrainian crisis, we are calling on the government to go further and faster to ensure help is delivered. To find out more about our Refugees Welcome campaign, click here. To sign the petition click here. If you would like to donate then please click here for our GoFundMe page