U.S. to thwart China’s semiconductor industry on all fronts : The DONG-A ILBO 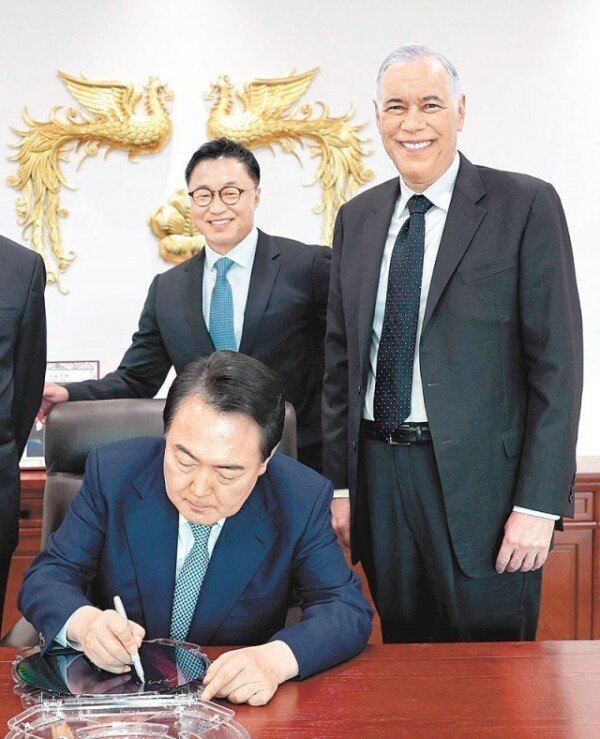 The Biden administration’s announcement envisioned as early as Friday local time to impose sweeping semiconductor export restrictions on Chinese entities is apparently aiming to thwart China’s semiconductor industry at all fronts as the measures ban exports for system semiconductors serving as the brain of advanced weapons and AI but the memory chips used in all electronic products.

The U.S. Department of Commerce is preparing measures to require foreign firms to get separate approval if they plan to sell semiconductor technology and equipment such as 18nm DRAM or below that exceeds its current standards based on the U.S. Foreign-Direct Product Rules (FDPR) currently applied on Chinese mobile communications companies including Huawei.

Many analyze that the measures are one of the most sweeping export restrictions by the Biden administration as they include the memory area, NAND Flash and DRAM in particular, which China is catching up fast.

The restrictions aim to prevent at the initial stage China’s state-owned semiconductor companies YMTC and CXMT from further developing 128-layer NAND Flash and 19nm DRAM or above, which the two companies are presently manufacturing and thereby killing the country’s semiconductor industry as a whole. Some U.S. industry experts noted that the measures might almost be carpet bombing against the Chinese semiconductor industry.

However, the U.S. government is said to exempt some Korean semiconductor makers, such as Samsung Electronics and SK Hynix, that are running DRAM and NAND Flash manufacturing plants in China. The Korean government has reportedly been discussing with the U.S. possible exemptions for the export restrictions conveying messages of concerns of Korean semiconductor firms.

Korea’s semiconductor industry is paying keen attention to the restriction measures. “While it is hard to predict exactly how the measures would affect the domestic industry landscape yet, the effect may likely be limited as the evaluations for an export ban on foreign companies may be conducted case by case,” an industry insider said. “Korean chip makers would not be the target as the measures aim to stifle those of China.”

Still, some concern that there might be some restrictions for equipment replacement and upgrading. In China, Samsung Electronics currently produces around 40 percent of its NAND Flash, whereas SK Hynix is manufacturing some 50 percent of its DRAM. Their plants built in Xi’an in 2014 and Wuxi in 2006, respectively, have witnessed rising investment demands for increasing relevant facilities and replacing old equipment. “It is unlikely the Biden administration would apply exceptions on Korean semiconductor firms wishing to expand their facilities in China even if overall semiconductor performance is enhanced in several years,” sources in Washington forecast.

Some others raise concerns that corporate earnings of Korean chip makers may decline in the long term if Chinese semiconductor demands are suppressed, which account for about half of Korea’s total semiconductor exports.