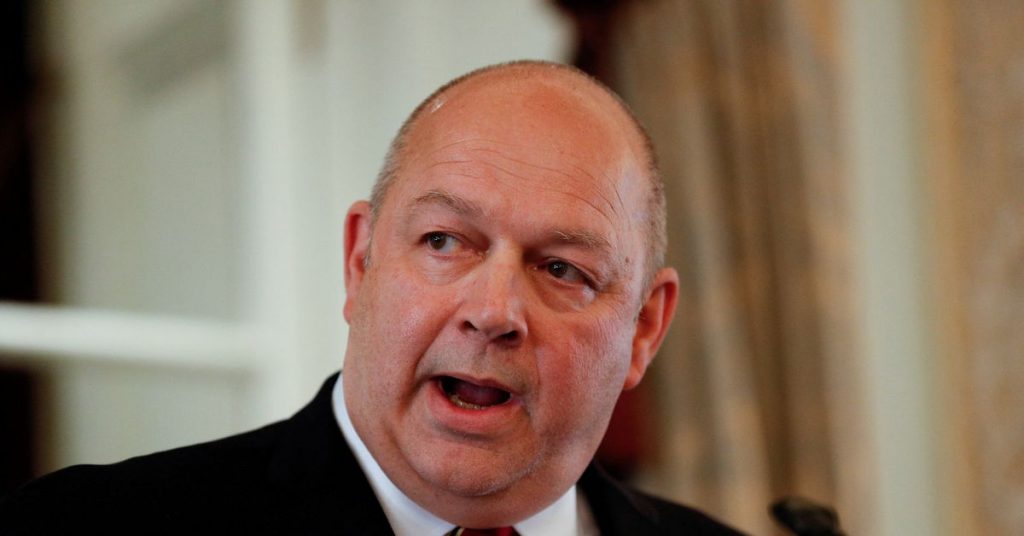 WASHINGTON, Feb 3 (Reuters) – U.S. lawmakers on Thursday blasted two federal agencies for failing to avoid an embarrassing last-minute standoff between the aviation and wireless industries over 5G C-Band deployment and airplane interference, with the head of the Federal Aviation Administration conceding “we need to do better as a country.”

FAA Administrator Steve Dickson testified before the House of Representatives Transportation and Infrastructure subcommittee during a hearing in which lawmakers voiced frustration with his agency and the Federal Communications Commission and asked why the standoff was not resolved earlier.

Representative Garret Graves, the subcommittee’s top Republican, said the FAA and FCC played “chicken with one another – or whatever ridiculousness happened – and now we ended up threatening aviation safety. We had flights canceled. … It’s embarrassing.”

The rollout took place on Jan. 19, but only after Verizon Communications Inc (VZ.N) and AT&T Inc (T.N)agreed to delay deploying about 510 5G wireless towers near airports in light of safety concerns.

Dickson testified that federal agencies need to improve their coordination in such matters because there will be additional spectrum issues in the future.

The aviation industry and FAA had warned that 5G interference could impact sensitive airplane electronics such as radio altimeters, which gauge the height of an aircraft above terrain immediately below it and are used in low visibility landings.

Airlines CEOs on Jan. 17 had warned of an impending “catastrophic” aviation crisis that could ground almost all traffic because of the 5G deployment. The delay by Verizon and AT&T did not prevent dozens of foreign carriers from canceling international flights to the United States, and it cast the U.S. regulatory system in an ugly light.

“The key to all of this is early and very transparent data exchange,” Dickson said, saying this began in earnest between the aviation and wireless industries only in late December.

Dickson said the FAA could have new standards for radio altimeters in about a year. The FAA has cleared 20 altimeter models and approved 90% of the U.S. commercial fleet for landing in low-visibility approaches in areas with C-Band 5G.

Wireless industry group CTIA CEO Meredith Attwell Baker said she did not understand “how this didn’t get resolved” at least before the December 2020 C-Band auction. She said wireless carriers followed all the rules as they spent $80 billion on the auction to win the spectrum.

FCC Chair Jessica Rosenworcel was invited to appear on Thursday but could not attend, citing a schedule conflict. Rosenworcel said at a news conference last month that “as we use more of our wireless airways for commercial activity we are going to have to engage in more coordination early and often.”

Republican Representative John Katko pressed Dickson on why it took so long for the FAA and FCC to enter into an information-sharing agreement.

“You knew this was bubbling up for a long time,” Katko said. “How the hell did we get to the point where we had so much brinkmanship going on with this? We had five years in the making.”

Reporting by David Shepardson; Editing by Will Dunham