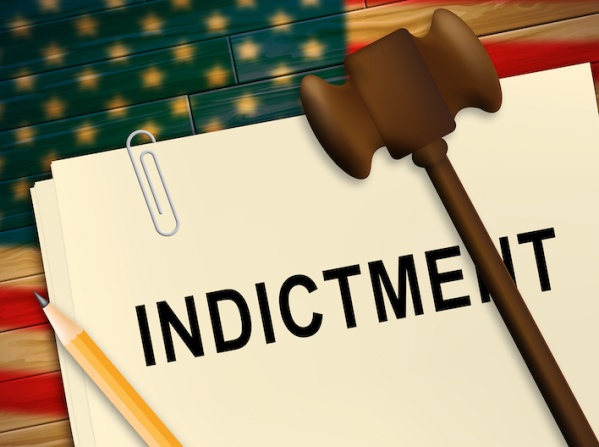 The case is the latest skirmish in a technology war between the U.S. and China that escalated during the Trump administration and continues under the Biden administration. The U.S. has banned exports of key semiconductor technology to China and blacklisted Chinese companies suspected of using U.S. knowhow to develop the world’s first hypersonic missiles.

The indictment alleges that Hytera hired Motorola employees, directing them to take proprietary information from Motorola without authorization. While at Motorola, some employees sent trade secrets from the company’s internal database via emails. The emails outlined plans to use the technology at Hytera, according to the statement.

DOJ has released a heavily redacted copy of the indictment along with the press statement. The names of some defendants were blacked out.

From 2007 to 2020, Hytera and the poached employees used Motorola technology to accelerate development of Hytera’s DMR products, which it sold around the world, according to the indictment. Hytera offered higher salaries and attractive benefits to lure theMotorola employees, the indictment alleged.

If convicted, Hytera faces a criminal fine of up to three times the value of the stolen trade secrets, including R&D expenses and other costs avoided by the Shenzhen-based company.No estimate of the costs was provided in the DOJ statement.

Motorola Solutions supplies telecom equipment. It succeeded the iconic Motorola Inc., which spun off its assets in 2011.

Starting in 2017, Motorola Solutions filed a series of lawsuits against Hytera in the U.S., Germany and Australia, as well as with the U.S. International Trade Commission. At the same time, Hytera filed antitrust litigation against Motorola Solutions for allegedly engaging in anti-competitive practices.

Parent Motorola Inc. pioneered mobile communications, supplying two-way radio equipment to the military, police and firefighters. The company grew to became one of the world’s largest tech companies, with manufacturing operations that included semiconductor facilities around the world. Known by its batwing brand logo, Motorola sold some of the first mobile phones and, during the 1990s, was the leading seller in the Chinese market.

Motorola was among the first multinationals to build a chip fab in China. The company “dared to go where no man has gone before,” C.D. Tam, former president for Motorola Asia Pacific, said while announcing the fab project.

This article was originally published on EE Times.

Alan Patterson has worked as an electronics journalist in Asia for most of his career. In addition to EE Times, he has been a reporter and an editor for Bloomberg News and Dow Jones Newswires. He has lived for more than 30 years in Hong Kong and Taipei and has covered tech companies in the greater China region during that time.