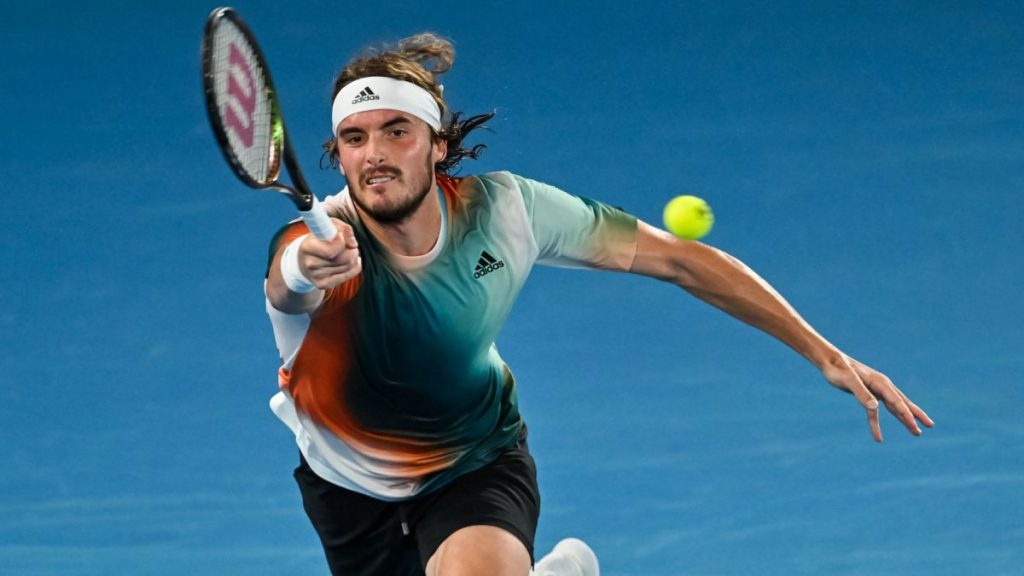 The second of the Australian Open Men’s semi-finals takes place today at the Rod Laver Arena court in a repeat performance from last year. Tsitsipas vs Medvedev worked out in favour of the Russian last time around but can the Greek exact his revenge in 2022? Here’s how to watch a Stefanos Tsitsipas vs Daniil Medvedev live stream wherever you are – including ways to see the match absolutely FREE.

No.2 seed Medvedev had to battle with all his might to keep his title dream on track in the last round, saving a match point in his marathon five-set win over Felix Auger-Aliassime. Tsitsipas meanwhile notched up his first straight-sets victory of the campaign, with an at-times effortless last-8 display against Jannik Sinner on Wednesday.

Medvedev leads the head-to-heads with Tsitsipas, 6-2 , however the world no.4 Greek won their last meeting at 2021 Roland Garros in three sets.

For added spice, these two players have a track record of acrimony after a never-reconciled war of words at the Miami Open in 2018, so there could be fireworks in store.

Watch all the drama unfold by following a Tsitsipas vs Medvedev live stream at the Australian Open 2022.

How to watch Tsitsipas vs Medvedev: live stream Australian Open 2022 for FREE Down Under

How to live stream Tsitsipas vs Medvedev from outside your country

For broadcast and streaming details in more tennis-mad countries like the UK, US, Canada and New Zealand, just scroll down the page – everything you need to know is there, including estimated start times and broadcast details.

But if you try to watch your domestic coverage from anywhere outside your home country, you’ll soon find a problem – geo-blocking. That’s where the broadcaster prevents you from watching your usual feed from abroad. It’s a common problem for sports fans all over the world.

By downloading and installing a VPN, you can effectively trick your computer into thinking that it’s back at home.

Use a VPN to watch Tsitsipas vs Medvedev from anywhere

US: Tsitsipas vs Medvedev live stream

CAN: Tsitsipas vs Medvedev live stream