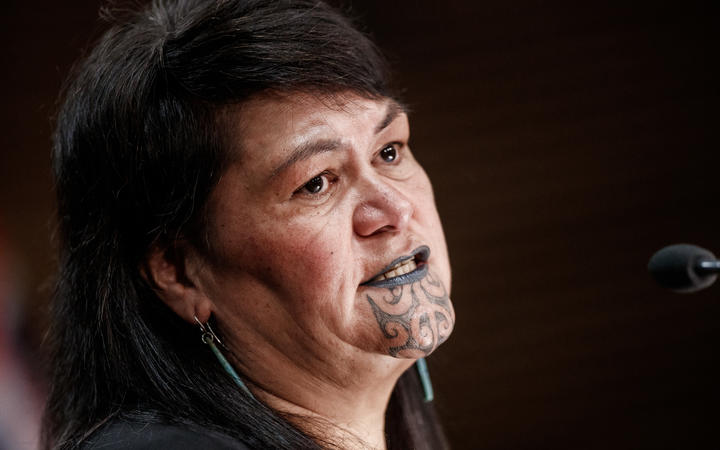 Two naval ships with supplies have been approved for arrival in Tonga, an updated statement from the New Zealand government with more details on the situation, says.

The Tongan government has so far confirmed three deaths in relation to Saturday’s eruption of Hunga Tonga-Hunga Ha’apai, and all houses on the island of Mango were wiped out.

The island’s population, along with that of another outer island, Fonoifua, would be evacuated – about 150 people.

New Zealand yesterday sent two naval ships with supplies on a three-day voyage to reach the islands, and an Orion aircraft to help with reconnaissance.

The ships were sent before an official request for help from the Tongan government, but the statement from Foreign Minister Nanaia Mahuta’s office this afternoon confirmed the vessels – expected to arrive by Friday, depending on weather – had been approved.

Other updates included news a mobile network was expected to be established using the University of South Pacific’s satellite dish today, though the connection would likely be limited and patchy.

Meanwhile, US company SubCom expected repairs to the undersea cable which carries most of Tonga’s communications would take at least four weeks.

The eruption was likely the world’s largest in the past three decades, and support and aid efforts have been stymied by communications outages after the blast.

Speaking from New Plymouth ahead of the Labour Party caucus retreat, Mahuta said the Tongan government had not yet requested help with the evacuations of Mango and Fonoifua, but New Zealand was ready to assist.

“Of the images that have been sent to Tonga … to help with an on-ground assessment, we are aware there is significant damage to the outer islands.”

She said the conversations with the Tongan Government about supply of aid had involved how to ensure the islands could remain Covid-free, such as with contactless delivery.

“We’re expecting with the high level of engagement with the islands that they’ll need medical supplies as well as perhaps Covid-related supplies.”

“Officials are looking to each other between our two governments to say what is viable under a Covid context,” she said.

She said there had been no further formal updates on fatalities – at this moment the death toll was three.

Air crew stack and secure pallets of disaster relief supplies to be sent to Tonga by Royal New Zealand Air Force, in the wake of a tsunami triggered by a volcanic eruption in January.
Photo: Supplied / Dillon Anderson Photography via NZDF

Defence Minister Peeni Henare said both the naval vessels were on the way to Tonga now.

“We don’t know what the shipping lanes look like so we want to proceed with a bit of caution as we get closer to the Tongan islands.”

Mahuta said the vessels would provide water, including desalinisation, along with other supplies and surveillance work.

“Some of that … is around divers who are able to assess the wharf where there was significant damage.

Meanwhile, a Hercules C-130 loaded with emergency supplies had been unable to land due to ashfall at the Nuku’alofa airport.

Mahuta said there was no significant damage to the Nuku’alofa runway. Clearing of the ashfall there was hoped to be completed today, which would enable the Hercules to land.

In the meantime, a second air surveillance flight by a New Zealand P3 Orion was being conducted today, this time including Fiji’s southern Lau islands at the request of the Fiji Government to check for tsunami damage.

Smaller communities may also need help with the clean-up effort including with power generators and such, she said.

Mahuta said in the first instance thoughts and prayers were with the families, who were very anxious about what has happened in Tonga.

The statement advised all New Zealanders in Tonga to follow the advice of local authorities including tsunami evacuation orders, and register their details on the safetravel website, although communication services remain patchy.

The governmnet also advised that the NZ Red Cross Restoring Family Links system for Tonga is available to help connect people who have lost contact with loved ones.

Volcanic activity and tsunami risk continues to be monitored.