Tonga subsea communications cable ‘may be broken after all’, says Southern Cross 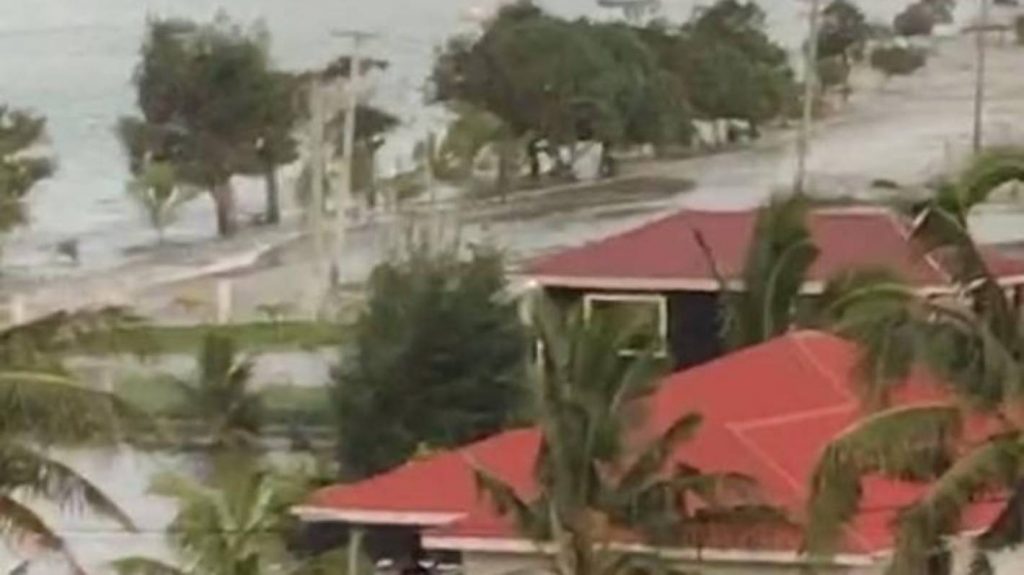 Southern Cross Cable Network says the 872 kilometre fibre-optic communications cable connecting Tonga to the outside world may have been broken after all.

A cable break might mean communications to and from Tonga could remain limited for days or weeks, depending on whether any cut was on land or at sea.

Phone and internet communications to and from Tonga have been sparse after the Tonga Cable which connects the Tongan capital of Nuku’alofa to Southern Cross’ trans-Pacific cable in Suva, Fiji, was knocked out of action in the wake of the Hunga Tonga volcanic eruption and tsunami on Saturday.

Southern Cross sales director Craige Sloots initially said on Sunday morning that it was not clear if the fibre-optic cable had been cut or had just been disabled because of a loss of power.

He later said an update from partner Fintel suggested the Tonga cable itself was “looking okay”.

But in a further update shortly before 5pm on Sunday, New Zealand time, Sloots said there might be “slightly worse news”.

“It appears that there may be a cable break after all,” he said.

Digicel, a Jamaican phone company that part owns the Tonga Cable System, said earlier on Sunday afternoon that it might take 24 hours before it could provide an update on work to restore the important communications link.

Digicel, which is a minority shareholder in the majority Tonga-government owned cable, said in that statement that “all communication to the outside world in Tonga is affected due to damage on the Tonga Cable Limited submarine cable”.

The company said it was working urgently with local authorities to “resolve the damage”, adding that its domestic mobile phone towers were operating across the main island of Tongatapu.

While the Tonga Cable System would normally carry almost all phone and internet traffic to and from Tonga, satellite ground stations – or expensive satellite phones that connect directly to satellites without any ground-based infrastructure – can provide an alternative means of maintaining some communications.

Digicel said it was working on getting satellite link connectivity “and this will be available to limited customers in essential services and government”.

“We are all praying for the safety of our loved ones in Tonga. Within the next 24 hours we will have an update for you on our systems,” it said in a statement posted on Facebook.

“We understand the need to be connected to your loved ones during this difficult time and we will continue to work with the local authorities to restore full connectivity as soon as possible,” it said

Digicel said in an earlier update that it had been in contact with its team “on the ground across Tongatapu and the outer islands” and they were all safe, while adding there was “damage along the waterfront areas stretching 50 meters inland”.

The Tonga Cable website was still offline shortly after 5pm.

In the worst case scenario that the Tonga Cable had been cut at sea, a specialist cable repair ship might need to be dispatched to repair the cut.

But land-based cuts to fibre-optic cables can be fixed relatively quickly.

The Tonga Cable has been cut once before, in 2019, in an incident that was attributed to a ship’s anchor catching the cable and dragging and breaking it.

It took two weeks for a cable repair ship operated by subsea cable company TE Subcom to reach the site and patch it.

After the 2019 cable-break, the Tongan government signed a contract with Singaporean company Kacific to upgrade its satellite communications links, according to Kacific.

Such links can provide limited back-up for international phone and internet services and Kacific said at the time they would also be used to connect outlying islands to Nuku’alofa.

Kacific reportedly took legal action against Tongan government-owned company Tonga Satellite Limited this year, alleging it had not been paid millions of dollars for its equipment and services.

The company has been contacted for information on the status of its ground station infrastructure in Tonga.

With conventional communications sparse, more information about the situation on the ground in Tonga may come from aerial or satellite imagery.

Californian satellite company Planet Labs, which captured a photograph of the volcano just two hours before it erupted, said it was working to collect images of areas impacted by the tsunami it generated.

Planet operates a fleet of about 200 satellites that circle the globe every 24 hours.

Spokeswoman Anne Pellegrino said it expected to capture new photos later on Sunday, New Zealand time, of the volcano after it erupted.

Spark said it would be waiving all charges for calls to Tonga from Spark landlines and mobiles for a week, until next Sunday, while noting that services were currently disrupted.