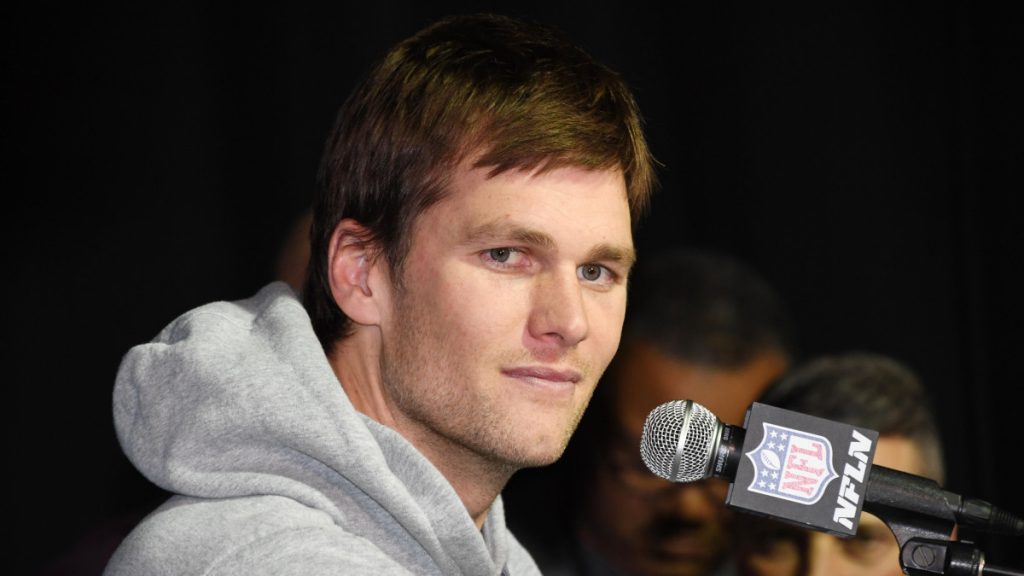 1. Now that the dust has settled from Tom Brady’s retirement announcement, it’s time to focus on what he will do next. The most obvious question: Will the future Hall of Famer try to get into broadcasting?

Personally, I hope he does. As I’ve written many times over the past two years, it’s been a pleasure to see more of Brady’s personality in the time since he left New England. Just based on his one ManningCast appearance this season, it’s clear Brady would be a natural in the booth. I think with his playing days over, he would really let his opinions fly.

The 44-year-old has already said that he will continue his weekly SiriusXM radio show next season. Why not add a TV gig?

The combination of being the greatest quarterback of all time and being a legitimate A-list star means you get to call the shots.

And there are plenty of options out there for Brady. Every network that airs a studio show—CBS, Fox, NBC, ESPN, NFL Network—would add Brady in a heartbeat if that’s what he wanted.

But I think he’d be a waste in the studio. Here’s what would be a better use of Brady’s talents:

Fox: If Troy Aikman leaves Fox for Amazon, which has been reported as a possibility, this is easily the best fit for Brady. Just slide him right into the No. 1 spot and let him do his thing. If Aikman does indeed move on, Fox almost has to go after Brady because it has very little depth on its analyst roster. Fox will need to hit a home run with its Aikman replacement and Brady would be a grand slam, although Joe Buck wasn’t high on this happening when I pitched him the idea on last week’s SI Media Podcast.

Monday Night Football: Who knows if ESPN wants to cough up the money that Brady would command, but if the World Wide Leader, which has struggled for years to find a Monday Night Football booth that is a hit with the viewers, decides to pay up, you can believe they will go after Brady hard.

Amazon: If Brady wants to start his broadcasting career in a low-key manner, Amazon would be the perfect fit. He won’t have the pressure of 20 million people watching him like they would on a Sunday game in the late window. And Amazon has waaaaaaay more money than any network, so that won’t be an issue if they want to bring him in to call Thursday Night Football next season.

BradyCast: With the success of the ManningCast on ESPN2, you can be assured that every single network is thinking of ways to create a copycat version. If Brady wants to go with a reduced schedule, à la Peyton, who just did 10 ManningCasts this season, a BradyCast could be the way for him to go. How about a Brady-Gronk–Julian Edelman show next season?

2. A brand-new SI Media Podcast dropped Thursday morning, and it features a conversation with Bryan Curtis of The Ringer.

We covered all the latest sports media news including the entire saga of Tom Brady’s retirement announcement and news break, Tony Romo’s rough day in the booth for the AFC title game between the Bengals and Chiefs, why Troy Aikman has become the best NFL analyst on television, Al Michaels’s future, the ridiculousness of Radio Row and much more.

You can listen to the podcast below or download it on Apple, Spotify and Stitcher.

4. Blackhawks owner Rocky Wirtz had a complete meltdown at a town hall on  Thursday when he was asked about the sexual assault case involving former player Kyle Beach. Just a brutal look from a PR standpoint.

5. According to CNBC, the average ticket price for the upcoming Super Bowl LVI in Los Angeles is currently $9,496.

All that money and the game is approximately 8 gazillion times better on TV. Amazing.

6. Sportswriters get all kinds of bizarre requests on a daily basis, but this one, shared by the NFL Network’s Jim Trotter, is on a different level.

7. RANDOM VIDEO OF THE DAY: On this date in 1994, my all-time-favorite Seinfeld episode, “The Dinner Party,” aired on NBC. Everything that was great about Seinfeld is perfectly encapsulated in this scene.

Be sure to catch up on past editions of Traina Thoughts and check out the Sports Illustrated Media Podcast hosted by Jimmy Traina on Apple, Spotify or Stitcher. You can also follow Jimmy on Twitter and Instagram.