To Code or Not to Code: The Benefits of Automating Software Testing 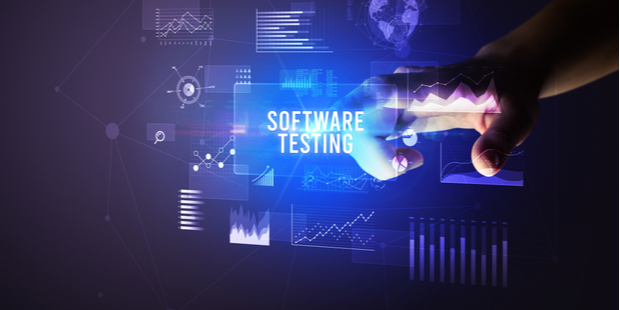 It should not have surprised any Fortune 500 CEO when Herbert Diess was dismissed in July from his position as CEO of Volkswagen. According to press reports, buggy software was one of the main reasons the board of directors chose to replace him. VW’s software unit, Cariad, could not produce working software, which has delayed the scheduled launch of new Porsches, Audis, and Bentleys.

CEOs know poor quality software could cost them their jobs. A recent Leapwork survey showed that 95% of CEOs would fear their job security in the event of a software failure. Over three-quarters (77%) say software failures have damaged their companies’ reputations within the last five years.

And yet, despite this fear, 85% of CEOs feel that it’s fine to release software that hasn’t been sufficiently tested, so long as it is patch tested. Unsurprisingly, when testers were surveyed, they said that about four in 10 software releases hadn’t been properly tested.

So, while the C-suite may not be familiar with software testing processes, they’re very familiar with the fallout when things go wrong. Software failures destroy revenues and company reputations — and can even endanger lives.

VW is far from the only company to suffer due to software failures. Facebook’s outage in October – one of the worst it has experienced in the past decade – resulted in a 5% drop in share price and a loss of billions from its market cap value. The company said the cause was a bug in a software program that was supposed to identify and prevent commands from being issued that could take systems offline accidentally.

It all begs the question if CEOs know the dangers and fallout of inadequate software testing — and according to the survey, the vast majority have experienced the painful consequences — why do these software failures keep happening? Why does so much software get released without being properly tested?

The answer can be largely summed up in a single phrase: manual testing.

Almost four in 10 CEOs say that their reliance on manual tests slows development down to the point that software gets released without enough testing. When testers were asked about the prevalence of manual testing, just 43% said they were using some automation, meaning that well over half (57%) rely entirely on manual testing.

Manual testing is a problem because it’s so resource-heavy and time-consuming that it introduces unsustainable delays. As a result, organizations are forced to make terrible choices: cut corners, not test all their software appropriately, delay release until testing can be accomplished, and potentially miss the market window, losing momentum, and sharing to competitors who released their products earlier.

The COVID-19 pandemic only exacerbated this problem because it spurred a rapid increase in the use of digital platforms, accelerating the need for digital transformation. This trend put enormous pressure on IT departments, as teams had to find a way to scale and provide the digital services customers required with minimal resources.

Those resources have been stretched further by the “Great Resignation,” as many people reconsider their career options following two years of COVID-related uncertainty and upheaval. In July 2022, the U.S. unemployment rate fell to 3.5%, matching a five-decade low and signaling an enormous need for new hires.

Highly skilled employees are in high demand, giving software developers and testers plenty of options to find higher-paying work that better satisfies their career goals. As a result, IT and software development teams often find themselves shorthanded and struggling to deliver high-quality software at a pace that meets demand.

The hoped-for solution to these problems has been test automation. This offers a way to reduce manual involvement, test greater volumes, remove the risk of human error and accelerate time to market as much as tenfold for a serious competitive advantage.

Yet, even organizations that have rolled out automated testing have discovered that a big problem remains. They can’t easily scale these solutions because professional-grade coding skills are still required. Even if they are marketed as “low-code,” they’re still far too complex for business users. Even testers usually lack the coding skills to set up tests on their own.

As a result, coding skills remain a resource bottleneck that slows down the testing process and limits collaboration with business users. What’s more, as automated testing becomes more pervasive throughout the organization, the maintenance workload grows. All those test engineers an organization hired to implement an automation framework increasingly spend their time maintaining code instead of building bigger and smarter test scopes. Scaling becomes impossible.

See More: How AI Can Help Address the Talent and Skills Shortage

To Code or Not?

To overcome this bottleneck and enable collaboration with business users, development groups need not just testing automation but also true no-code test platforms. It democratizes testing when tests can be designed, run, and maintained by testers and business users alike without requiring coding assistance. It also enables those closest to the relevant business processes to contribute, ultimately improving software quality and functionality.

The combination of no-code and automation provides broader testing coverage in less time. It overcomes the problems of scale and the coding skills bottleneck by enabling non-developers to set up, execute and even maintain test frameworks.

In this way, organizations can reduce the risk of releasing or deploying buggy software that fails. It’s an approach proven to increase time to market tenfold, unleashing many advantages. That, of course, includes the happy side effect of greatly improving a CEO’s job security.

There is no doubt that an increasingly digital economy requires digital solutions. In automating software testing, companies will solve a major challenge and be armed with the tools to drive growth today and tomorrow.