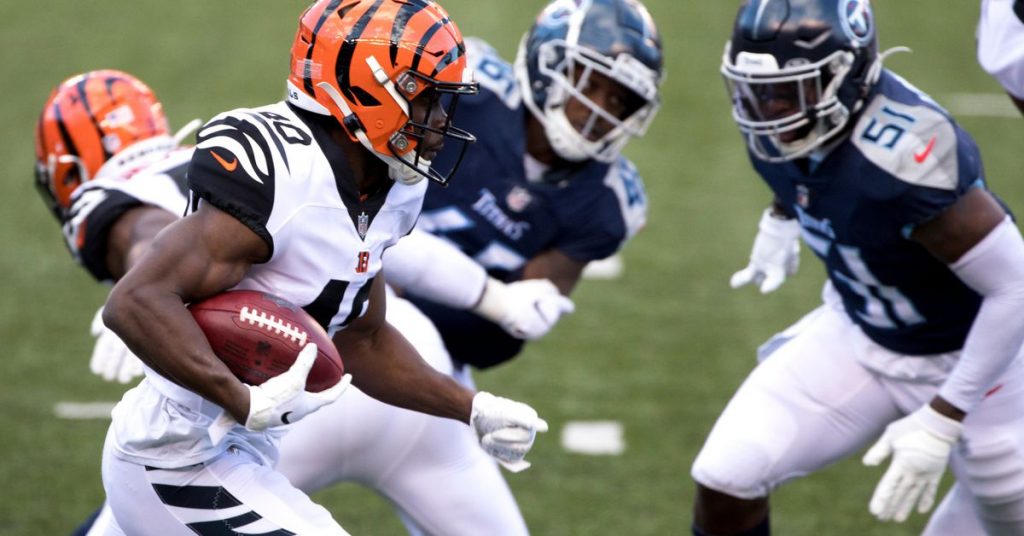 The Titans (-3.5-points, per DraftKings Sportsbook) and Bengals are meeting up in the Divisional Round in Nashville after Cincinnati advanced with a thrilling seven-point win over the Las Vegas Raiders. An ever-important place in this year’s AFC Championship Game will be up for grabs.

The Titans must be prepared to defend against Cincinnati’s high-flying offense that includes Joe Burrow, Ja’Marr Chase, Joe Mixon, Tee Higgins and Tyler Boyd. Tennessee’s defense has been in excellent form as of late, and must rise to the challenge on Saturday afternoon.

Offensive coordinator Todd Downing and quarterback Ryan Tannehill will finally have Tennessee’s full range of offensive weapons available at their disposal. Derrick Henry, A.J. Brown and Julio Jones are healthy and ready to feature as Tennessee’s fearsome trio. The offensive line is healthy and has been in much better form as of late. Tennessee will undeniably attempt to establish the run with the returning Henry against a banged-up Bengals defensive line that lost Larry Ogunjobi and Mike Daniels to injury a week ago. Tannehill is the clear veteran quarterback of Burrow, and Tennessee as a whole has far more playoff experience. They’ll also be playing in front of a pumped-up home crowd, which always works wonders in the playoffs.

It’s hard not to be excited about the Titans’ chances to host next weekend’s AFC Championship Game. Stay tuned to MCM for all updates.