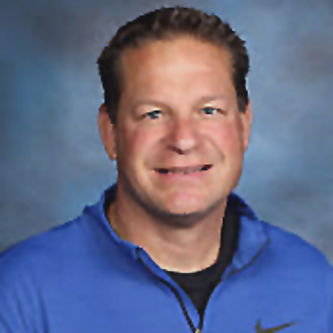 It didn’t take Mike Waldschmidt long to realize he made the right decision.

The Fond du Lac native had just graduated from the University of Wisconsin-Stout and accepted a technical education teaching job at Waupaca Middle School.

Waldschmidt has introduced hundreds of WMS sixth-, seventh- and eighth-graders to tech ed over the years. He retired from his first and only teaching job at the end of the 2020-21 school year and knows he’s made an impact on many of those students over 3 1/2 decades.

“People ask, ‘Why do you want to teach middle school?’” he said. “Because they want to learn. They’re starting to shape themselves and be who they are. Here’s the deal: as long as you’re fair with a middle-schooler, they’re going to be respectful back to you.

“You really get to build a strong relationship and really get to see those kids grow,” he said. ”I can talk to a kid and make a rapport with them.”

“I did an internship with that, but really did not enjoy it,” he said. “I thought I wanted to be a firefighter or a teacher. I always loved working with my hands.”

Waldschmidt’s job evolved over the years.

“It was a lot of, ‘I’ve got to figure this out,’” he said. “I did go to seminars and stuff like that, but like any other technology career now, in order to stay abreast of it, you have to learn as you go. A band saw 35 years ago was a band saw and a drill press was a drill press. Now, we have laser cutters, 3-D printers. A lot of the stuff we’re doing is the same, but now we’re enhancing it where they can engrave their name on their project.”

“Everybody’s going to try it and you’re going to get a sampling,” Waldschmidt said. “If you like it, then take it up more at the high school. If you really don’t, then at least you explored it. People come back all the time and say, ‘Thank you, you taught me enough in middle school so that I can do some things to my house.’

“We do sheet metal, a lot of woodworking projects,” he said. “We run an assembly line, we also do computer-aided design drafting and different STEM (science, technology, engineering and math) activities. I do a lot of single-day STEM activities and I’ll say, ‘This is the way I would do it’ and it would work. All of a sudden, they’d come up with something that’s 10 times better. It’s so cool what they come up with. Their creativity is so much better. To see some of the stuff that they make is unbelievable.

“Some of the students that are not really thrilled about some of the other classes at school come down to tech ed and FACE and those types of classes and those are the ones that just thrive,” he added. “Do I really think it makes their middle school or high school career so much better? Absolutely.”

Waldschmidt, who also coached several wrestling, track, football, basketball and soccer teams over the years, never considered leaving Waupaca once he arrived in 1986.

“I fell in love with Waupaca,” he said. “This was my first job. My wife Cindy taught in Fond du Lac and I brought her here to teach third grade. It’s a wonderful place to raise children.”

Now that he’s officially retired from teaching, don’t be surprised to see Waldschmidt filling in when needed. He plans to be a substitute teacher and continue working at the Waupaca Recycling and Composting Center.

Thirty-five years of teaching at one school means Waldschmidt has seen some familiar names and faces.

“I’m on my third generation with some people,” he said. “I had the middle school student, I had the mom or dad and grandma or grandpa. They’ll say, ‘I didn’t realize how important this was, I was going through a really hard time in middle school and you were there for me.’ You really don’t think you made that impact at that time.”