‘The Real’ to End After 8 Seasons in Syndication 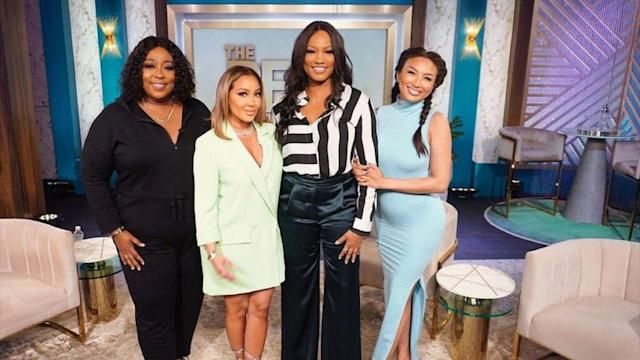 The Real, a syndicated panel talk show, will end its run after this season, the show’s eighth in national syndication, it was confirmed on Friday.

The Real, which was initially conceived by SallyAnn Salsano as an urban answer to ABC’s The View, is distributed by Warner Bros. Domestic Television Distribution and produced by Warner Bros.’ first-run production arm, Telepictures and Salsano’s 495 Productions. While the move comes amidst massive change coming to Warner Bros. as a result of its $43 billion merger with Discovery, The Real’s cancellation had been expected for months.

On Fox-owned stations, The Real mostly aired on the group’s smaller of two stations in duopoly markets, such as on WWOR New York where it ran at 5 p.m. on weekdays. Due to those smaller-station clearances, The Real has been averaging a 0.3 live plus same day national household rating, according to Nielsen, for the past 11 weeks, tying repeats of NBCUniversal’s Jerry Springer.

The Real is hosted by Loni Love, Adrienne Houghton and Jeannie Mai, all of whom have been with the show from the start, as well as Garcelle Beauvais, who joined in 2020. The Real launched in 2014 after a summer 2013 test on Fox stations with co-hosts Love, Houghton (then Bailon), Mai, Tamar Braxton and Tamera Mowry. Braxton departed in May 2016, while Mowry left in July 2020 and was replaced by Beauvais, a model and actress who also has appeared on Bravo’s The Real Housewives of Beverly Hills and many other programs.

The Real joins many syndicated shows that will end their runs after this season, including Warner Bros.’ Ellen DeGeneres, Debmar-Mercury’s Nick Cannon and Wendy Williams, Sony Pictures Television’s short-lived The Good Dish, which replaced Dr. Oz after that show’s host, Dr. Mehmet Oz, departed to run for the U.S. Senate; NBCUniversal’s Judge Jerry, starring Jerry Springer; and CBS Media Ventures’ The Doctors and DailyMailTV. People (the TV Show!), which had been airing on formerly Meredith-owned stations in 12 markets, is also concluding.

Coming to syndication next season are Warner Bros.’ Jennifer Hudson, executive produced by the team behind Ellen; Debmar-Mercury’s Sherri, starring Sherri Shepherd and replacing Wendy Williams; NBCUniversal’s Karamo Brown, replacing Maury Povich; and Fox’s Pictionary starring Jerry O’Connell. Still, with that many shows departing, there will be some holes for stations to fill come fall.