The Next Big Thing in Streaming 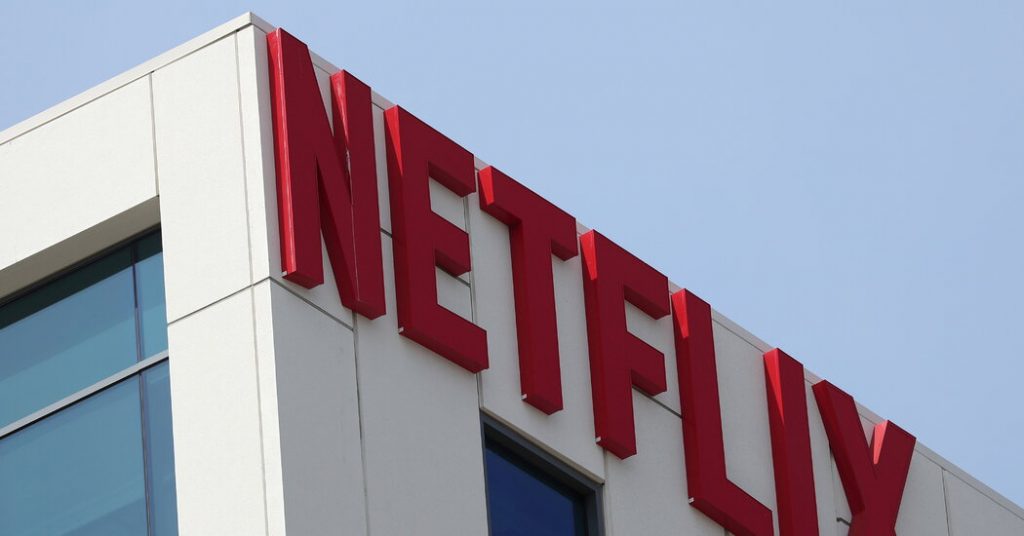 And now, a word from your streaming sponsor…

Later today, Netflix will report its latest quarterly earnings. Analysts do not have high expectations. The streaming service’s profits are expected to drop by more than 20 percent.

In January, Netflix surprised investors when it said that its growth, which accelerated during the pandemic, was set to slow dramatically. The Bank of America analyst Nat Schindler wrote in a note to clients yesterday that Netflix was facing a number of challenges, including higher content costs, increased competition and the possibility that the U.S. has hit its streaming-subscription saturation point. This is not just a problem for Netflix.

Streaming video services have been struggling to sign up new subscribers. To reach more people, including those grappling with rising inflation and subscription overload, some streamers are offering a deal: They will lower prices in exchange for showing ads amid their programming, The Times’s John Koblin and Tiffany Hsu report.

Netflix and other streamers once shunned ads, but that stance is now in flux:

Consumers “need advertising-supported models so that they can balance their bank accounts,” said Kelly Metz of Omnicom Media Group. “There’s a ceiling on what the U.S. consumer can practically afford, just like what we saw back in the day with cable television.”

Apollo is considering joining a bid for Twitter. The private equity firm may offer debt financing to potential buyers, including Elon Musk, who is locked in a battle with Twitter’s board over his $40 billion-plus bid. Meanwhile, Jack Dorsey, Twitter’s co-founder and former C.E.O., criticized “dysfunction” on the company’s board, where he remains a member.

Amazon will audit its workplace practices for racial bias. The e-commerce giant, under pressure from shareholders, said it hired Loretta Lynch, the former U.S. attorney general, to lead the audit. This comes as a judge ordered Amazon to rehire Gerald Bryson, whom it fired two years ago after he protested safety conditions at a warehouse in Staten Island, the same one that recently voted to unionize.

Mask mandates are falling. The largest airlines and Amtrak dropped mask requirements yesterday after a federal judge in Florida struck down a mandate on public transport, a ruling the Biden administration may appeal. Today, Uber also dropped its mask requirement, but said riders can cancel trips if they feel uncomfortable.

The outlook for the global economy dims. The World Bank yesterday said the global economy would grow 3.2 percent this year, down from a previous forecast of 4.1 percent. (The I.M.F. will update its forecasts later this morning.) Meanwhile, China announced a series of measures to boost economic growth, after data showed a significant drop in consumer spending amid pandemic lockdowns.

A biotech firm’s stock plunges amid doubts about its Alzheimer’s drug. Nine health experts told The Times they questioned the scientific underpinnings of Cassava Sciences’ trials for simufilam, a treatment the company claimed had improved cognition in Alzheimer’s patients. Studies of the drug by two scientists, one of whom is employed by Cassava, were flagged by journals as potentially problematic.

Tesla claims to be caught in an agency turf war

The electric vehicle maker Tesla yesterday challenged an investigation into alleged racial discrimination at its factory in California. It argued that the state’s Department of Fair Employment and Housing is “exceeding its boundaries” to advance a turf war with federal authorities. Tesla’s lawyers asked a California court to stay the state’s case against the company.

Tesla’s action comes at a trying time for California’s anti-discrimination agency. The D.F.E.H. is reeling from the recent departure of two top lawyers amid disagreements over its gender discrimination case against the video game company Activision Blizzard, which is expected to merge with Microsoft in a $70 billion deal. The agency’s chief counsel, Janette Wipper, was terminated late last month — unjustly, she argues — and the assistant chief counsel, Melanie Proctor, resigned last week, accusing Gov. Gavin Newsom of California of trying to interfere with the case on behalf of the company. The termination came shortly after Activision Blizzard settled a case with the federal Equal Employment Opportunity Commission, a deal that D.F.E.H. unsuccessfully tried to stay as its own claims were pending.

The state’s authorities have been sparring with their federal counterparts, and Tesla said it is caught in the crossfire. The company’s lawyers argue that D.F.E.H. is skipping procedural steps and rushing to file lawsuits against companies to grab power from the E.E.O.C. They accused the state agency of “abruptly” advancing its investigation in January “shortly after the federal court in the Activision Blizzard matter issued its order rebuking D.F.E.H. and denying its motion to intervene.” Tesla’s lawyers also said that the California agency demanded that the company “agree to a gag order” and tried to stop it from negotiating a settlement with the E.E.O.C. or others.

Will the Activision Blizzard mess taint the California agency’s credibility in its case against Tesla? Kevin Kish, the director of the D.F.E.H., declined to comment on internal personnel matters, writing in a statement to DealBook: “In recent years, under this administration and my leadership, D.F.E.H. has litigated groundbreaking cases that are a model of effective government enforcement of civil rights. We continue to do so with the full support of the administration.”

“‘This time is different’ used to be a morbid joke among investors; now people believe it.”

— The Times’s Erin Griffith and Taylor Johnson, in a whizzy interactive feature that tracks venture-capital funding over the past decade. Almost every time that investors in start-up land have warned that the bubble is about to burst, more money has flooded in.

Antitrust regulators began the year by announcing plans to rewrite merger guidelines — and now businesses are pushing back.

DealBook got a first look at a letter to the F.T.C. and Justice Department being filed today by more than a dozen trade associations, including the Business Roundtable, National Association of Manufacturers and U.S. Chamber of Commerce. In response to the government’s request for comment on a potential rethink of merger enforcement, the trade groups argue that a sweeping rewrite would be “misguided.”

“Mergers are a vital part of our economy,” said Sean Heather of the Chamber’s antitrust division. “The government should not inject uncertainty into merger reviews or make mergers unduly difficult. Doing so would harm consumers and American competitiveness.” Nearly 4,500 other commenters have weighed in so far, and many take the opposite view, in part because progressive activists have been rallying the public in favor of tougher antitrust enforcement.

“Abandon an unconstrained approach to merger law,” the trade groups wrote. They said that the agencies’ plans are based on false assumptions about overconcentration. The trade groups cite a 2020 report from the White House’s Council of Economic Advisers rejecting research that found business to be too consolidated. But that was a different administration with a very different take on the data.

High-profile backers are starting a new incubator to support start-ups focused on women in sports, DealBook is first to report. The Trailblazer Venture studio, by the marketing agency R/GA, the venture capital firm Elysian Park, the Los Angeles Dodgers and Billie Jean King Enterprises, comes as female athletes and women’s leagues are seeing an influx of investment, although this still pales in comparison with men’s sports. “There is starting to become that tipping point that I’ve been praying for forever,” Billie Jean King told DealBook.

King has been fighting for equality — and funds — for a long time. “The one thing I learned at a very young age,” the tennis star and social activist said, is “if I want any of these things to happen, it’s going to take money.” She saw firsthand the lack of resources and attention that women got compared with men in sports. “The reason people get very excited about men’s sports is that they’re constantly seeing them, they’re constantly hearing about them, they know their stories,” King said. “The only way you really are powerful is when people know who you are.”

How the new venture works: Trailblazer is a three-month program with six to eight start-ups. Investments can range from $200,000 to $2 million. Elysium will be the main investor, R/GA will offer its branding expertise and King’s company will offer its relationships. “Everybody needs help and access to things that can really scale and make a difference,” said Ilana Kloss, the C.E.O. of Billie Jean King Enterprises. It’s not enough to say, “if you’re good enough, you’re going to make it,” she said.

Start-ups in the program range in focus from health to nutrition to fandom. “It’s not necessarily ‘By women, for women,’” said Fielding Jamieson of R/GA, who will run the Trailblazer Venture studio. “It’s more, ‘Let me just build a product that is equal across both male and female.’”

Best of the rest

We’d like your feedback! Please email thoughts and suggestions to dealbook@nytimes.com.