The GPD Pocket 3 mini-laptops gets a 3rd-party 4G LTE module (Making the most of modularity:) 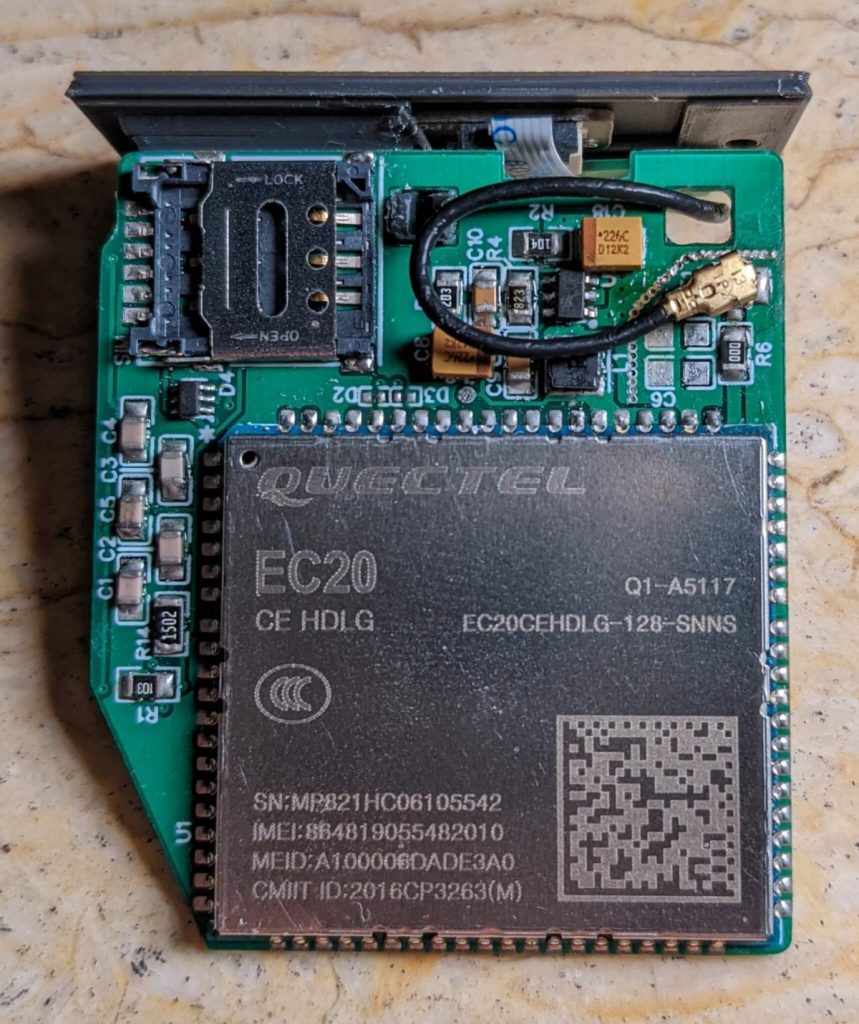 The GPD Pocket 3 is a mini-laptop with a QWERTY keyboard that’s just barely big enough for touch typing, an 8 inch touchscreen display, and a swivel hinge that lets you use the little computer as a notebook or tablet.

It’s also a modular computer: in addition to full-sized USB, HDMI, and Ethernet ports, the little computer has a modular port area that you can use to swap out a USB-A port for something else. GPD offers a few official modules, with more on the way. But third-party modules are also a thing, and one of the latest is a GPD Pocket 3 4G LTE module that brings cellular connectivity to GPD’s handheld computer. 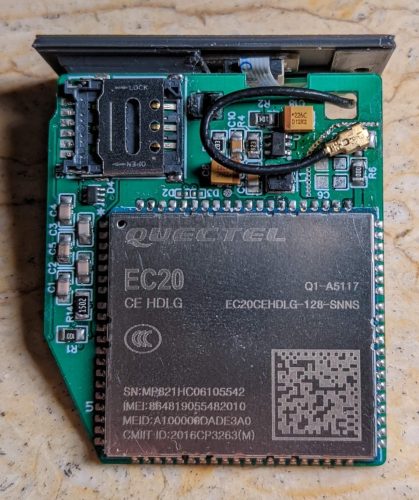 The 4G module features a Quectel EC20-CN 4G chip (which, incidentally, is similar to the one used in Pine64’s PinePhone) and a nano SIM card reader. It’s a 4G LTE Cat 4 module with support for download speeds up to 150 Mbps and uploads speeds up to 50 Mbps.

Like other modules for the Pocket 3, connecting the 4G LTE module is as simple as unscrewing whatever model is already connected, popping it out, and replacing it with the new module. It communicates with the computer over a USB 2.0 connection, but since it’s designed as a modular that fits inside the computer’s case, it won’t jut out like a USB wireless dongle. 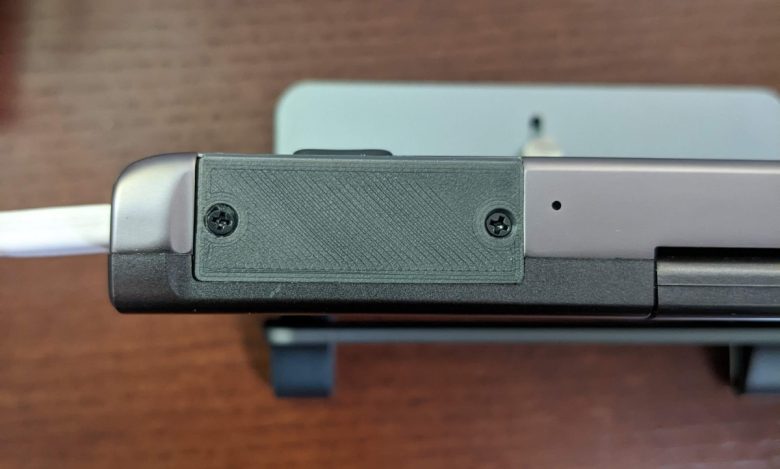 The developer doesn’t appear to be selling the Pocket 3 4G LTE module, but everything you need to make your own is hosted in a GitHub repository, including design files for the printed circuit board, 3D printed case, and Windows drivers for the EC20-CN modem.

The new 4G module comes from the same person or persons who designed the P3 Clicker module we looked at in March. That module is an open source set of programmable buttons that can be added to the back of the case, giving you three buttons that can be used for power, volume, or other functions while using the Pocket 3 in tablet mode.

P3 Clicker is a DIY, open source set of buttons for the GPD Pocket 3 mini laptop that uses the modular port section to add 3 buttons (and an ATtiny85 microcontroller), letting you access power and volume buttons in tablet mode. Still under development. https://t.co/wOts1dJRWb

As for first-party modules, GPD currently ships the Pocket 3 with a USB Type-A module and offers optional RS-232 and KVM input modules. The KVM module is one of the most unusual, as it features an HDMI input and USB port, allowing you to plug the Pocket 3 into a server or another computer and use the handheld computer as a dumb terminal for controlling external hardware using the Pocket 3’s display, keyboard, touchpad, and touchscreen. 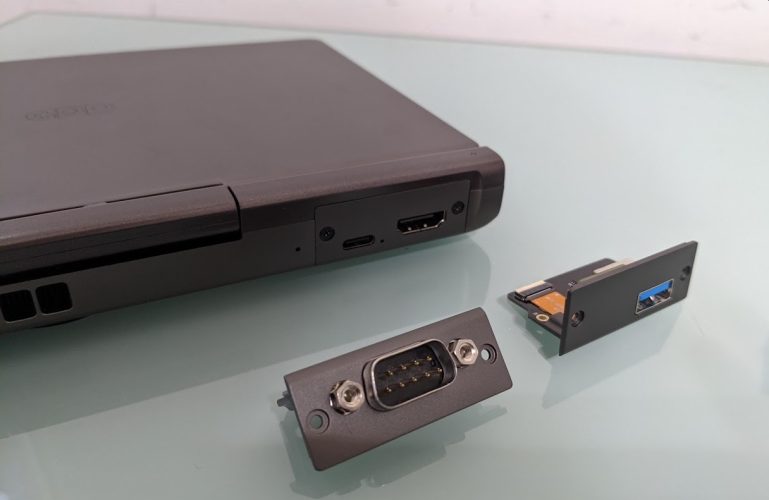 Liliputing’s primary sources of revenue are advertising and affiliate links (if you click the “Shop” button at the top of the page and buy something on Amazon, for example, we’ll get a small commission).

But there are several ways you can support the site directly even if you’re using an ad blocker* and hate online shopping.

Contribute to our Patreon campaign

* If you are using an ad blocker like uBlock Origin and seeing a pop-up message at the bottom of the screen, we have a guide that may help you disable it.