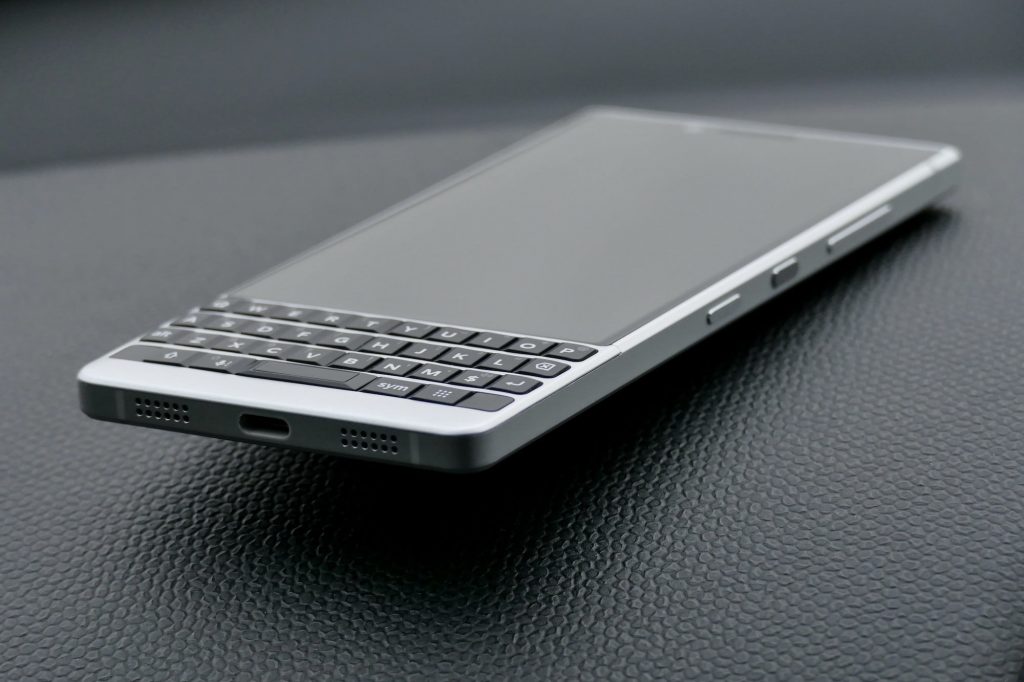 When BlackBerry shut down crucial services for its old operating system at the beginning of the year, I had a sudden nostalgic urge to take out the Android-based BlackBerry Key2 and see how it performs in 2022. After all, there isn’t much like it these days, and perhaps for all those coming from a now-dead BlackBerry Curve or a Q10 may be considering a jump over to one?

What I discovered is that although the phone may not have been affected by the Blackberry services shutdown, it’s hobbled by something far more insidious: A complete lack of Android updates.

The first hour or so with it reminded me what an utter delight the BlackBerry Key2 is, as a phone. It’s almost nothing like any other mainstream phone you can buy today due to the physical keyboard under the screen, which remains a marvel to use. However, it really needs a lot of getting used to. I spent time training myself to type at a sensible speed when the Key2 was released, but my finger muscles have forgotten all that, so I stiffly tapped out words at a snail’s pace for a start.

Once I’d spent a little time practicing I did get a bit quicker, and also remembered the sweet swipe gestures to instantly flick words from the suggested list onto the screen, plus other shortcuts to make life easier. I was also glad of the PopSocket I’d left on the back of the phone to make holding it more natural when typing. Using the Key2 is a tactile, pleasurable, and very personal experience.

Thought went into the keyboard’s size, shape, and design — it slopes downwards, and the keys have the right amount of travel and click — and the overall build quality of the device is similarly excellent. The metal chassis is light but sturdy, and the grippy rear panel looks true old-school “business phone” with its metal BlackBerry logo and simple camera module. It’s recognizable and different, and still quite desirable.

It’s not all amazing, of course. The screen is completely inadequate for watching movies or playing games, and while the camera takes decent photos it’s completely lacking the special features and additional modes found on all current smartphones, regardless of price. All this means I must have enjoyed my time revisiting the BlackBerry Key2, right? Unfortunately, no,

The BlackBerry Key2 was released in mid-2018 and it was sent out with Google’s Android 8.1 Oreo software installed. Today, three-and-a-half years after you would have paid $650 (the Apple iPhone 8 was $699, for comparison) for it, the phone is still running Android 8.1 Oreo. You read that correctly. The BlackBerry Key2 has not received a single major Android software update since it was released.

Using it is like time traveling back into the past, but not in a fun Back to the Future way. Android looks blocky and dull compared to the Material You design of Android 12, swipe gestures for navigation are unheard of, Dark Mode doesn’t exist, and your Digital Wellbeing doesn’t matter. Google Discover doesn’t occupy the space to the left of the Home screen, and you have to actively go looking for Google Assistant. It’s all old.

Most of the apps and services I use regularly work though, from Netflix to Twitter and Outlook to Autotrader, so it’s not like the Key2 is unusable. However, I had zero intention of installing and signing into several of them or installing apps like mobile banking due to the Key2 not receiving any security updates since May 2020.

To recap, the $650 Key2 is only three-and-a-half years old but still runs software originally released four-and-a-half years ago and hasn’t had a sniff of an automatic security update for coming up to two years. The treatment of this otherwise perfectly usable phone, with its desirable and well-built hardware, borders on the criminal. If you’d have spent that extra $50 in 2018 and bought an Apple iPhone 8, it still receives software updates today, while Android 11 was the last update to the similarly aged Google Pixel 2.

Is there an excuse for TCL’s disregard for people who bought a Key2? Some may argue that TCL Communication’s loss of the license to build BlackBerry phones may have impacted work on the software. TCL’s BlackBerry license expired at the beginning of 2020, with the BlackBerry Key2 LE being its final phone, which came six months after the Key2. It had 18 months to sort an update out for the Key2, and that’s plenty of time. It’s not like it was occupied building any totally new phones.

It takes time, effort, and money for companies to update software on smartphones, and back in 2018, regular updates were not as common as they are today. However, the irony of all this is Android 8.1 Oreo introduced Google’s Project Treble, a system made to help phone makers update Android more easily. The BlackBerry Key2 is the poster child for why we bang on about software updates and why it’s against your own interest to purchase a phone that has limited support from the manufacturer.

The Key2 is not an old smartphone, yet the Android software that is installed ages it terribly and potentially leaves it open to attack due to security flaws not being fixed. It’s unacceptable for any phone, let alone one that was expensive when released, to be immediately abandoned like this. What’s the solution? Unfortunately, there isn’t a solution to this problem for the BlackBerry Key2. It’s stuck on Android 8.1 Oreo, and there’s nothing you can do about it. It’s a complete waste of a good phone.

Nostalgia only goes so far. I lasted just one evening using the BlackBerry Key2 as my primary Android phone after nostalgia convinced me to give it a try again. I’m fortunate enough to have another Android phone, but I feel for those who purchased the Key2 and are still using it today. The Key2 is the perfect example of why we should pay close attention to software update promises from manufacturers before buying a new smartphone — and be very wary of accepting anything other than several years of guaranteed support.