The 3G Shutdown Is Coming—Here’s How That Affects You 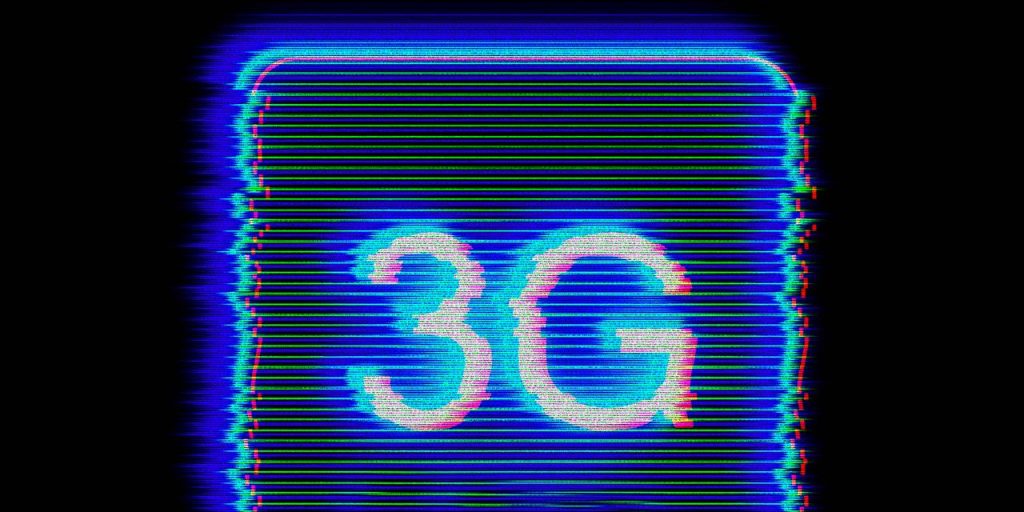 B3G (Before 3G): During this time, cellphones were primarily used for talking and texting. Sure, you could load a website but you could also snowshoe from New York to Alaska in the same amount of time.

CBE (Cellular Broadband Era): Once the heavens opened and the cell towers ushered in 3G, we got it all: speedy mobile web browsing, apps that let you summon a car (or burrito) to your door and an endless stream of selfies. And it only got faster as time went on.

Starting next month, the third-generation wireless networks that served as a rocket booster for the smartphone will be turned off forever.

All three major U.S. cellular carriers will shut down their older 3G networks this year to free up more wireless spectrum for 5G. AT&T will be first, on Feb. 22. By July, T-Mobile’s could be gone. Finally, Verizon, before the clock strikes 2023. The carriers’ 4G networks will remain.

How will this impact you? It likely won’t. Only 1% of AT&T consumers have devices that depend on 3G, according to a company spokesman. Think about it this way: Apple hasn’t released a 3G-driven phone since the iPhone 4S, a decade ago.

If you’re part of that small group, however, your old phone will be cut off. No more phone calls. No more texts. Nada.

Your cellular carrier might have contacted you with upgrade offers. As you’ll see in my video, to relive the 3G glory years, I got an iPhone 4 working on Cricket Wireless, powered by AT&T’s network. When I spoke with customer service about why my service kept getting cut off, the representative explained the coming 3G shutdown and offered me a new Android phone for $10. If you don’t hear from your carrier and you think you might have a 3G phone, call or stop by a store.

You might also hear from your alarm-system provider. Many alarm and emergency-call systems have relied on 3G to communicate with central service stations. They’ll likely upgrade your equipment. Be aware that other 3G products might face difficulties, too, including older cellular Amazon Kindles (there are trade-in offers to defray some of the cost) and connected devices such as smart dog collars. Some devices, including those old phones, could still run on Wi-Fi for limited purposes.

Even if you aren’t directly impacted by the 3G shutdown, allow me to remind you that 3G already impacted your life. Big time.

“If we didn’t have 3G, we wouldn’t have had the smartphone revolution,” Tony Fadell, a former Apple senior vice president and co-inventor of the iPhone, told me.

As 3G heads to the grave, let’s all take a moment to remember all it gave us:

The first iPhone worked on 2G, and using that early phone to surf sites on Safari felt about as fast as a midday DMV line. On 3G, it was more like being in a McDonald’s drive-through. Apple and AT&T—the exclusive U.S. cellular carrier for the iPhone for the first four years—marketed the iPhone 3G as twice as fast as the original iPhone. In his 2008 Wall Street Journal iPhone 3G review, my predecessor Walt Mossberg found it to be up to five times faster.

Mr. Fadell recalls the first time he saw the iPhone 3G working in Apple’s labs. “Websites and email attachments were loading instantly and we were like ‘Oh, my God.’ You could click around without any kind of friction.” He added, “It felt like Wi-Fi. We knew something was going to change.”

And the web itself changed too. As more people started using their mobile browsers, developers began to optimize for the smaller screens, making mobile sites that were easier to get information and navigate with a finger—not a mouse or a stylus. When’s the last time you waited on a website to load on your smartphone? Thank 3G!

Our 3G phones weren’t just faster, they were better at determining our location, by using a combination of Wi-Fi, GPS and cellular. Bye-bye, Garmins and TomToms suctioned to our windshields.

We not only got better navigation and map features, we also got Uber.

Around 2011, Ralph de la Vega, then chief executive of AT&T Mobility, met with Travis Kalanick, who had recently co-founded the fledgling ride-share startup. The two struck a deal to put 3G-enabled iPhones in Uber cars.

“Using the GPS capability and the software with our network, they could basically pinpoint where their cars were at any point in time,” Mr. de la Vega told me when I called him last week on an iPhone 3G, with service from H2O Wireless on the AT&T network. “That was an aha! moment when you saw how well it worked and how all these things came together.”

Back in 2008, during the iPhone 3G unveiling, Steve Jobs demonstrated the phone’s new high-speed cellular connection and the new App Store. Coincidence or fate?

“Everyone was screaming at us that we need 3G for the stuff that was on the iPhone. Then we also had developers saying we need an app store. Then they just magically came together at the same time,” Mr. Fadell told me.

At first, simple flashlight apps were all the rage. But by the end of 2010, we started to see the current social-media app staples—Instagram, Twitter and Facebook—with their photo-heavy feeds. Instagram, specifically, was all about quickly uploading mobile photos for your friends to see.

Ultimately, these apps demanded more than 3G could deliver. “4G brought even faster data speeds and more capacity to handle more of the bigger uploads and downloads,” said Matt Knebl, the senior product director at Ookla, an internet testing and analysis company. “Video turned out to be the killer 4G app.”

Netflix and YouTube functioned on 3G but they flourished with a 4G connection. Smartphone screens got bigger, the cameras on them got better, then watching and uploading on them became second nature.

So thank you, 3G, for paving the road for our new go-anywhere pocket computers and their infinite apps. Thank you, 4G, for making it all faster and pushing screens to be the size of football fields. Thank you, 5G, for…something?

What will the 3G shutdown mean for you? Join the conversation below.

All the folks I spoke to for this article agreed that 5G—faster than 4G with much lower latency—will spark another wave of innovation. Nevertheless, it might not change our smartphones much.

Will it be the network that powers mixed-reality headsets and self-driving cars? Will it make all our tech play better together? Possibly. And quite possibly I’ll write a death-of-5G column in 15 or so years, paying tribute to all the changes it has brought to this world. But for now, it’s R.I.P. 3G.

—For more WSJ Technology analysis, reviews, advice and headlines, sign up for our weekly newsletter.

Write to Joanna Stern at joanna.stern@wsj.com