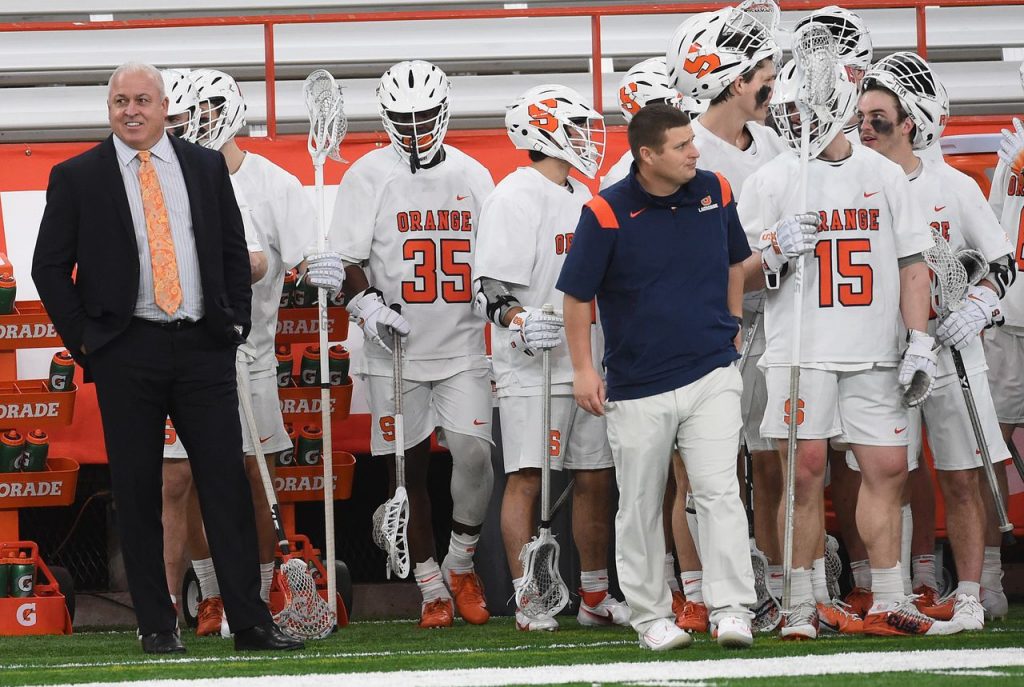 Syracuse basketball faces a ranked opponent with sights set on course-correcting a losing season when they host No. 6 Cornell at the Carrier Dome on Monday, April 11 (4/11/2022).

The game will be broadcast on ACCN at 7 p.m. ET. It can be streamed live on fuboTV, Sling and other live TV streaming services.

The Orange have just four games left to recover from a disappointing 4-6, 1-2 position in the season, and each one of them is ranked, starting with Cornell. If Syracuse can’t deal with a number of issues plaguing the team, including injuries, it could be staring at a 4-10 record to finish the season.

The Orange are back on the field after a short turnaround following their 14-12 loss to UAlbany on Thursday, but it’s an even quicker turnaround for Cornell, who played Harvard on Saturday.

The game is scheduled for 7 p.m. ET. Here are the local channel numbers for ACCN in Central New York:

For radio listeners, the game will air locally on TK99/105.

Mobile sports betting is now legal in New York, which means you can now bet on college sports from your phone. We’ve compiled some of the best introductory offers to help navigate your first bets from BetMGM, FanDuel, DraftKings, PointsBet, Caesars Sportsbook and BetRivers.

Note: Wagers on in-state college teams, such as Syracuse University, are still prohibited for both home and road games even if played in another state.

FuboTV is an over-the-top internet live TV streaming service that offers more than 100 channels, like NFL Network, NBA TV, PAC 12 Networks and news, entertainment and local channels. It offers DVR storage space, and is designed for people who want to cut the cord, but don’t want to miss out on their favorite live TV and sports.

It also has its own fubo Sports Network, featuring original programming and exclusive live sports events.

How much does fuboTV cost?

The family package is $64.99 per month, and includes 120 channels, 250 hours of DVR space and can be used on three screens at once.

The fubo Elite package ($79.99 per month) offers more than 170 channels including Showtime.

Axe: If Syracuse women’s lacrosse wants a championship, first it has to prove it can beat a No. 1

Syracuse lacrosse, barrelling toward a rare losing season, is left drenched in misery after rainy loss at Albany

In a steady rain, Syracuse lacrosse falls to Albany, 14-12