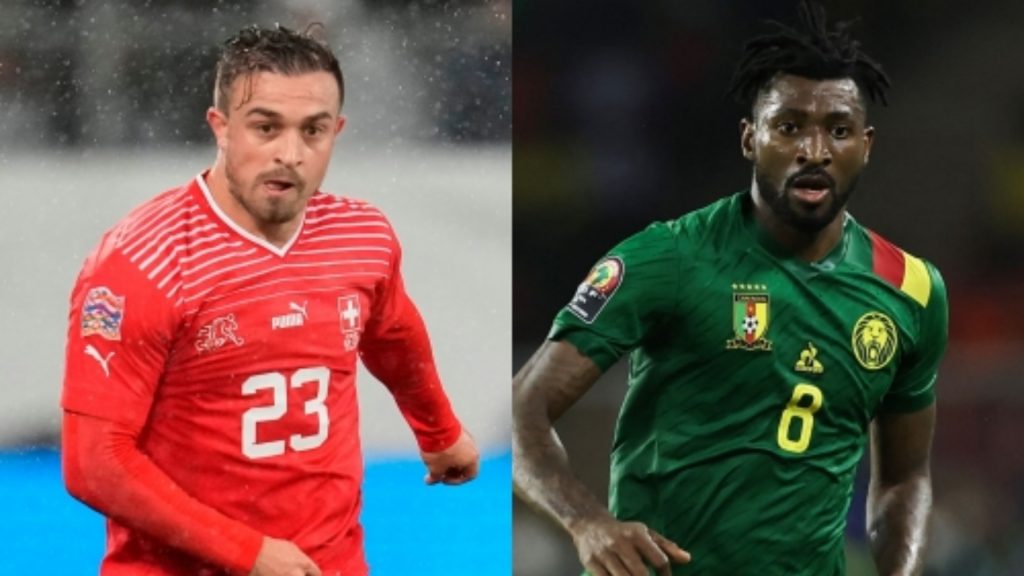 How to watch and stream Switzerland vs Cameroon on TV and online in the United States, United Kingdom & India.

Switzerland will begin their 2022 World Cup campaign by going up against Cameroon on Tuesday at the Al Janoub Stadium.

The Swiss reached the quarter-finals at Euro 2020 and would like to better that feat on the world stage. They remained unbeaten in qualifying and picked up 18 points from a possible 24 to emerge as group winners. They also had an impressive run in the Nations League and managed to win three consecutive games, beating Portugal, Spain, and the Czech Republic.

Meanwhile, Cameroon have struggled in the past few months and have won just once in their last five outings. They did manage to qualify for the World Cup for the eighth time in their history, but find themselves in a tough group that will also see them come up against Brazil and Serbia.

GOAL brings you details on how to watch the game on TV in the U.S., UK and India as well as how to stream live online.

This page contains affiliate links. When you subscribe through the links provided, we may earn a commission.

How to watch Switzerland vs Cameroon on TV & live stream online

In the United States (U.S.), the game can be watched live and on-demand with fuboTV (start with a free trial). New users can sign up for a free seven-day trial of the live sports streaming service, which can be accessed via iOS, Android, Chromecast, Amazon Fire TV, Roku and Apple TV as well as on a web browser.

Viewers in the U.S. can also watch the game on FS1 (English) and Telemundo (Spanish).

ITV 1 UK and STV Scotland are showing the World Cup tie in the United Kingdom (UK), with streaming via ITV Hub or the STV Player.

In India, the Sports18 network has the rights to show World Cup games on TV, with streaming services on Jio Cinema.

Switzerland have no injury concerns ahead of the game. Yan Sommer has recovered from the ankle injury that he sustained in October and all the big guns are ready to start, including Manuel Akanji, Xherdan Shaqiri, and Fabian Schar.

Cameroon also have a fully fit squad to choose from. They boast of having some popular names in European football such as Inter keeper Andre Onana, Napoli’s Andre-Frank Zambo Anguissa, and Bayern Munich’s Eric Maxim Choupo-Moting.