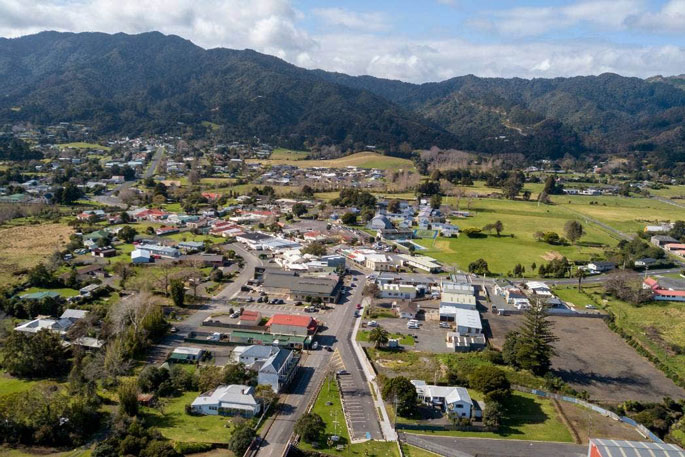 A group is protesting against the installation of a 4G Vodafone mobile tower set to be installed in Coromandel town, but the company says the infrastructure is badly needed in the district.

Protesters were at the proposed site of the new tower on the corner between Edward street and Rings road, preventing construction from beginning.

It is unclear whether the group is against the site being used for a cell tower or against any cell infrastructure.

Thames-Coromandel District mayor Len Salt says the group has a right to protest, but the community also has needs.

“They have a right for their voices to be heard in context with the needs of the wider community, and I respect that right.

“Vodafone is installing the cell site in order to significantly improve coverage in Coromandel Town and to provide additional capacity to meet the growing demand for mobile data.”

Data is in increased demand due to greater use of technology as well as wireless broadband for streaming services.

It is understood the protest group are going by the name ‘A group of men and women in their natural state’.

When a member of the group was approached for comment, they declined.

The new tower will support emergency services to respond to Civil Defence emergency events, people’s mobile phone use and for business and educational resources to work remotely, council says.

Protest action against the instalment of cell towers is not new for residents in the township.

In 2019, telecommunications company Spark NZ halted construction on a 20m cell tower on Tiki Road in Coromandel after opposition from locals.

Coromandel residents met with representatives from Spark and handed them a petition of some 1200 signatures against the proposed cell tower that sat next to a heritage precinct.

The meeting followed a 24-hour roster of community advocates standing guard at the location.

In a statement, a spokesperson for Vodafone says the company is disappointed that the group is stopping contractors from starting construction.

“We have talked to a group representative who is occupying the land, but he was not prepared to discuss what a resolution looks like,” a Vodafone spokesperson says.

“We understand that some people would prefer we put cell sites out of sight and far away from them, but this is just not possible. The infrastructure needs to be closer to the user to meet the capacity and coverage demands.”

The site has been identified as the best location for the tower.

Coromandel-Colville Ward councillor John Morrissey, who has been out of town for the past week, says he has heard about the protest.

“That site was selected after a lot of research by Vodafone as being one of two possible sites in Coromandel town…the first site was disregarded because it was prone to flood which only left the one other site suitable for the purpose.”

Police say they have been monitoring the site and there has been no issues or arrests.

“Police are aware of Protests in Coromandel, and have staff in the area observing… the focus remains to be balancing the safety of all protesters, the public, and the business involved, while acknowledging the right to protest peacefully and lawfully.”

Salt says they are working with Vodafone and police to reach an amicable resolution with the protestors.