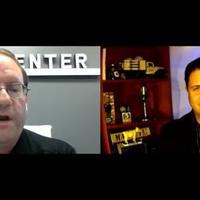 (Shenandoah) – If you survive the broadcasting business long enough, two things usually happen: either you’re immortalized or you’re thrown out into the street.

Fortunately, the latter hasn’t happened to me yet. But, after nearly 35 years in radio, this reporter recently received another major honor. Last year, the Archives of Iowa Broadcasting revived its oral history project, in which the life stories of legendary radio and television personalities are preserved for posterity. It’s the resumption of an effort which began in 1994, when the late Grant Price, longtime news anchor for KWWL-TV in Waterloo, conducted his first interviews during his tenure as an instructor at Wartburg College. Dr. Jeff Stein assisted Price with the interviews during his time at Wartburg. Following Price’s death, veteran Iowa Public Television host Dean Borg continued the project until his passing.

Now, after years of dormancy, other Iowa broadcasting luminaries have taken the baton. Cliff Brockman spent 32 years in radio and TV station across the state. He then taught journalism at Wartburg for more than 15 years until his retirement in May, 2018. Brockman, famed Iowa PBS host Paul Yeager and archivist Kay Grigsby have resumed the painstaking effort of preserving broadcasting history, with the words of men and women who lived it.

Over the past few months, the AIB posted some of its latest interviews on its Youtube page. One particular interview appeared on the page on Friday: one Yeager conducted back in February of last year with yours truly.

Yeager’s interview covered the full gamut of my career, starting with my first taste of journalism as a reporter with the Rustler, Fremont High’s student newspaper, plus my experiences at Cal State L.A., then my radio stints at KILR in Estherville, KSIB in Creston, and – for the last 22 years – KMA in Shenandoah.

I won’t go into further details about the interview. Hopefully, faithful KMA listeners and readers of this blog – all four of you — will check it out on the AIB Youtube page. You can also hear the stories of other legends. Other recent oral history subjects include John Bachman, Bonnie Lucas, Roger Riley and Dave Vickers. Their interviews join those of previous subjects, including not only Price, but also the late Jack Shelley – for whom the Iowa Broadcast News Association’s Jack Shelley Award is named after – plus Brockman, Kevin Cooney, Ron Steele, Dick Petrik and others too numerous to mention.

From my standpoint, inclusion with the archives’ other interviewees is humbling. Personally, it ranks with receiving the IBNA’s Shelley Award in 2011 as a great honor in my career. It’s also special for not only my family members – especially my wife and daughters, who have accompanied me on this journey over the past three-and-a-half decades – but also for my friends and co-workers.

Moreover, it gives me a sense of accomplishment and, again, immortality. The people interviewed for the oral histories spent toiled for hours each day and made considerable sacrifices. And, they’ve endured the constant public scrutiny and criticism that goes with broadcast journalism careers.

That’s why I’m happy about being interviewed: no matter how good or bad of a day I have, and regardless of what my future holds in this business, the Youtube interview and the Jack Shelley Award are there forever. And, I’m looking forward to hearing the stories of the archives’ other interviewees. Hopefully, some other KMA legends past and present will receive that same honor.

One other note: the Archives of Iowa Broadcasting also collects recordings and other materials related to the state’s radio and TV history. More information is available on the archives’ website.

Mike Peterson is senior news anchor/reporter with KMA News. The opinions expressed in this blog are not necessarily those of this station, its management or ownership.