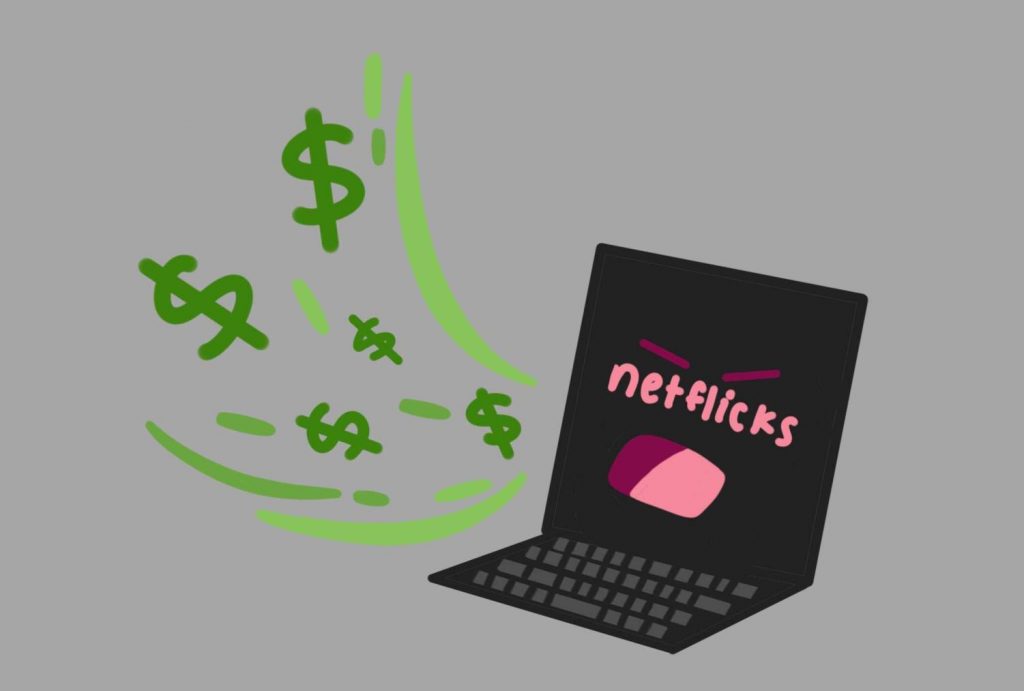 The craze around exclusive original shows such as Euphoria and Outer Banks on streaming platforms like Netflix, Hulu and HBO Max has shaped popular culture in recent years. But this content is guarded by a monthly monetary subscription that viewers must pay in order to continue streaming.

Netflix raised its standard and premium subscription prices to $15.49 and $19.99 from $13.99 and $17.99 respectively in February 2022, making the platform’s content less accessible to those who cannot afford to maintain a subscription. Netflix announced in March 2022 that they would begin to charge users an additional fee if they share their password with someone outside of their household.

Experts say the exclusivity that expensive streaming services create ensures that people of lower socioeconomic status won’t be able to participate in the discourse surrounding the original content produced for these platforms.

“There’s going to be a tiered system where younger people or people who are lower socioeconomic status will consume content through things like YouTube,” said Laurel Ahnert, a visiting assistant professor in Northeastern’s media and screen studies department. “In this very concentrated, oligopolistic model of media conglomerates that we have today, the power difference between consumers and creators of media is really vast.”

Kelsey Zhen, a second-year communications and media screen studies combined major, said she uses YouTube to watch shorter videos about actors and the shows she watches through other streaming services.

“The people that aren’t seeing it aren’t being represented as much,” said Tim Ouillette, an assistant teaching professor of communication studies at Northeastern. “Even though they’re doing a much better job than our predecessors of being inclusive of different groups of people, there’s a lot of work that needs to be done.”

Ouillette describes a streaming service as a platform for asynchronous, on-demand, ad-free content. As streaming services gain influence in the entertainment industry, the audience adapts their preferred method of consuming media at the expense of accessibility, Ahnert said.

The content within these streaming platforms cannot be found elsewhere, and it can often match or exceed the quality of film and television content from traditional producers. Many viewers end up subscribed to multiple services as major networks continue to launch their own platforms, increasing their net monthly subscription payments. The monopolistic competition among streaming platforms causes a battle for consumer retention and constant gauging of consumer preferences, according to an article by the Berkeley Economic Review.

“It’s kind of normal to have access to all of them because people talk about different shows on different platforms,” Zhen said.

Zhen predicted that a majority of Northeastern students have at least one subscription to a streaming service and was surprised when two of her classmates told her they had recently canceled their Netflix subscriptions because the prices were too high.

“It was just surprising for me because there’s so much conversation around new shows that come out [on Netflix] like ‘Squid Game’ or ‘Bridgerton,’” Zhen said.

The fight for streaming services to keep revenue up unfortunately comes at the cost of accessibility. A fight for lower subscription prices may be unrewarding for consumers, but recognition of the social impacts that streaming services create may lead viewers to reconsider where they consume media

Many who are subscribed to these services already wonder why they continue to be charged more for their standard subscription plans. Although there are no concrete answers, it is possible that services like Netflix are losing subscribers, Anhert said. “[Netflix] had three really bad quarters in a row last year where they didn’t meet their expectations,” Anhert said. “They need a way to keep those revenues up.”