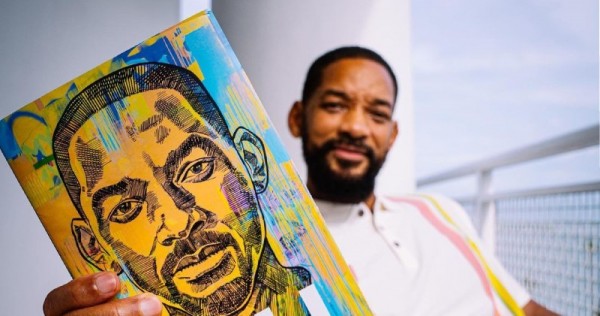 Will Smith is the subject of a fierce bidding war to turn his life into a movie.

The 53-year-old actor released his memoir ‘WILL’ last year, and now it’s been reported he could be set to make millions from a biopic, with major streaming services said to be “clamouring” to acquire the rights.

A source told The Sun newspaper’s Bizarre column: “Some feared that Will’s brutal honesty in his book could harm his reputation.

“But it’s done the opposite and helped him connect with his audience like never before.

“When he signed his book deal he did so with an accompanying biopic in mind.

“Now all the streaming services are clamouring to pick up the rights.”

The bidding war means he can command a huge amount of money so he’s weighing up his options to work out which one will handle his life story with the most care.

“The book was really successful because it told his inspirational, but at times really challenging, story.

“Given it will be so personal, it’s a sensitive thing for Will. He wants to make sure it’s done the right way and isn’t something that gets rushed out, regardless of the money.”

The ‘Fresh Prince of Bel-Air’ star previously revealed it was his father’s death that led him to pen the tell-all tome.

The ‘King Richard’ actor felt “handcuffed” by the presence of his father, Willard Carroll Smith Sr. – who passed away in 2016 – and didn’t feel like he could share his “full truth” of his life story until his relative wasn’t around anymore.

He said: “My father died in 2016. There were things in my childhood that I never would have shared while he was alive. I felt handcuffed in a way that I couldn’t share my full truth. He was one of the greatest men I’d ever known…but there were flaws.

“My father would have never been able to bear the conversation.”

Will finally felt he had “suffered enough” to write his new tome ‘WILL’ and hopes it will be “helpful” to fans and readers.

The ‘Aladdin’ star – who has son Trey, 29, from a previous relationship and Jaden, 23, and Willow, 21, with wife Jada Pinkett Smith – admitted writing the book had been a “cathartic” experience, even though it was hard to look back.

He said: “It’s so cathartic to get it out. It can be physically debilitating to not say your truth out loud… the practice of being even able to say it out loud is freeing.

“That self-exploration, to be honest with yourself and to move out into your life, your relationships…with that honesty, is excruciating. But I would recommend it.”

In the book, the ‘Men in Black’ actor admitted he considered killing his dad to avenge the abuse his mother, Caroline Bright, had suffered at her former husband’s hands.

Although Will had retained a good relationship with his dad after his parents separated when he was a teenager, he admitted his anger from the childhood violence resurfaced years later while he was caring for his cancer-stricken parent.