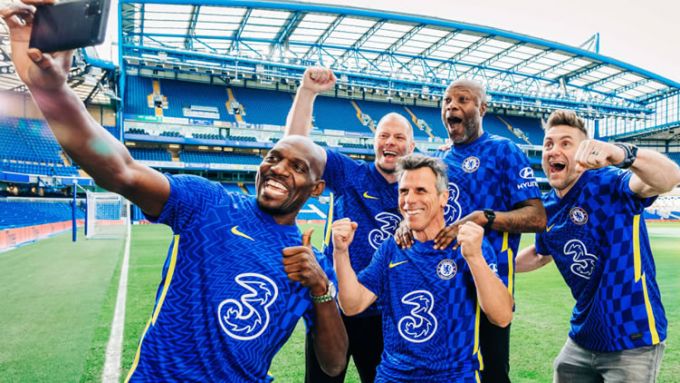 If you’re a Chelsea fan and also on Three then there’s good news – the network has brought 5G to the entirety of Stamford Bridge, which makes it the first UK Premier League stadium to have this speedy connectivity in every area.

The upgrade will be beneficial in a number of ways, included the obvious speed boost it will provide, with Three promising 5G download speeds of up to 250Mbps currently.

But arguably the most beneficial aspect of this will be the improved bandwidth and latency on offer, which should mean that you won’t suffer from slowdowns or a lack of connectivity when tens of thousands of people are all trying to get online at once in a small area.

That’s a problem football stadiums, festivals and other packed places sometimes have with 4G, but with 5G, there should be enough bandwidth for everyone, so you can stream highlights, video call your friends, or just kill time on your phone during half-time.

Three also plans to bring 5G to both Kingsmeadow (where the Chelsea FC Women’s first team play), and to Chelsea’s Cobham training centre.

And it’s not just the grounds themselves that benefit, with the Stamford Bridge upgrade also including microsites around the perimeter of the stadium which should improve coverage for those living in the surrounding area.

Users of 4G haven’t been neglected either, as along with this 5G upgrade, Three has also improved its 4G capacity in the stadium, so if you don’t have a 5G phone you should still benefit from improved speeds and reliability on match days.

These sorts of upgrades are great to see, with this being a prime example of the potential of 5G to solve 4G’s network issues. So hopefully many more Premier League stadiums will have complete 5G coverage soon.