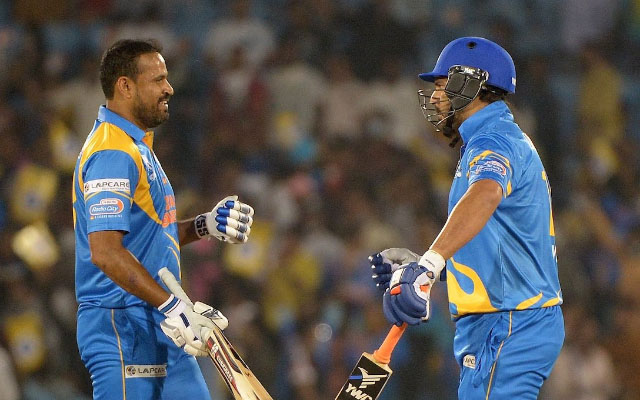 Shoaib Akhtar and Harbhajan Singh will battle it out again in the field.

The tournament will go on for a period of nine days starting from January 20th and the squads were recently named for the upcoming edition. The God of cricket, Sachin Tendulkar who was part of the Road Safety World T20 series comprising of legends will not be taking part in this tournament which is a massive miss for the fans. However, there are some legendary names in the squads with a lot of entertainment awaiting on the cards.

Yuvraj Singh confirmed his participation in the tournament last month while the recently retired Harbhajan Singh has also been included in the squad. All the matches will take place in Oman Cricket Stadium and it will be a delight for cricket fans around the world.

Here are the Legends League Cricket 2022 Schedule and Squads:

All matches of the Legends Cricket League 2022 will be live telecasted on Sony Ten 1 and Sony Ten 3 channels. The live streaming of the matches will be available on the SONY LIV app across India as the fans will be really excited to see the legends back on the field. All the matches are scheduled to take place at 8 PM IST.