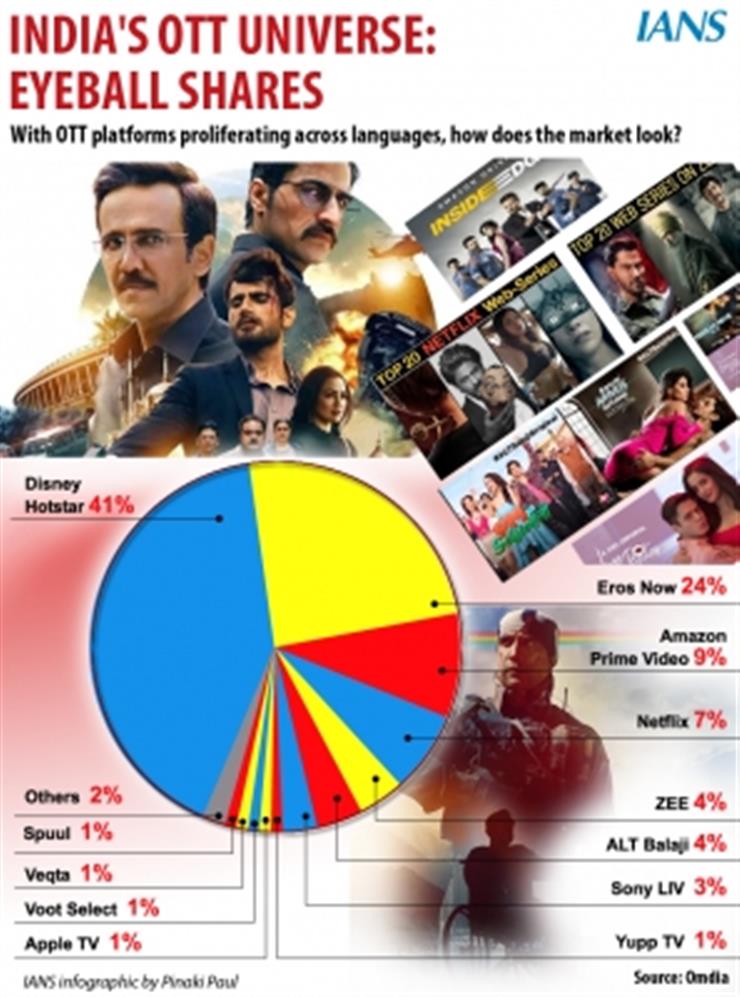 NEW DELHI: What do Indians love to watch on their smartphones? It is entertainment and cricket. Be it live streaming or TV shows, more and more of nearly 600 million Indians who use smartphones are watching their favourite shows on personal devices — giving a much-needed boost to the OTT platforms in the country.

From YouTube to Netflix and from Zee5 to MX Player, the daily consumption of content only increased in the two years of the pandemic.

Indians are currently spending close to five hours on their smartphones (according to app intelligence firm App Annie), and streaming is becoming an integral part for millions, including users from rural India.

“As more and more people buy smartphones with powerful specs, longer battery life and bigger screens, the content consumption is only set to grow in the country, ” Pathak told IANS.

The video streaming market in India has exploded — thanks to Reliance Jio and its ultra-cheap data packs — with more than 65 per cent of video consumption coming from rural India that has around 40 per cent Internet connectivity.

The broadening of the traditional audience in the streaming space, the popularity of international content (such as Korean or Spanish) in India, and the ability to attract a wider audience through subtitles and dubbed content have made established streaming service providers revise their strategy for the Indian market, according to reports.

In December 2021, Netflix slashed the prices of its streaming services in India by 60 per cent, to Rs 199 a month for its basic plan. On the other hand, Amazon Prime Video and Disney+ Hotstar actually marginally hiked their monthly subscription rates.

Netflix and Amazon Prime Video do not reveal their country-wise figures.

Wilmot Reed Hastings, Co-Founder, Chairman and President at Netflix, had said earlier this year that what’s unique about India is that cable is about $3 per month per household.

“So radically different pricing than the rest of the world, which does impact consumer expectations. The great news is in every single other major market, we’ve got the flywheel spinning. The thing that frustrates us is why haven’t we been as successful in India. But we’re definitely leaning in there, ” Hastings had told analysts.

According to Gregory K. Peters, COO and Chief Product Officer at Netflix, they are learning more about Indian consumers’ tastes which is broadening the offerings in the service across many different dimensions.

India, which is the third-largest 5G smartphone market globally, saw nearly 30 million smartphones that were 5G-ready in 2021 — from just 3 million in 2020.

The total cumulative shipments of smartphones in the country are expected to reach 1.7 billion over 2022-2026, creating a market of about $250 billion; of which, nearly 840 million 5G devices are expected to be sold in a span of five years.

“I think 5G will have a positive impact on OTT consumption in India. The biggest change one can expect is the quality of the content that can be consumed anywhere, especially on the go, ” said Pathak.

This, said Pathak, can further spark innovation and make OTT a very competitive space, especially when everyone is targeting to get maximum share of users’ time.