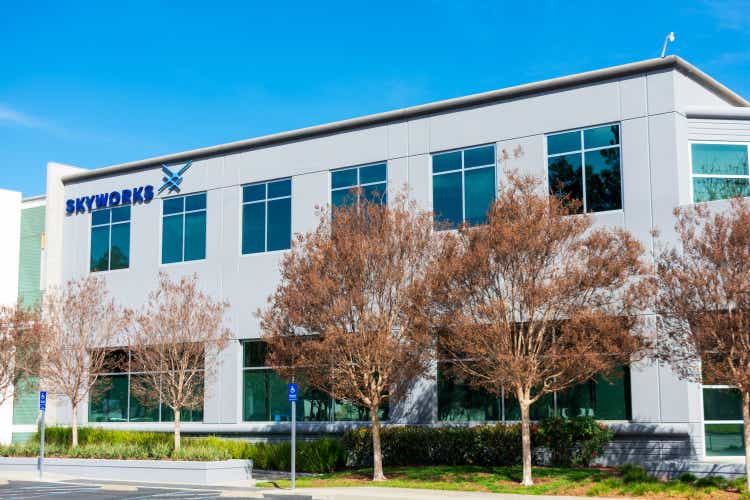 Analyst Gary Mobley lowered his rating on Skyworks Solutions (SWKS) to equal weight from overweight, while also cutting the price target to $95 from $130. Mobley pointed out that in a slowing 5G environment, it’s unlikely investors will move back to companies in the RF front-end space.

“In fact, over just the past six months, we believe there has been a rotation in each company’s shareholder base whereby deep value investors have taken an interest in the companies,” Mobley wrote in a note to clients, while also discussing the firm’s downgrade of Qorvo (QRVO).

The analyst added that the downgrade came before investor sentiment gets “more positive” and there are signs of the chip cycle hitting a bottom.

Skyworks (SWKS) generates more than half of its total revenue from Apple (AAPL) and it’s likely that companies with outsized exposure “will continue to trade at a large discount to peers,” given the smartphone market is not a growth industry and companies require on increased content for growth.

Late last month, Bank of America cut its iPhone sales estimates and said Skyworks Solutions (SWKS) would be among the companies most likely to be impacted.

Analysts are largely positive on Skyworks Solutions (SWKS). It has a BUY rating from Seeking Alpha authors, while Wall Street analysts rate it a BUY. Conversely, Seeking Alpha’s quant system, which consistently beats the market, rates SWKS a HOLD.