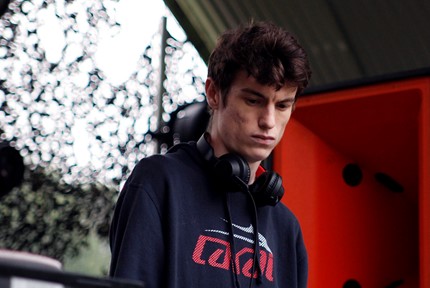 At the start of the year, the electronic producer Skee Mask removed his discography from Spotify. His Munich-based record label, Illian Tape, then followed his example by removing their entire back catalogue too. This move doesn’t come as a surprise given that Skee Mask’s most recent album Pool, released in 2021, was only available on services like Bandcamp or to buy physically.

Skee Mask explained the reasons behind his decision to fans on Twitter, stating that he has “nothing against streaming in general” as it makes music so much more accessible. He instead takes issue with how Spotify and other streaming services don’t give creators any respect or space. He claims that his music will return to Spotify when or if they can treat musicians honestly and respectfully.

Notably, Skee Mask isn’t doing this out of greed or for more profit, stating that if people can’t access his music any other way, “feel free to digitally steal it anywhere.” The electronic producer just doesn’t want any more money going to Spotify, a corporation he views to be hindering the advancements of the industry.

In a later tweet, Skee Mask noted, “it’s not about taking a stand” or hoping to make a change. It’s doing the stuff that feels right for yourself without being forced into something because “everyone’s doing it”. Despite this proclamation, many social media posts I saw discussing this move from Skee Mask and Ilian Tape hoped to see this as a start of other record labels and artists following suit. A big electronic label like Ilian Tape doing this could inspire others to do the same. Although being discussed amongst fans and journalists, this move alone won’t do much to affect the massive corporate beast that is Spotify. However, if enough labels across the industry do follow in removing their music, it could force Spotify to change.

Ilian Tape supporting and following Skee Mask in this is a great step in the right direction. Often it has been artists acting individually, but record labels doing this is way more powerful. In the midst of the exploitative nature of streaming services today, record labels need to start trying to alter the industry as a collective, as this provides a big step forward.

Sadly, some record labels are institutions that artists must battle against to get fair renumeration and respect. Ilian Tape could hopefully represent a shift in relationships within the music industry, with the record labels siding with the artists.

If you want to support Skee Mask you can buy his music from his bandcamp webpage!