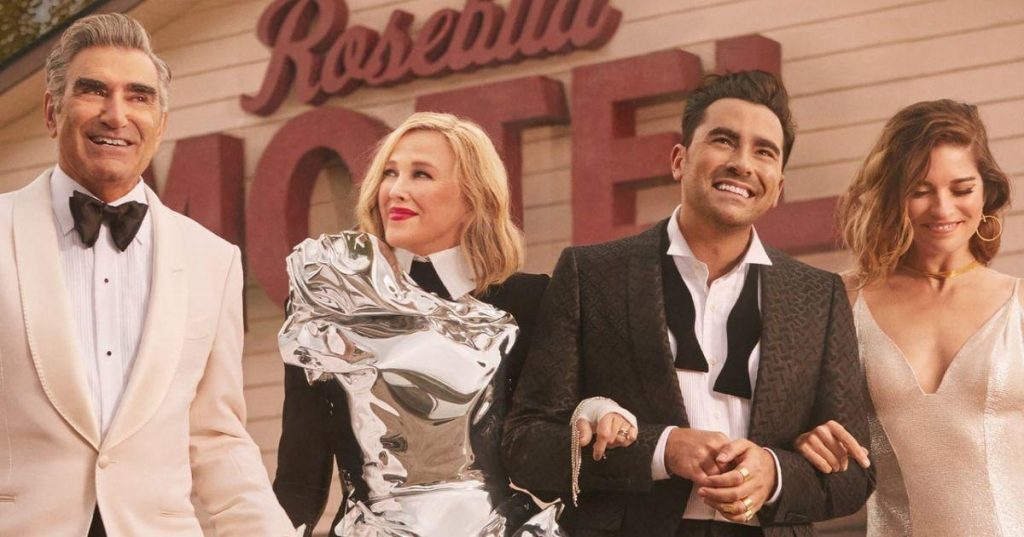 One of the most popular sitcoms on Netflix is about to leave the service. No, we’re not talking about Friends, Parks and Recreation, or The Office. This time, Schitt’s Creek is exiting Netflix. The Emmy-winning Canadian comedy series from Dan and Eugene Levy is easily one of the most beloved comedies to arrive in the last few years, and it has been a hit on Netflix for quite a while. Sadly, it’s leaving in less than two weeks.

On Wednesday, Netflix released its monthly newsletter to tell subscribers which movies and TV shows are making their way to the streaming service in October, as well as the titles set to exit. Schitt’s Creek was unfortunately on that second list. All six seasons of Schitt’s Creek are leaving Netflix on October 2nd.

Fortunately for fans of Schitt’s Creek, the series isn’t leaving streaming altogether. After exiting Netflix on October 2nd, the entire series will arrive on Hulu one day later. There won’t be any break in streaming, the show is just changing services.

What Is Leaving Netflix in October?

There’s a whole horde of movies and TV shows leaving Netflix next month, including Hemlock Grove, one of the streaming service’s very first original series. You can check out the full list of departures below.