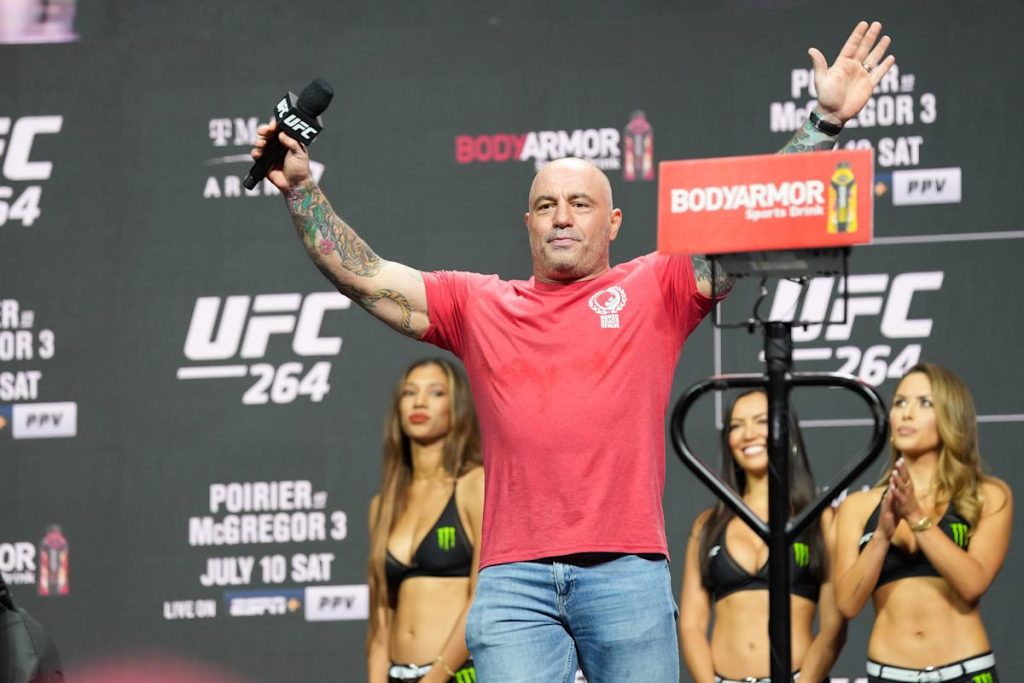 The television broadcast of UFC 271 on Saturday night won’t include Joe Rogan.

According to multiple reports, the controversial personality and podcast host won’t handle his normal duties for the MMA broadcast. The New York Post cited a UFC official who said that Rogan had a “scheduling conflict” preventing him from being on the broadcast. Former middleweight champion Michael Bisping will replace Rogan on the ESPN and pay-per-view broadcast.

That “scheduling conflict” comes as Rogan has been mired in controversy in recent weeks as his Spotify podcast has been a source of COVID-19 vaccine misinformation and over 100 episodes were pulled from the streaming service because of Rogan’s use of the N-word on some episodes, misinformation and other controversial topics.

Spotify has said that it will add disclaimers to some episodes that are still on the service. Multiple singers and musical artists have removed their songs from Spotify in protest of Rogan’s exclusive contract.

Rogan issued an apology video last week for previous things he had said and said his use of racial slurs was shameful and regretful. But also said on a podcast episode this week that the controversy surrounding the contents of his popular podcast is a “political hit job.”

YouTube personality turned boxer Jake Paul accused Rogan of being pulled from Saturday’s broadcast and said that UFC president Dana White should have been the one removed instead. Paul and White do not get along and Paul has demanded significant reforms to the UFC amid a promise to retire from boxing and participate in a one-time UFC fight if those demands are met.

Rogan has been a part of UFC broadcasts for 25 years after he got his start in early February 1997 at UFC 12 conducting post-fight interviews. He then moved into a commentary role for UFC in 2002 and started his podcast in 2009.