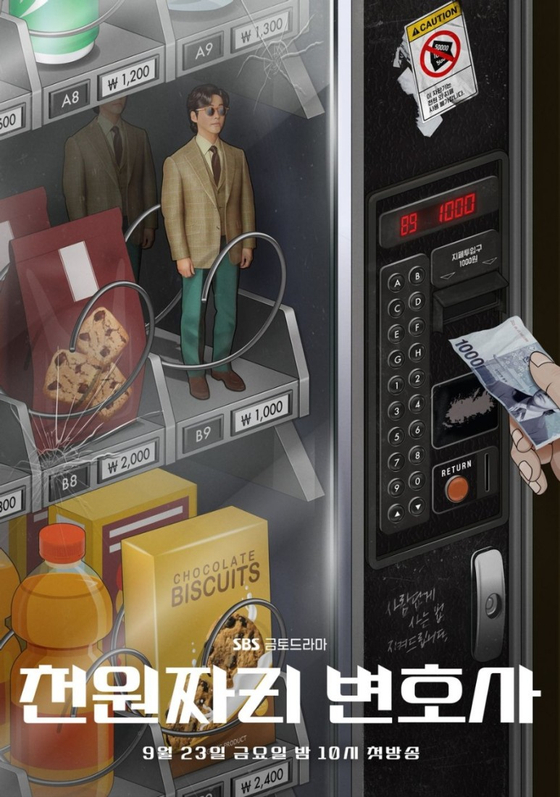 
New SBS drama “One Dollar Lawyer” is powering on with skyrocketing ratings and topping lists on streaming services.

“One Dollar Lawyer,” lead by actor Namkoong Min, hit 8.1 percent in Nielsen Korea’s viewership ratings for television for its first episode, recording the highest rating for a first episode form a miniseries this year. For episode three, aired in the second week since the series began, the viewership rating climbed to 12.9 percent and emerged as the top miniseries of the week.

The drama’s popularity is also shown in streaming services, as “One Dollar Lawyer” topped the most-watched Korean-language shows lists on Disney+ and Wavve.

In “One Dollar Lawyer,” lead Namkoong Min plays Chun Ji-hoon, a skilled renegade lawyer who only charges 1,000 won ($0.7) as his attorney’s fee. Kim Ji-eun plays Baek Ma-ri, a trainee at the Judicial Research and Training Institute, while Choi Dae-hoon plays Seo Min-hyuk, a prosecutor. It airs every Friday and Saturday on SBS.